The office of Democratic Minnesota Rep. Ilhan Omar revealed Thursday she will be joining the House’s newly formed Black-Jewish Caucus.

A spokesman for Omar confirmed to Jewish Insider that Omar intends to join the bipartisan committee a day after the Minnesota congresswoman expressed her support for it on Twitter.

“Last month, [Democratic Illinois Rep. Jan Schakowsky] and I joined together to talk about the common threat of white nationalism faced by Muslim, black and Jewish-Americans,” Omar said. “Glad to see colleagues follow through in working on the things that unite us and not divide us.”

Omar, and fellow Democratic Rep. Rashida Tlaib of Michigan became America’s first Muslim congresswomen and their time in office has been embroiled in allegations of anti-Semitism and anti-American sentiments.

She appeared to side with the Islamic terrorist organization Hamas after the Palestinian terror organization launched nearly 600 rockets into Israel from across the Gaza border in a 24-hour period earlier in May. Hamas claimed responsibility for multiple Israeli deaths.

Omar has defended her own anti-Israeli statements, such as ones invoking Allah to expose Israel’s “evil doings” as well as promoting age-old anti-Semitic canards such as that Jews’ support of Israel is paid for and that they have a dual loyalty to the U.S. and Israel.

The House of Representatives passed an anti-hate resolution that was intended as a reprimand for Omar’s anti-Semitic comments. 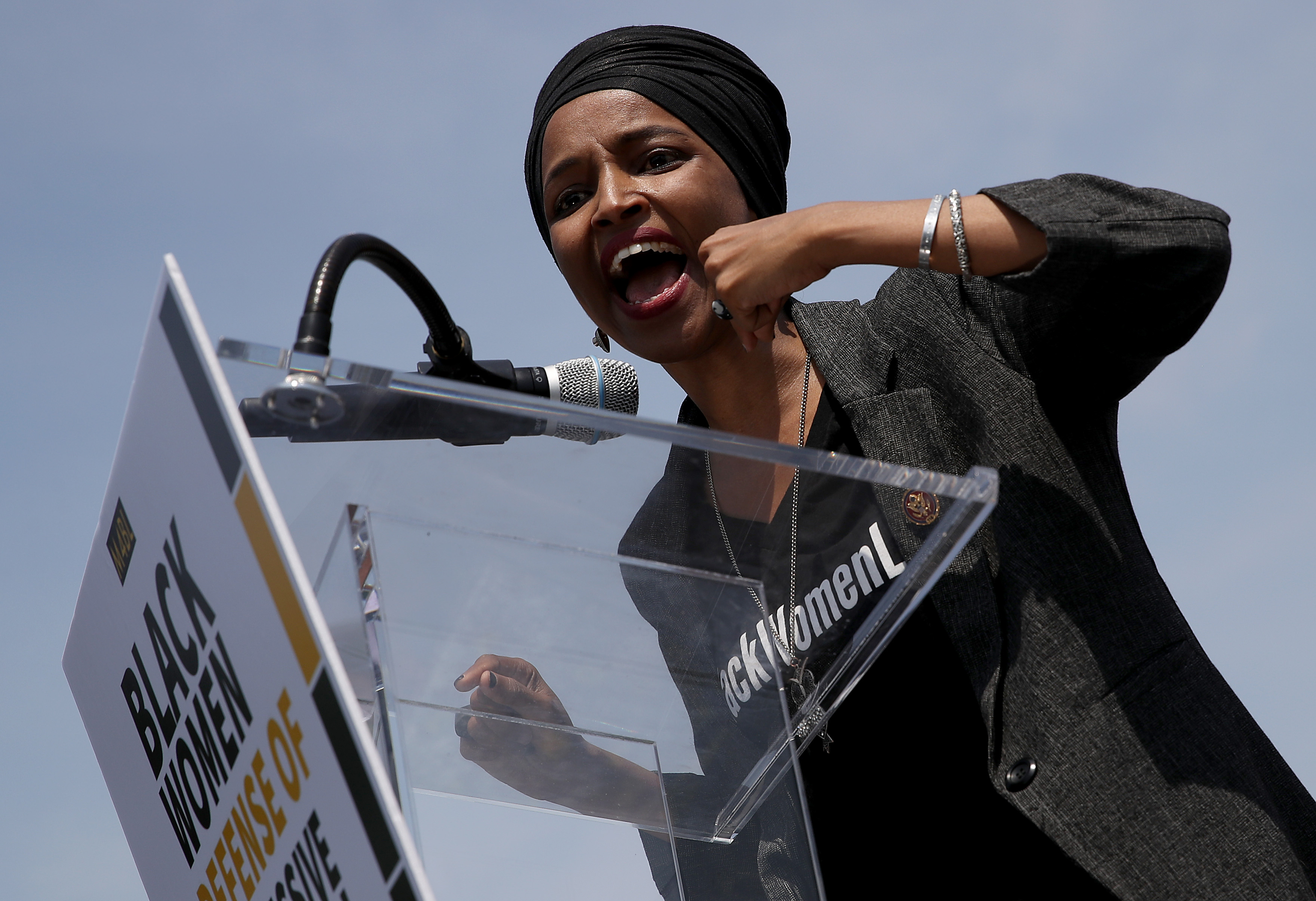 The freshman congresswoman has also fundraised with the Council on American-Islamic Relations (CAIR), a notable pro-Palestinian organization with ties to Islamic terror groups. The U.S. Department of Justice listed CAIR as an unindicted co-conspirator in funding millions of dollars to Hamas. Additionally, the United Arab Emirates named CAIR a terrorist organization along with al-Qaeda and the Islamic State in 2014.

While speaking to CAIR, Omar described the Sept. 11 terrorist attacks as merely an event where “some people did something.” (RELATED: Top Democrat Slams Ilhan Omar Over Her Comments About Jews)

Omar has repeatedly denied she is anti-Semitic, however, she promotes the Boycott, Divestment and Sanctions (BDS) movement, which seeks to punish Israel by economically depriving the country for its alleged mistreatment of Palestinians living in the Gaza Strip and West Bank. The Anti-Defamation League describes BDS as “the most prominent effort to undermine Israel’s existence.”

Members of the Minnesota Democratic Party are considering removing Omar from congressional office for her repeated anti-Semitic statements.