In Chief Justice Roberts’ majority decision Thursday tentatively rejecting a citizenship question on the 2020 census, he rejected the Trump Administration’s “voting rights” argument as “contrived,” saying executive branch officials must “offer genuine justifications for important decisions, reasons that can be scrutinized by courts and the interested public.”

He indicated in his majority opinion in United States Department of Commerce v. New York that if presented with a more compelling – or even reasonable – argument for a citizenship question, he could rule the other way. (RELATED: Chaos Reigns Ahead Of Supreme Court Ruling On Citizenship Question)

Well, there is a quite compelling reason to know where American citizens live: the bedrock democratic principle of one-person, one-vote.

Under our current system of reapportionment based on residents rather than voters, some people’s votes count more than others. Let’s take an exaggerated example: 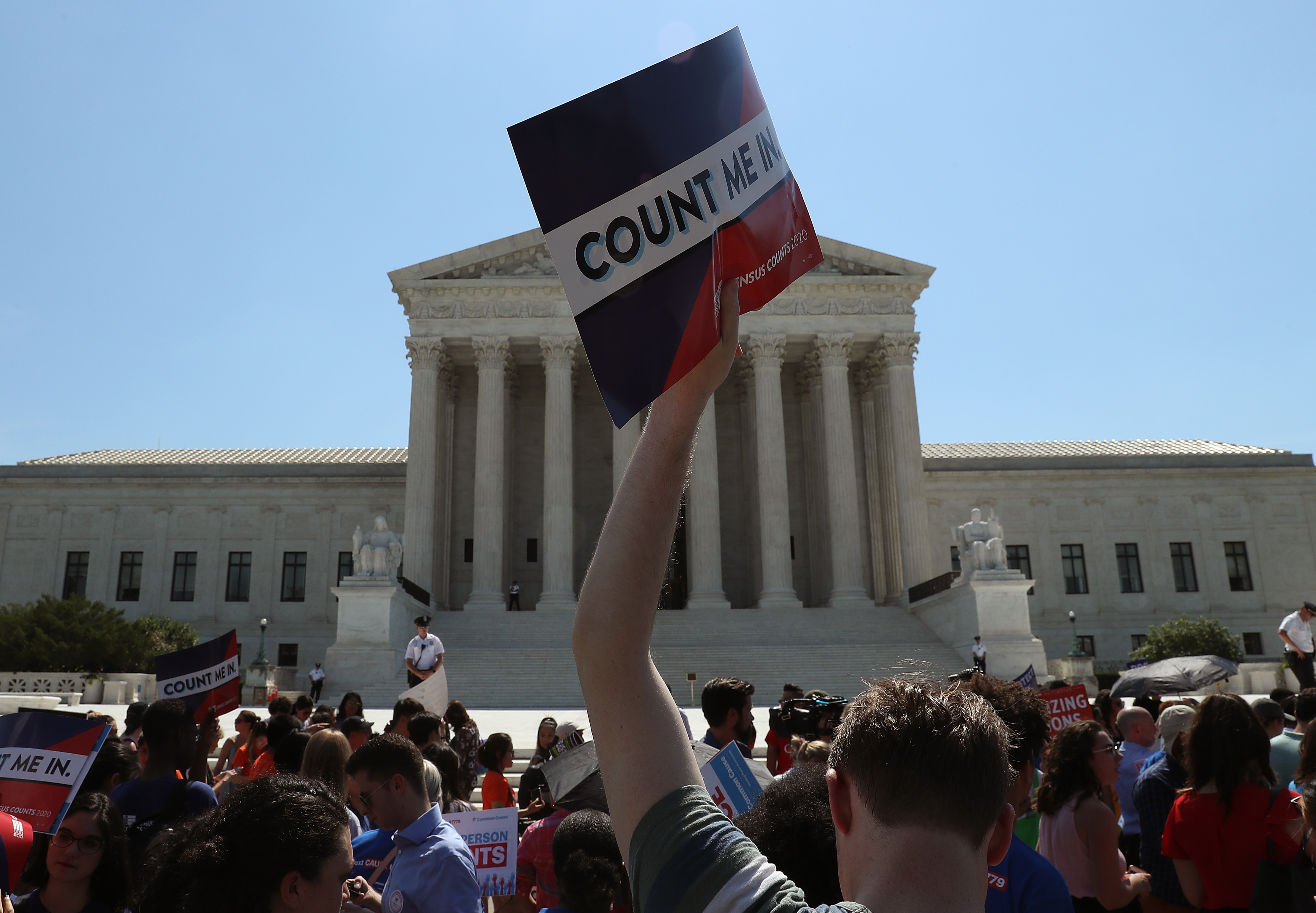 WASHINGTON, DC – JUNE 27: People gather in front of the U.S. Supreme Court after several decisions were handed down on June 27, 2019 in Washington, DC. The high court blocked a citizenship question from being added to the 2020 census for now, and in another decision ruled that the Constitution does not bar partisan gerrymandering. (Photo by Mark Wilson/Getty Images)

That means a vote in District A is worth double the influence in picking a representative as a vote in District B. It subverts “one-person, one-vote” principle rather precisely. (RELATED: Liberals Win Day At Supreme Court, Though Gerrymandering And Census Cases Remain)

An easy way a state could fix the problem is to count only eligible voters when drawing district lines. However, states cannot do that without data on where citizens live.

Now, the Supreme Court has never ruled on whether a state can draw district lines for Congress based on voters rather than residents. In fact, its unanimous 2016 decision in Evenwel v. Abbott allowed state legislatures to count using total population rather than voter population, but it did not require them to do so – and it did not address Congressional redistricting at all.

In her majority opinion representing six of the justices, Justice Ruth Bader Ginsburg concluded “we need not and do not resolve whether, as Texas now argues, states may draw districts to equalize voter-eligible population rather than total population.”

So, in the next round of redistricting a state very well might decide, in the name of “one-person, one-vote,” it will use eligible voters rather than residents to draw its lines. There’s nothing in constitutional jurisprudence, as of now, that says they can’t.

But if the census doesn’t ask who’s a citizen they can’t.

So, if the Trump Administration argues it wants the citizenship question to give states who desire it the necessary data to redistrict based on eligible voters rather than residents, it will have been given Roberts a justification to approve the citizenship question. The chief justice has not demanded an air-tight case, just to be satisfied that a legitimate reason exists.

Even if some people don’t like the reason, it is a clear, logical reason, and that’s all Roberts demanded in Thursday’s decision.