Nearly 20 years ago, an image of six-year-old Elián González, who had been rescued at sea floating in an inner tube after his mother had drowned trying to escape Cuba for the U.S., captivated the country.

The photograph, which depicted militarized federal agents seizing a petrified Elián at gunpoint from the arms of the fisherman who rescued him, reframed the debate over the excessive use of government force to apply immigration law. The Washington Post even claimed the image “created the debate.”

This week’s image of Óscar Alberto Martínez Ramírez and his two-year-old daughter Valeria, who sadly had no inner tube, has the potential to do the same for today’s immigration debate. The photograph of father and daughter, lying dead in each other’s arms at the foot of the Rio Grande, is a haunting distillation of the human toll of migration today. 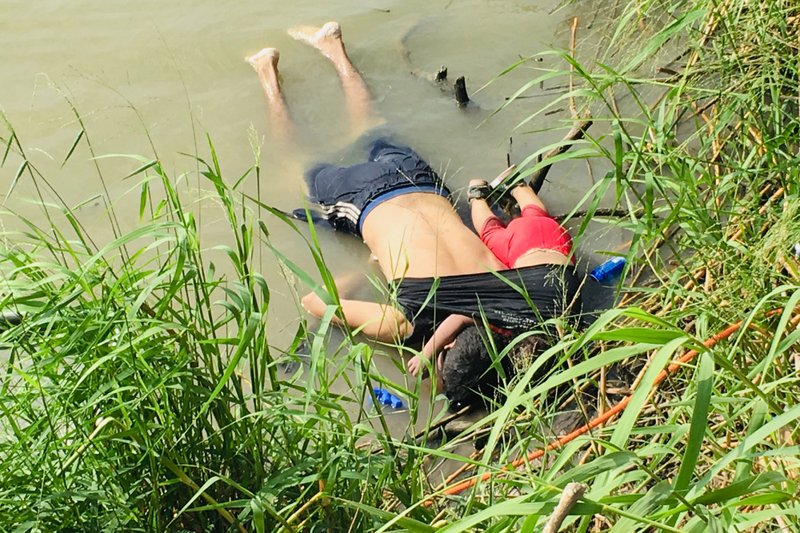 Such evocative images can do more to shift public opinion than a hundred think tank white papers or talking point-laden op-eds. They touch us on a visceral and emotional level, overcoming the resistance to arguments directed at the brain’s frontal lobe.

Like the González image, this week’s one is a reminder of the personally and economically oppressive conditions in Central America that lead parents to risk their children’s lives in the pursuit of a better life in the United States. Like the 2015 photo of a dead three-year-old Syrian boy washed up on the Mediterranean shore, it puts a face to the stories and statistics of migrant deaths.

It’s nearly impossible, living in the comfort of Netflix, Amazon Prime, and a booming economy, to understand the brutal economic conditions, migrants face thanks to their socialist governments that are rife with corruption. Even the horror stories of pervasive violence and poverty don’t pierce the consciousness like this photo.

According to his mother, Ramirez wanted to work in the U.S. for a few years to save up enough money to buy a home in El Salvador. “They wanted the American dream,” she said. Reportedly, the family tried to apply for asylum but were faced with an indefinite wait thanks to the current immigration policy of “metering,” which severely restricts the number of daily asylum applications at official border crossings.

You don’t have to understand the nuances of immigration policy to look at this photo in anger and think: There’s got to be a better way to help these desperate migrants than leaving them with no other option than to swim across the Rio Grande. The image should melt away restrictionists’ steadfast opposition to immigrants in favor of a position that values the higher moral and Judeo-Christian impulse to value all life.

The inevitable strawman retort to this sympathetic position is: We can’t have open borders. Yet, as far as I can tell, no serious person is calling for such a policy. Rather, immigration reform must simply put in place some legitimate opportunity for people like Mr. Ramirez and his family to come to the U.S. to pursue the American dream in the same way our ancestors did. As we’re seeing, the current asylum system is not the answer.

The best practical and political immigration compromise to achieve this goal is a market-based work visa system, which would allow migrants to fill some of the 7.4 million unfilled jobs across the country. The Labor Department estimates that more than one million home care aides alone will be needed over the next several years to serve the aging Baby Boomers.

Would such reform have helped the Ramirez family? Maybe not. But it would at least have given them hope and something to strive for. At the moment, the existing work visa options are expensive, bureaucratic, seasonal, and vastly oversubscribed.

This policy reform should be attractive to Americans because it protects taxpayers by admitting migrants who immediately become productive members of society, paying taxes and boosting the economy.

Yet ultimately, such a solution is about morality. It’s about giving migrants the same opportunities that our forefathers enjoyed. It’s about saving the lives of people like Óscar and Valeria Ramírez.

Jordan Bruneau is an immigration policy analyst in Los Angeles.