A white supremacist who drove over a crowd of protesters during a white nationalist rally in Virginia in 2017 was sentenced Friday to life in prison on hate crime charges.

James Alex Fields Jr. was sentenced after pleading guilty in March to hate crime charges after his actions killed one person and injured more than two dozen others. Fields, who will be sentenced in July on separate charges, apologized before the judge before being sentenced.

The “Unite the Right” rally in 2017 drew hundreds of white nationalists to Charlottesville to protest the removal of a statue of Confederate Gen. Robert E. Lee. (RELATED: We Got Behind The Lines Of White Supremacy In Charlottesville. Here’s What We Saw) 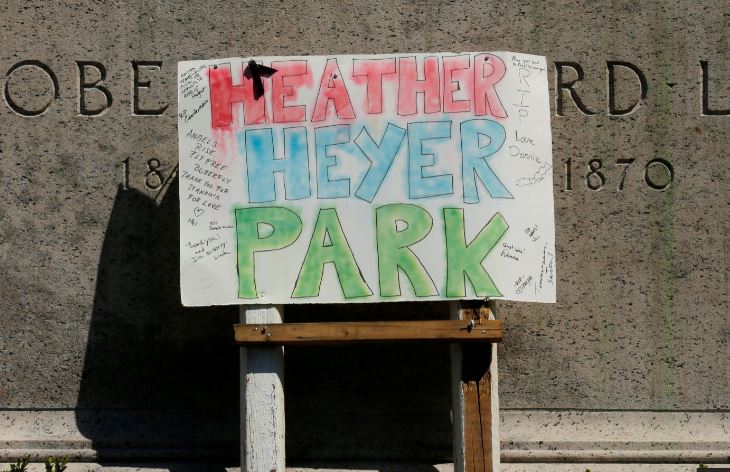 A sign honoring car attack victim Heather Heyer covers the name on the statue of Confederate General Robert E. Lee in the park formerly dedicated to him, the site of recent violent demonstrations in Charlottesville, Virginia, U.S. August 18, 2017. REUTERS/Jonathan Ernst

There were some protesters who did not embrace white nationalism or white supremacy but worried tearing down confederate statues amounted to erasing important parts of American history. And there were, among the counter-protesters, Antifa activists.

The Virginia Sons of Confederate Veterans, a charitable organization open to male descendants of Confederate soldiers, had already sued the city to prevent the removal of the statue in question but spoke out in condemnation of white supremacists.