Betting oddsmakers are predicting that President Donald Trump has a good chance of winning reelection, despite polling that shows him behind virtually every Democratic candidate.

Wednesday and Thursday night’s “contentious debate helped the odds that President Trump will win reelection,” said BetOnline.ag, according to The Washington Examiner. “Odds of reelection are the best for Trump since he won in 2016.”

The president’s odds for winning reelection were 10/11 after the debates, or favored to happen at just above 52%, compared to a surging Kamala Harris, who came in at 5/2. 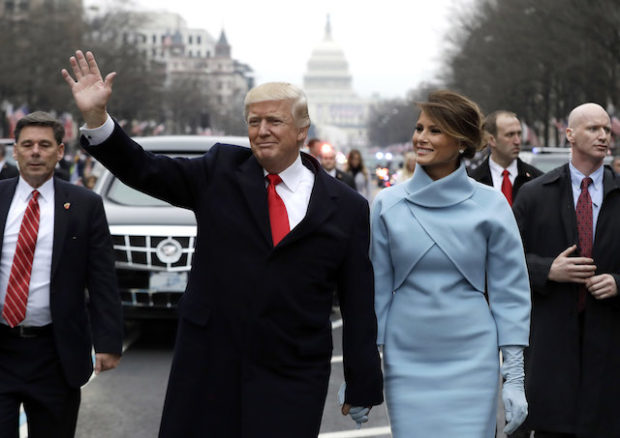 U.S. President Donald Trump waves to supporters as he walks the parade route with first lady Melania Trump after being sworn in at the 58th Presidential Inauguration January 20, 2017 in Washington, D.C. Donald J. Trump was sworn in today as the 45th president of the United States (Photo by Evan Vucci – Pool/Getty Images)

Another betting behavior aggregator, US-Bookies, reported Tuesday before the debates that Trump had a 45.2% chance of winning reelection. Even then, the president enjoyed a 51.2 to 48.8% lead over his closest rival, former Vice President Joe Biden.

“These numbers are an expression of probability of each candidate winning 2020, derived from the global betting markets (worth $100m or more), where investors are asked to make an accurate prediction as to who they think will win the race,” said a US-Bookies spokesman. “The money wagered on each candidate dictates the odds and therefore the percent chance, based on simple laws of supply and demand. In 2016, some election simulators and polls gave Trump under a 2% chance of success, while the betting market comfortably gave the president anywhere between a 25% and 40% chance of success.”

Even so, “the message from the bookmakers remains crystal clear,” a US-Bookies.com press release said. “There has never been a better chance of another four years of Trump in the White House.”