A Manhattan Chick-fil-A was vandalized during Sunday’s Pride parade, according to photos provided to the Daily Caller.

The photos, taken of the Chick-fil-A location on 46th Street in Manhattan, show the words “F**k haters” scrawled across the windows and an “X” in red duct tape bearing the same words. There was also a small sign reading “LOVE is a terrible thing to waste” propped against the door. (RELATED: ‘Save Chick-fil-A’ Bill Approved By Texas Governor) 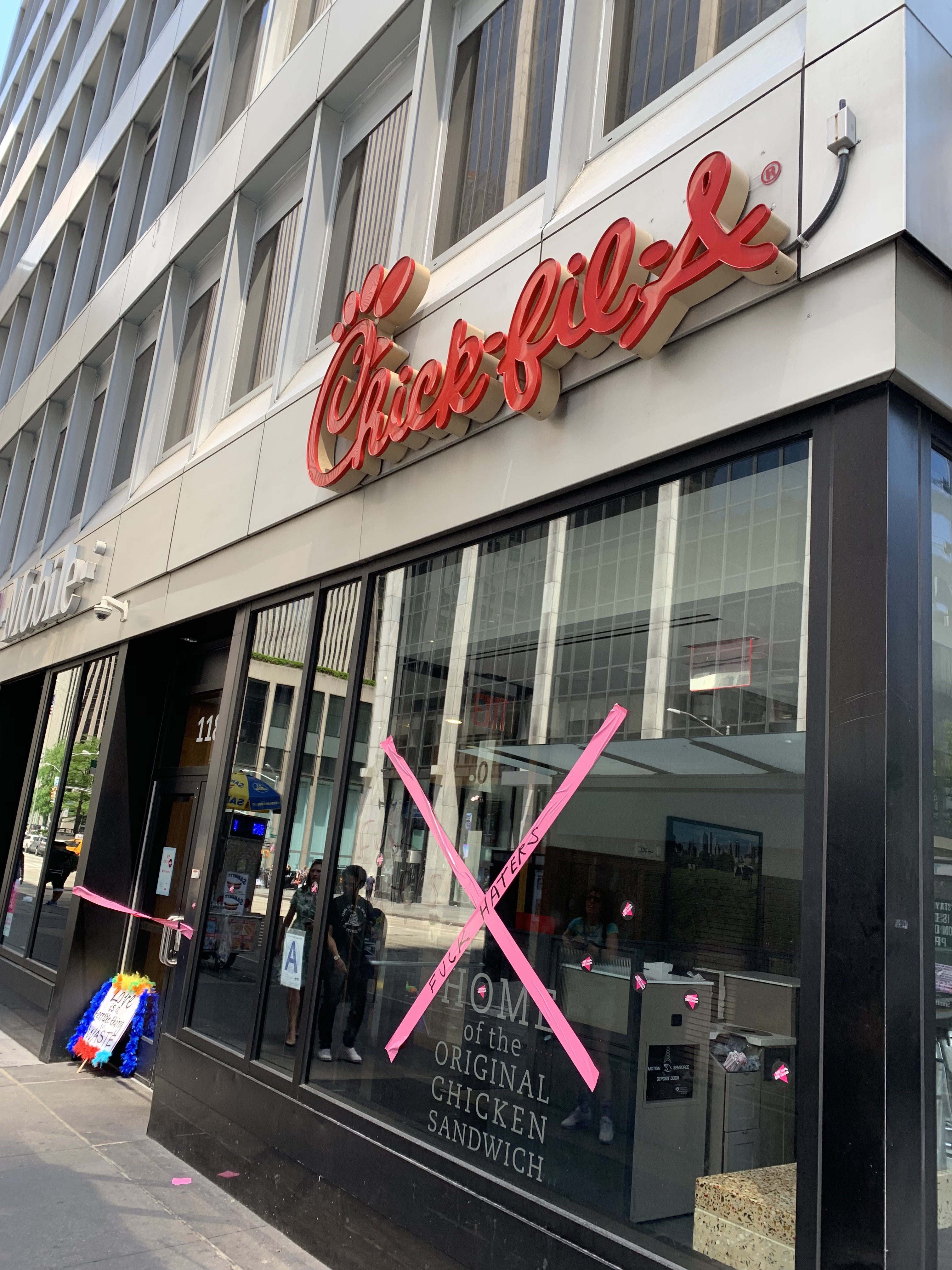 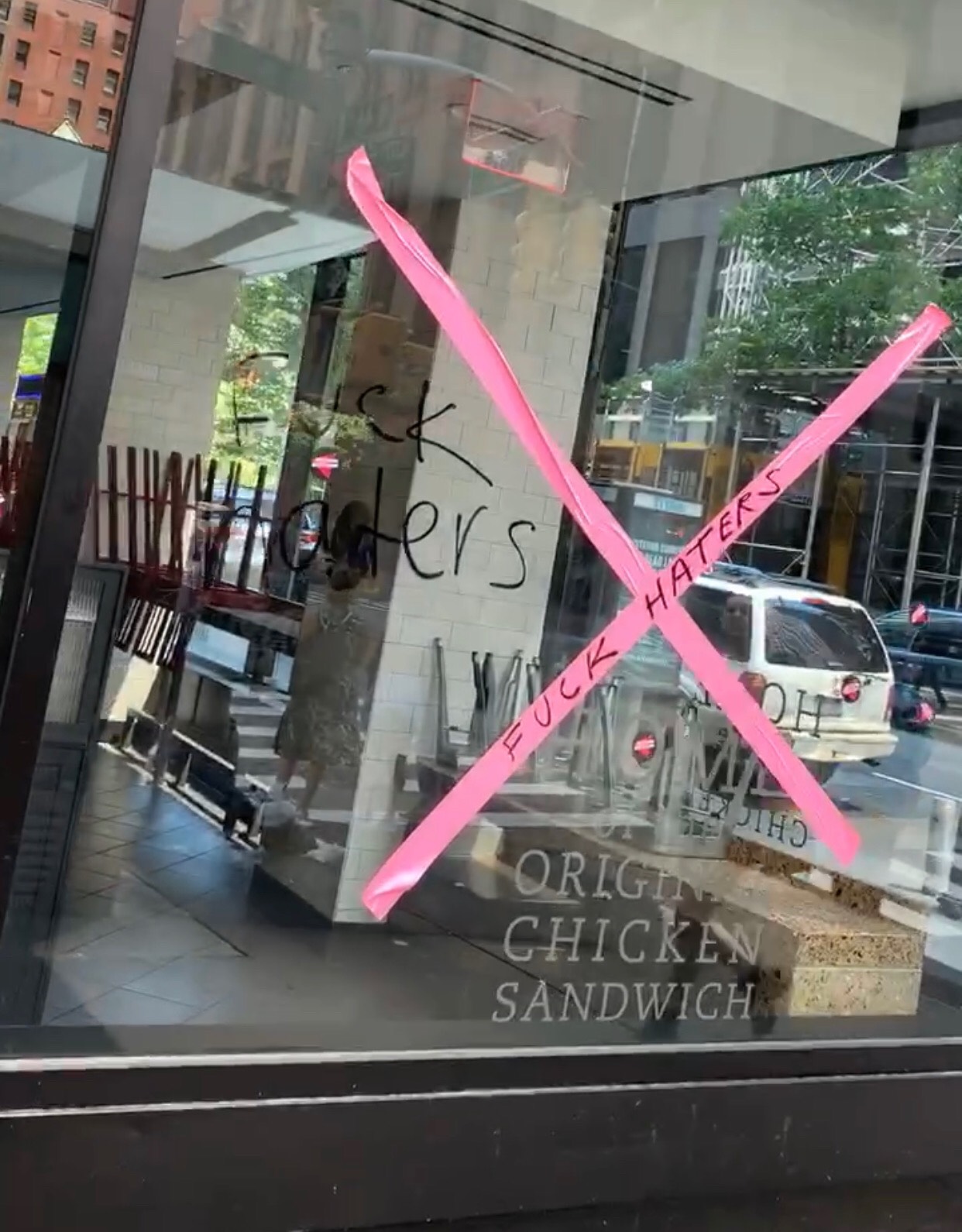 Sunday, June 30, marked the end of Pride month, which culminated in the massive World Pride Parade through lower Manhattan.

New York City’s Pride parade has kicked off in a colorful celebration in lower Manhattan. https://t.co/AXS90EQoxb

Chick-fil-A has often been the target of LGBTQ activists who claim that the chain restaurant is “anti-gay” because the owners, who are Christians, support organizations that recognize marriage as a union between a man and a woman.