Despite ongoing criticism from activists, fast food chain Chick-fil-A is projected to become the third-largest restaurant chain in the U.S., according to an analysis from Kalinowski Equity Research.

The fast food chicken chain will rise from its seventh-place spot to rank as the third-largest U.S. restaurant chain by 2018’s close, according to the group’s research, Business Insider reported.

“We have long pointed out that Chick-fil-A is the restaurant competitor with which McDonald’s … should most concern itself — and by extension, investors should, too,” analyst Mark Kalinowski wrote in his report.

“But this goes beyond McDonald’s,” Kalinowski noted.

Kalinowski previously predicted the chain would assume the third-place spot in sales by 2020, but changed his forecast in April to 2019, Business Insider reported. (RELATED: What This Chick-Fil-A Is Planning To Do With Its Employees During A Remodel Says Everything About What It Stands For)

Chick-fil-A’s sales will have risen between 12 and 15 percent by the end of 2018, amounting to an over $1 billion increase in sales, according to Business Insider.

McDonald’s and Starbucks claim the number one and two spots for restaurant chain sales in the U.S., respectively. Subway ranks third followed by Taco Bell, Burger King and Wendy’s, according to Business Insider.

“If this plays out this way, Chick-fil-A’s 2018 U.S. systemwide sales would easily surpass those of Burger King and Wendy’s,” Kalinowski wrote in his report, according to MarketWatch. 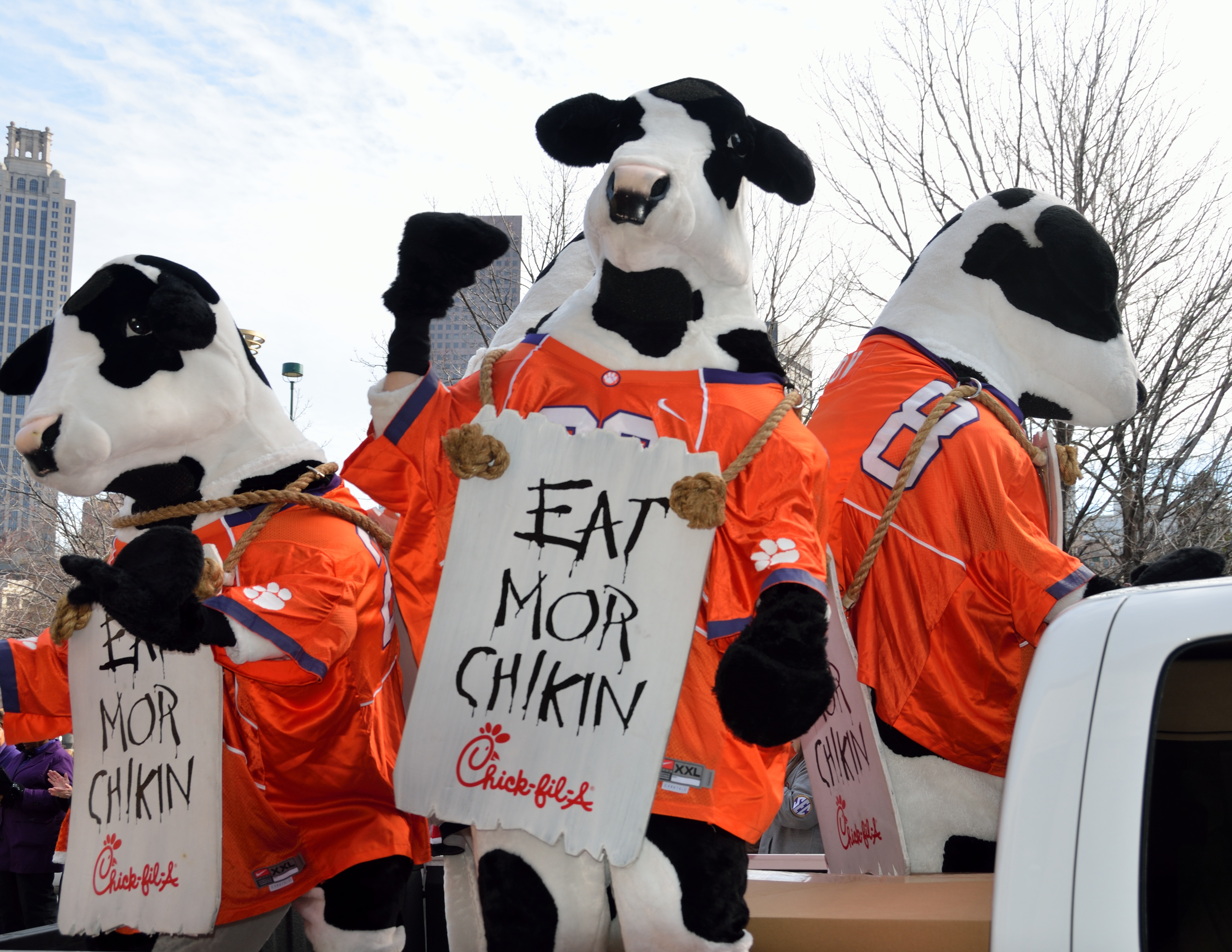 Famous ‘ Eat Mor Chikin ‘ cows at parade leading up to the Chick-fil-A bowl game. Event took place at the Georgia Dome with Clemson and LSU on December 31, 2012. Shutterstock/Paul Brennan

The chain faced a number of hurdles largely related to its religious affiliation and historical position on gay marriage.

Rider University refused to bring Chick-fil-A to its campus despite being students’ number one choice, citing unprogressive “corporate values,” Campus Reform reported. Other groups, including the Pittsburgh school board, spoke out against the chain for what they allege are its “hateful beliefs.”

Twitter CEO Jack Dorsey apologized in June, which is also Pride Month, for eating Chick-fil-A after facing social media backlash for posting about it.

Despite criticisms, Chick-fil-A ranked for the third consecutive year as the number one fast food restaurant in customer service in July, according to a market analysis.

“We know holiday travel can be frustrating, and there’s no better way to ease stress than with a box of delicious Popeyes fried chicken and a good laugh,” said chief marketing officer for Popeyes Hope Diaz.