Swalwell sent out a tweet, saying although he does not agree with Ngo, he should not be attacked for having different views. He also argued that whoever attacked him should be prosecuted. This comes after 2020 Democratic presidential candidate Andrew Yang expressed support Monday for Ngo, who was brutally attacked while covering an Antifa rally in Oregon on Saturday.

It took Swalwell days to condemn the attack, while also pushing his own legislation in his tweet, saying “Congress should pass my Journalist Protection Act, which makes it a federal crime to assault or batter a journalist.” Meanwhile, none of the other 2020 Democratic presidential candidates have condemned the attack.

I don’t agree with much of what @MrAndyNgo ever says. But that’s not the point. He should not be harmed for his views and his attackers should be prosecuted. *And Congress should pass my Journalist Protection Act, which makes it a federal crime to assault or batter a journalist. 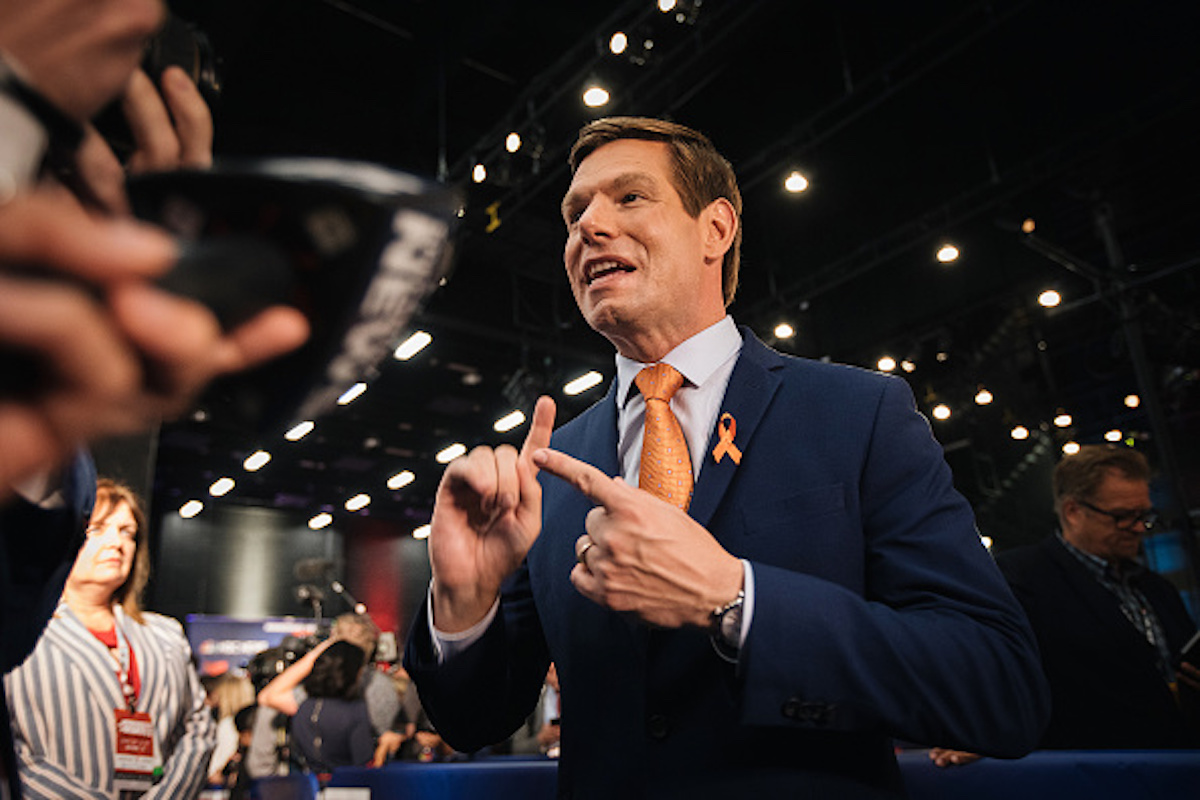 I hope @MrAndyNgo is okay. Journalists should be safe to report on a protest without being targeted.

Video from the attack on Ngo in Portland shows a group of people in masks attacking Ngo, punching the journalist, and hitting him with objects, as well as throwing milkshakes at him. Ngo, who lives in Portland, frequently covers Antifa activities in the city. (RELATED: ‘When I Thought It Was Over, I Was Wrong’: Andy Ngo Describes Brutal Antifa Attack)

“Then they started dumping what I believe were milkshakes and eggs, throwing it at my face which blinded me so that I could not see,” Ngo said Monday night on Fox News. “And I was kicked some more, punched some more. And all this time I kept thinking, where are the police? I could still see the county justice center in front of me, but no police ever arrived.”

Although Swalwell and Yang both asserted that any attack against a journalist was unacceptable, neither specifically condemned Antifa, the violent group behind the attack.