Some would-be refugees are reportedly trying to buy children in order to secure a trip across the Mexican border into the United States. 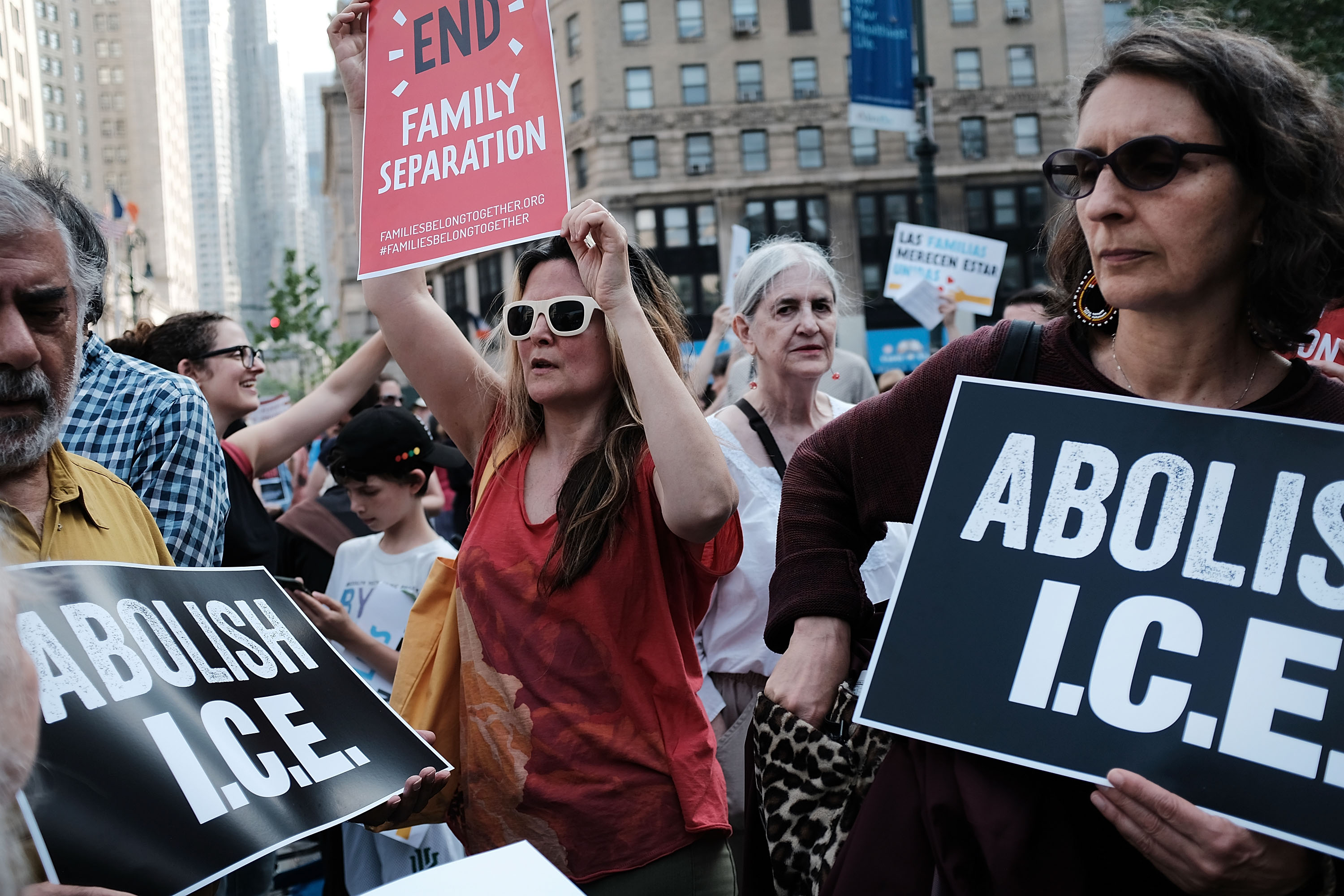 Hundreds of immigrant rights advocates and others participate in rally and and demonstration at the Federal Building in lower Manhattan against the Trump administration’s policy that enables federal agents to take migrant children away from their parents at the border on June 1, 2018 in New York,  (Photo by Spencer Platt/Getty Images)

It’s much easier to enter the United States with a child or children in tow because a policy known as the Flores Agreement dictates that migrant children can only be detained for a short period of time and then must be released — along with the adult who accompanied them. The family — real or not — can then wait for a refugee hearing or choose to flee. (RELATED: Beto Meets With Migrants  ‘Impacted By Donald Trump’s Cruel And Inhumane Policies’)

The difference can mean days in a detention center as opposed to weeks or months in such a facility — or just being turned back.

U.S. Customs and Border Protection has already indicated that migrants were “renting” children to appear like families. Then-Department of Homeland Security Secretary Kirstjen Nielsen reported last May that illegal immigrants were “recycling” children — with several migrants claiming the same children as their own.

A migrant mother and her children walk along a road with other Central American migrants during their journey towards the United States, in Tuzantan, Mexico Apr. 16, 2019. REUTERS/Jose Cabezas

But now it appears to be the Mexicans, who have agreed to a more robust border patrol, who are confirming reports that children have become the currency of illegal immigration, and Mexican authorities are warning migrant mothers about people potentially trafficking in human lives. (RELATED: Democratic Mayor: ‘We Are Sick And Tired’ Of Government Inaction On Illegal Immigration)

“I can’t go to work because I can’t take my eyes off my boys,”  Antonia Portillo Cruz, 44, said, according to the Times. She confirmed that traffickers are loitering about the shelter where she is staying, seeking to buy children, although she says she has not been solicited herself.

Cruz says the going rate for a child is about 7,000 Mexican pesos or $350. She is concerned that the traffickers might not take no for answer and will proceed to kidnap children for their purposes.

“They want to rob our kids so they can cross into the United States,” the Times reported.

The Tijuana municipal police are investigating reports of people attempting to buy children. The Times notes that the phenomenon was initially reported by Tijuana journalists Yolanda Morales and Yuriria Sierra for Imagen TV.

Tijuana shelter director Pastor Gustavo Banda acknowledged that many families at the border are afraid to lose sight of their children because of the constant threat of abduction, the Times noted.