Gabbard, who joined the Hawaii Army National Guard in 2003 and is an Iraq War veteran, has been vocal about her beliefs that the United States should choose isolationism, NPR reported. She talked about her thoughts on war in an interview with NPR.

She praised Trump for meeting with Kim and said she tried to encourage former President Barack Obama to meet with the North Korean leader as well. (RELATED: Trump Becomes First Sitting US President To Set Foot In North Korea)

“[This is] something I had encouraged President Obama to do as we pursued denuclearization of the Korean Peninsula,” Gabbard told NPR. “It was a good thing that Trump met with him.” 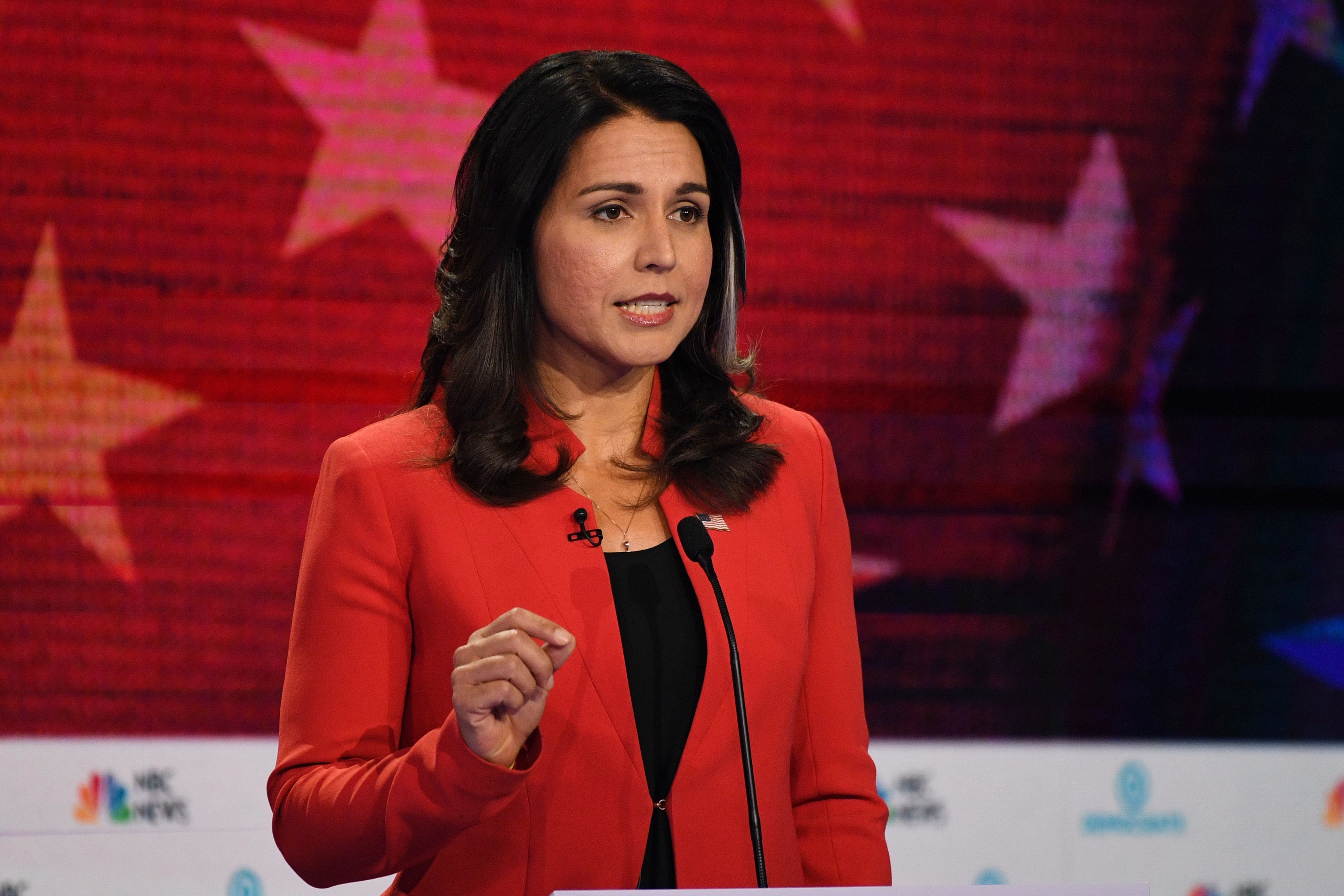 Gabbard went on to say that Trump should have been able to achieve more during these meetings, expressing frustration that “Trump’s own foreign policy” has inhibited him from making strides with North Korea.

“I think it’s seriously problematic that Trump’s own foreign policy is undermining any ability for him to actually negotiate a deal with Kim Jong Un,” Gabbard told NPR. “You know, you can’t go in and tell Kim Jong Un, ‘Hey, we’re not going to overthrow you, and we want to make a deal,’ while at the same time he’s torn up the Iran nuclear agreement and pursuing regime change efforts in other countries like Venezuela and Iran.”

Gabbard has faced criticism after meeting with Syrian President Bashar al-Assad in 2017. The meeting came during a time when his government was killing civilians, sometimes with chemical weapons, NPR reported.

She defended her decision to meet with Assad, saying that ensuring peace for the American people should be the number one priority, no matter whom a leader has to meet with to get that done.

“The leader of this country should meet with whomever is necessary in the pursuit of peace and the safety of the American people,” Gabbard said.

These foreign policy ideologies and her 2017 meeting with Assad have separated Gabbard from other Democratic candidates, NPR reported. She has gained supporters not just from the left, but also from right-wing figures.