Democratic presidential candidate and Hawaii Rep. Tulsi Gabbard answered a question about equal pay for women with a debate about Pentagon overspending during the first Democratic debate in Miami Wednesday night.

“The American people deserve a president who will put your interests ahead of the rich and powerful. That’s not what we have right now,” Gabbard said.

“For too long, our leaders have failed us, taking us from one regime change war to the next, leading us into a new cold war and arms race, costing us trillions of our hard-earned taxpayer dollars and countless lives. This insanity must end. As president, I will take your hard-earned taxpayer dollars and instead invest those dollars into serving your needs,” she continued. (RELATED: Trump On Rising Iran Tensions: ‘No More John Kerry And Obama!’)

Gabbard touted her background as an Iraq War veteran who served two deployments to the Middle East. She repeated her talking point that she would spend those military dollars on health care and a more environmentally friendly economy. Gabbard received a healthy amount of applause for the final portion of her pitch.

This is not a new idea coming from the Democrat who supported Independent Vermont Sen. Bernie Sanders in the 2016 presidential election. Gabbard has said for months that her top priority if elected will be to end U.S. military action in Iraq and Syria and seek detente with powers like Russia and China, reported Military Times. 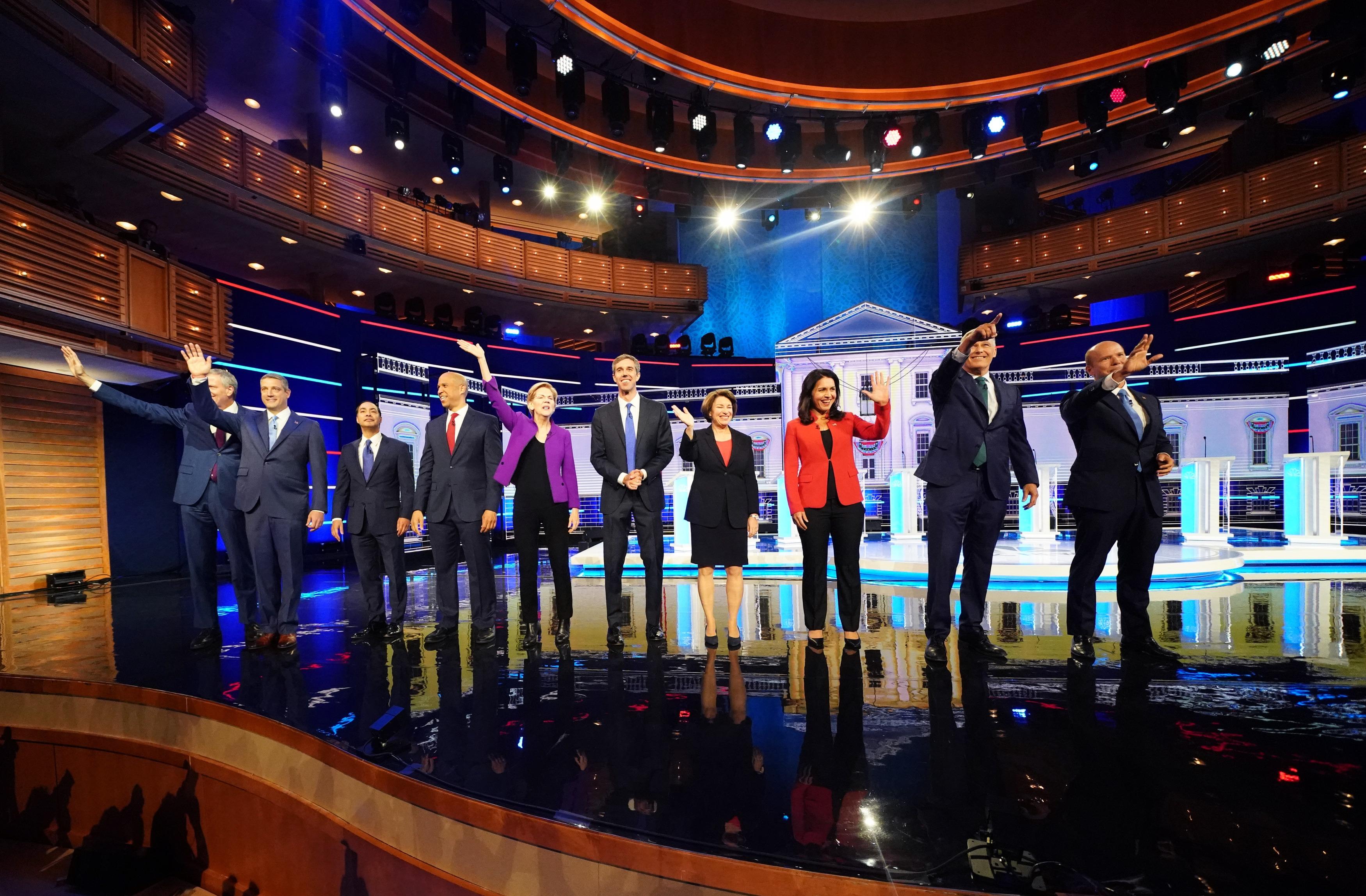 But Gabbard’s comments may make voters’ ears perk up more than they did a few months ago as tensions flare between the U.S. and Iran. President Donald Trump signed an executive order Monday placing “hard-hitting” sanctions on Iranian leaders after Iran shot down an unmanned U.S. drone last week.