It happened at the peak of the news cycle involving then-Democratic presidential hopeful Hillary Clinton’s email scandal. The 63-year-old host tweeted that he could care less about what was in Hillary’s emails and instead wrote that he was much more interested in seeing Bill’s emails.(RELATED: Jeffrey Epstein Is Going To Jail. Could Bill Clinton Be Next?) 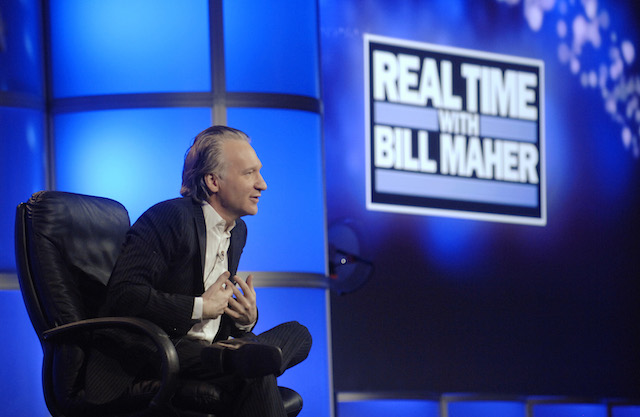 “Hillary’s emails? I want to see Bill’s: Hey, Epstein, gas up the plane, let’s go to Sex Island! I want to be balls deep in Russian w—e soon!” Maher’s tweet read back in March 2015, according to Fox News in a piece published Wednesday. (RELATED: Bill Maher: Social Justice Warriors A ‘Cancer On Progressivism’)

Hillary’s emails? I want to see Bill’s: Hey,Epstein,gas up the plane, let’s go to Sex Island! I want to be balls deep in Russian whore soon!

As previously reported, Epstein was arrested Saturday and charged with sex trafficking of minors between 2002 and 2005. In 2008, he spent thirteen months in prison after pleading guilty to procuring a minor for prostitution. He is also registered as a sex offender in the state of Florida.

According to documents obtained by Fox:

Epstein is longtime pals with Clinton and court documents obtained by Fox News in 2016 showed that Clinton took at least 26 trips flying aboard Epstein’s private jet, known as the “Lolita Express,” and apparently ditched his Secret Service detail on some of the excursions.

Shortly after news broke of Epstein’s arrest, the former president issued a statement stating that he “knew nothing” about the billionaire’s alleged sex trafficking.

“President Clinton knows nothing about the terrible crimes Jeffrey Epstein pleaded guilty to in Florida some years ago, or those with which he has been recently charged in New York,” the statement read.

The statement goes on to explain that Clinton took a “total of four trips” aboard Epstein’s private airplane and has “not spoken to Epstein in over a decade.”

It continued and explained that “the Secret Service detail traveled on every leg of every trip. And that the trips “included stops in connection with the work of the Clinton Foundation.”