President Donald Trump’s continued ownership of a luxury hotel in Washington, D.C., does not violate anti-corruption provisions of the Constitution, a federal appeals court ruled Wednesday.

The plaintiffs, Maryland and the District of Columbia, do not have standing to bring a lawsuit enforcing the Constitution’s emoluments clauses against the president, a unanimous panel of the 4th U.S. Circuit Court of Appeals said. Those clauses prohibit officeholders from accepting “any present, emolument, office, or title, of any kind whatever” from foreign powers without congressional approval.

Describing the weakness of the lawsuit, Judge Paul Niemeyer said the dispute is so “abstract that their prosecution of this case readily provokes the question of whether this action against the president is an appropriate use of the courts.”

U.S. District Judge Peter Messitte said the plaintiffs can proceed with the lawsuit in March. Maryland and the District said local convention centers suffered “decreased business, wages, and tips” because foreign governments and dignitaries were currying favor with the administration by diverting business to Washington’s Trump International Hotel. Trump’s profiteering off that foreign business while president violates the Constitution, the plaintiffs asserted.

The 4th Circuit said that claim was too speculative. Even if the plaintiffs could draw a direct connection between lost business and the president’s profits, there is no legal tool to fix the situation, the court concluded.

The 4th Circuit’s decision returns the case to the trial court with orders to dismiss. It will also stop evidence-gathering in the case, which could have provided insight into the Trump Organization’s business practices. (RELATED: It’s Unconstitutional For Trump To Block Twitter Critics, Appeals Court Says) 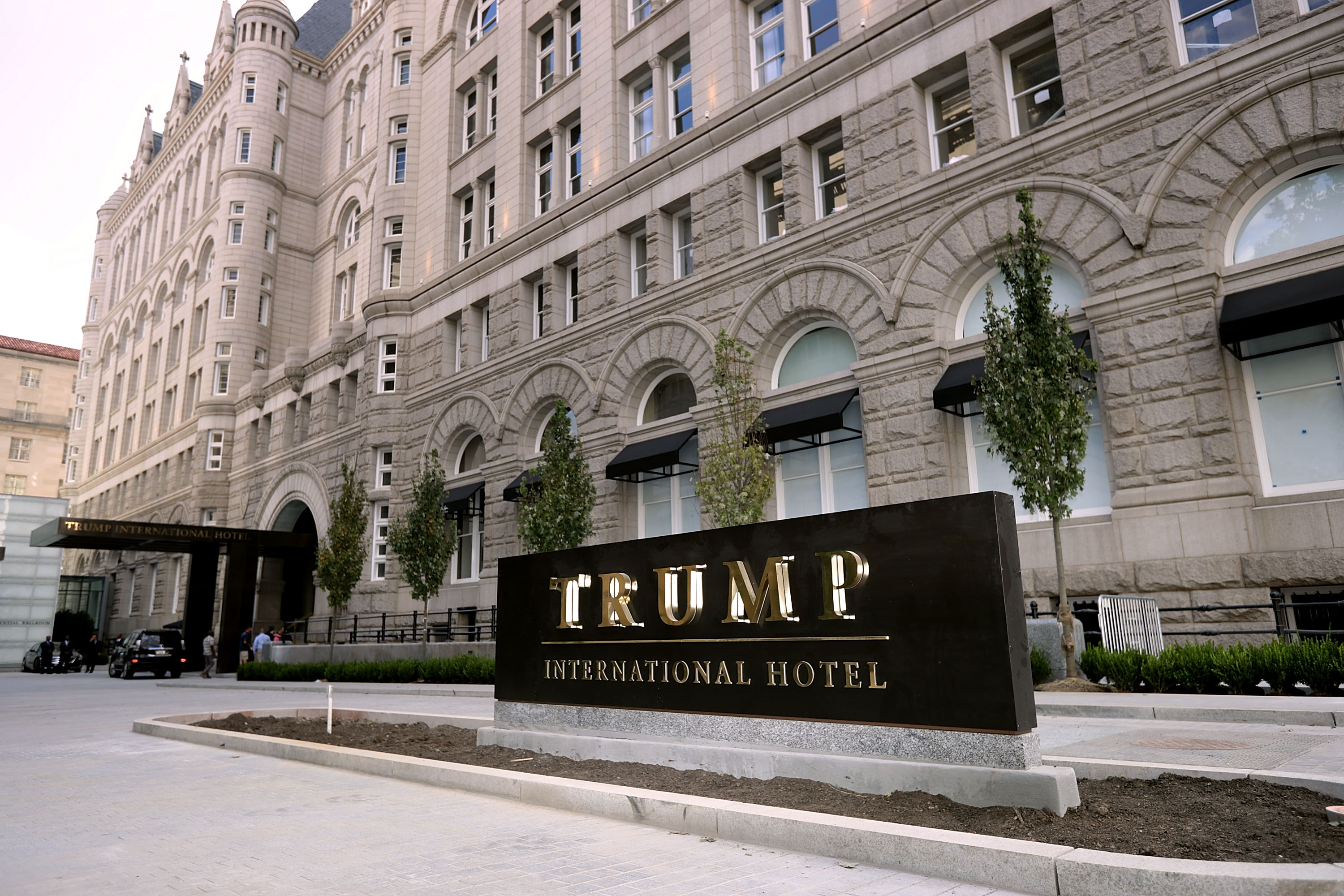 A federal judge in New York dismissed a similar lawsuit in December 2017. The watchdog group Citizens for Responsibility and Ethics in Washington (CREW) brought that case with a coalition of event planners, hoteliers, and restaurant owners who claimed prospective customers were flocking to Trump properties for brand exposure or influence-peddling. Such activities adversely affected their businesses, the plaintiffs said.

The New York judge said that theory of harm was too tenuous. A plaintiff must show a “concrete and particularized” injury to proceed with a lawsuit.

Messitte reached the opposite conclusion, finding the plaintiffs’s had a plausible “competitor standing” theory. Since Messitte’s decision was in direct conflict with the New York judge’s, Trump lawyers asked Messitte for permission to appeal. Messitte denied that request, prompting a stern rebuke from the 4th Circuit.

“The CREW court’s disagreement with the theory of competitor standing embraced by [Mesitte] is fundamental and obvious, and the district court’s suggestion to the contrary blinks reality,” Niemeyer said, explaining that immediate appeal was the appropriate course. A number of other features that made the case unique, making Messitte’s decision to deny an appeal all the stranger, the panel said.

After the ruling, Maryland Attorney General Brian Frosh and D.C. Attorney General Karl Racine released a joint statement arguing the case is extraordinary because of the unprecedented aspects of the Trump presidency.

“Although the court described a litany of ways in which this case is unique, it failed to acknowledge the most extraordinary circumstance of all: President Trump is brazenly profiting from the office of the president in ways that no other president in history ever imagined and that the founders expressly sought — in the Constitution — to prohibit,” the AGs said.

“We will continue to pursue our legal options to hold him accountable,” they added.

“I don’t make money, but lose a fortune for the honor of serving and doing a great job as your president,” Trump said.

Judges Dennis Shedd and A. Marvin Quattlebaum joined Niemeyer on the panel. All three were appointed by Republican presidents.

The plaintiffs can appeal the decision to the full 4th Circuit or the Supreme Court.