“I am proud to work with our legislators to implement some of the toughest gun laws in the country to protect our residents and make our communities safer for all,” Murphy said during the event Tuesday. 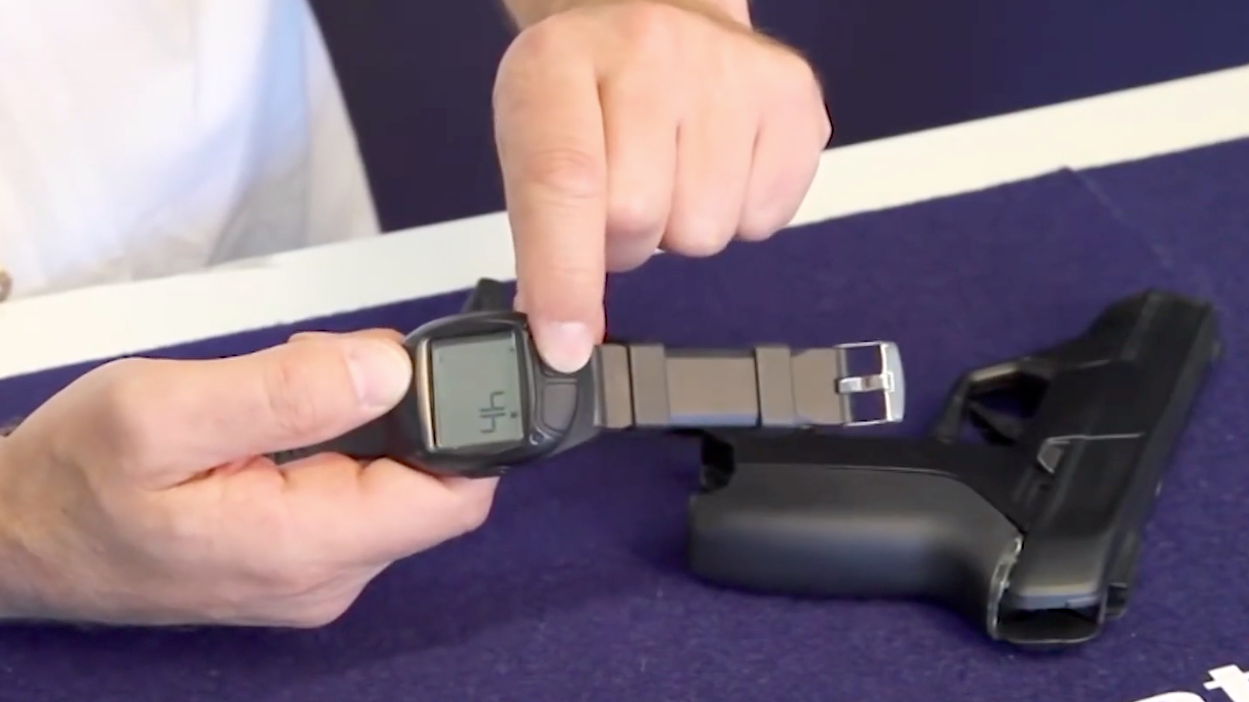 A smart gun by the Armatix company is displayed in Munich on May 14, 2014. Photo YouTube screenshot courtesy of NJTV News.

A “smart gun” is one that can be personalized to be operated by the gun’s owner only. Prototypes using a number of different technologies exist, but no models are yet available in the U.S. for sale, according to the NJ Advance. (RELATED: New Jersey Gun Dealers May Soon Sell ‘Smart’ Guns. Here’s What They Are)

It replaces a 2002 law that required gun retailers to stop selling non “smart” models three years after the smart guns became available for purchase, which effectively stopped gun manufacturers from developing them.

Other bills signed encourage gun dealers and gun range operators to attend suicide prevention courses, add non-firearm-related convictions to crimes that disqualify people from gun ownership, and make it illegal to buy a gun from someone disqualified from owning a gun.