George Nader, a Lebanese-American businessman who was a key witness in the special counsel’s probe, was charged earlier in July with transporting a 14-year-old European boy to the U.S. for sex, according to an indictment unsealed Friday.

Nader was charged on three counts, including a charge for possessing child pornography and one for traveling with a minor to engage in illegal sexual activity. He is accused of transporting the teenage boy from Europe to his home in the U.S. in 2000.

The indictment, which was handed down July 3, comes on top of one unsealed in June against Nader, who was a longtime adviser to the crown prince of the United Arab Emirates. Nader played a key role in setting up a meeting in January 2017 between defense contractor Erik Prince and the head of Russia’s direct investment fund in the Seychelles.

Nader also met during the presidential transition period with Jared Kushner, and worked closely with Elliot Broidy, a former top Republican fundraiser who is reportedly under investigation for bribery and money laundering. In August 2016, Nader offered help to the Trump campaign during a meeting at Trump Tower with Donald Trump Jr. and Prince.

Nader, 60, was interviewed multiple times during the special counsel’s investigation, all but one time under a proffer agreement with prosecutors. Nader is mentioned approximately 120 times in the special counsel’s report, but there is no mention of his long history of alleged child sex crimes. 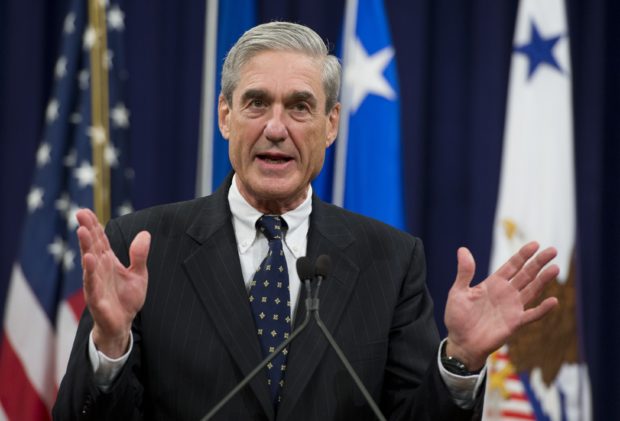 Federal Bureau of Investigation (FBI) Director Robert Mueller speaks during a farewell ceremony in Mueller’s honor at the Department of Justice on August 1, 2013. Mueller is retiring from the FBI after 12-years as Director. (Photo: SAUL LOEB/AFP/Getty Images)

One of the videos allegedly showed a teenage boy engaged in a disturbing sexual activity with a goat.

Nader was initially detained Jan. 17, 2018, but he was not charged until three months later.

Nader was indicted in Washington, D.C., in 1984 on child pornography charges. According to The Daily Beast, which first reported the new indictment against Nader, he was arrested in 1990 after being found with videos of young boys. He pleaded guilty the following year.

He was convicted in the Czech Republic in 2002 of sexually abusing 10 underage boys. He served one year in prison.

According to the Post, an assistant U.S. attorney said in court Friday that a witness from the Czech Republic may testify against Nader at trial. Nader pleaded not guilty to the charges in court in Virginia on Friday.