Joel Zamel is an Australian-Israeli entrepreneur scrutinized by Special Counsel Robert Mueller for a meeting at Trump Tower in 2016 with Donald Trump Jr., Erik Prince, George Nader and Stephen Miller. He founded Psy-Group, a Cypriot firm with a number of Israeli employees, that has done private investigative work for American clients, in the United States.

For the first time since the investigation, Zamel spoke with The Daily Caller, calling media reports about his influencing elections “completely false.”

Public reports of his meetings with high-profile dignitaries have raised many questions about the role the private intelligence industry is playing in international affairs.

An article in the New Yorker published in February titled “Private Mossad For Hire,” stated that Zamel was the founder of a ring of private intelligence companies, including Wikistrat, WhiteKnight and PsyGroup. These companies were of interest to the Mueller investigation, and received international attention following the 2016 U.S. elections amid media speculation about the use of online influence capabilities during the campaign.

He is reported to have established various other social media influence companies based in Eastern Europe and Asia, and is known to have cultivated a close advisory team of 30 renowned former senior government officials that served at the highest levels of government in the U.S., UK and the Middle-East. Some sources have said he serves as a trusted power-broker, and facilitates special intelligence services and private media campaigns for tycoons and governments. (RELATED: House Democrats To Subpoena 12 Other Mueller Witnesses Including Jeff Sessions And Jared Kushner) 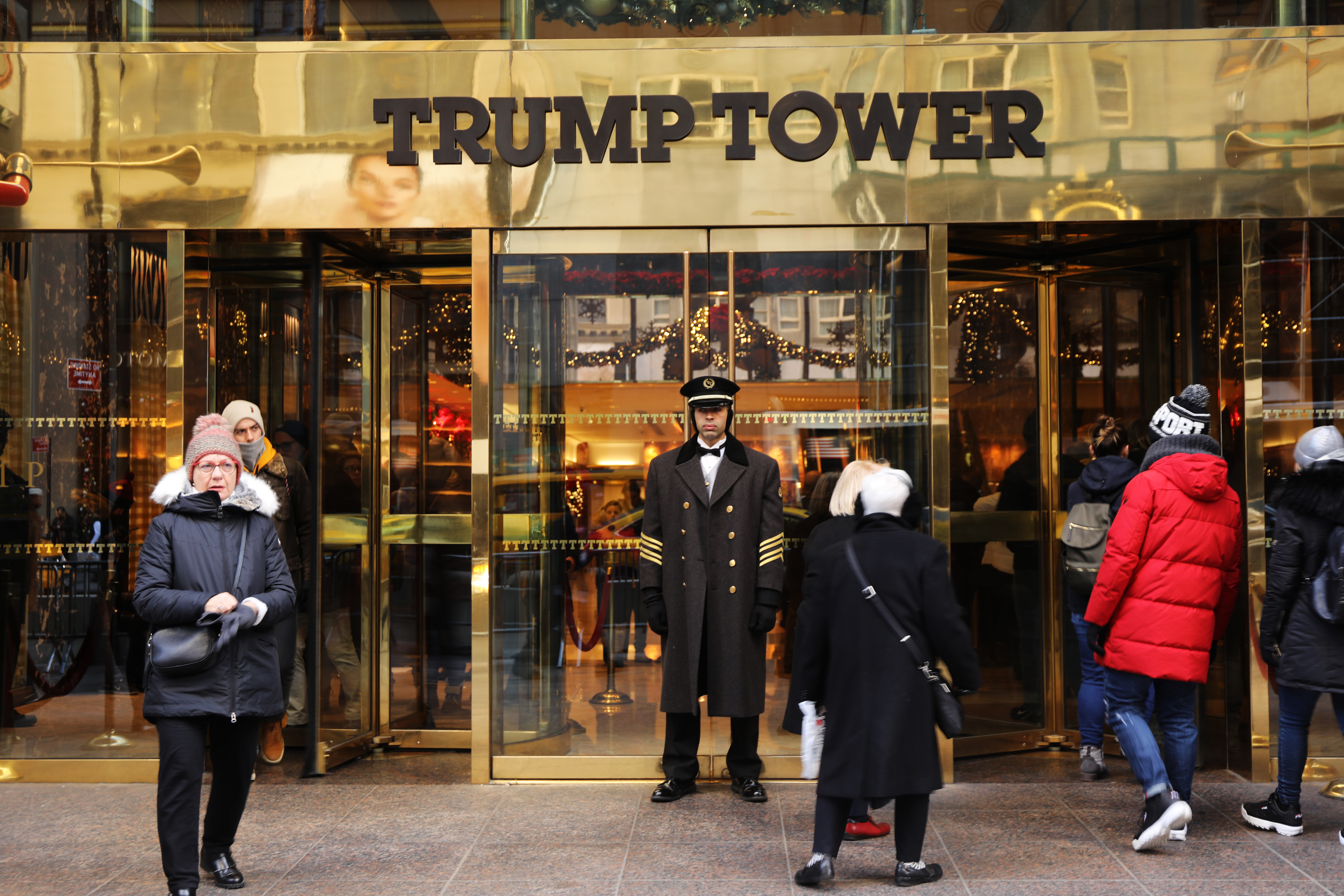 NEW YORK, NEW YORK – DECEMBER 10: People walk by Trump Tower in midtown Manhattan on December 10, 2018 in New York City. President Trump’s 2016 presidential campaign has come under increased scrutiny as charges by federal prosecutors against his former lawyer, Michael Cohen, have been revealed and a sentencing in the case is scheduled for this week (Photo by Spencer Platt/Getty Images)

Since the Mueller investigation, he has yet to speak out publicly. I had the opportunity to sit down with him to discuss the Special Counsel’s interest in him, his relationship with the Donald Trump campaign, and his business activities.

This is the first interview you’ve given since you were discussed in many media reports over the past year. Why have you not made any public statements until now?

I had spoken with the media some years ago when launching our first business Wikistrat, but since the wave of Mueller-related articles, there didn’t seem to be a point to entertaining conspiracy theorists in the media. Much of the reporting on this issue has been horrendous, and I don’t think news publications deserve a response when they circulate rumors, despite having been directly told they are printing nonsense.

Did you conduct social media campaigns to influence the elections?

We never worked for the campaign or took any action to influence the results of the elections. Furthermore, whenever we do conduct work, we always thoroughly check with top legal experts before conducting any sensitive activities.

The New York Times reported that you have attended meetings in Trump Tower and the White House, and discussed how social media campaigns could influence the 2016 election. Is this true?

I have a lot of meetings with different people. I never comment on confidential meetings. But I have certainly not discussed any activities that would be illegitimate.

More generally, some media outlets, political pundits and conspiracy theorists online have been obsessed with this issue of anything connected to Trump’s campaign. Ironically, the real damage of such allegations has actually been in the form of igniting investigations into how campaigns behave. And that sets a very dangerous precedent, encouraging hostile parties to lure future campaigns into scandals of perceived collusion, without even needing to do anything real, in order to turn their own media against them and derail their ability to govern if elected. (RELATED: Mueller Report: Trump’s Effort To Prevent Public Release Of Information About Trump Meeting Was Not Obstruction)

Did the Special Counsel’s interest in you start with this meeting with Trump’s inner circle?

Yes, I assume they spoke with a lot of people that were having high level meetings at that time. Suffice it to say that I fully cooperated with the relevant authorities and was more than happy to do so. 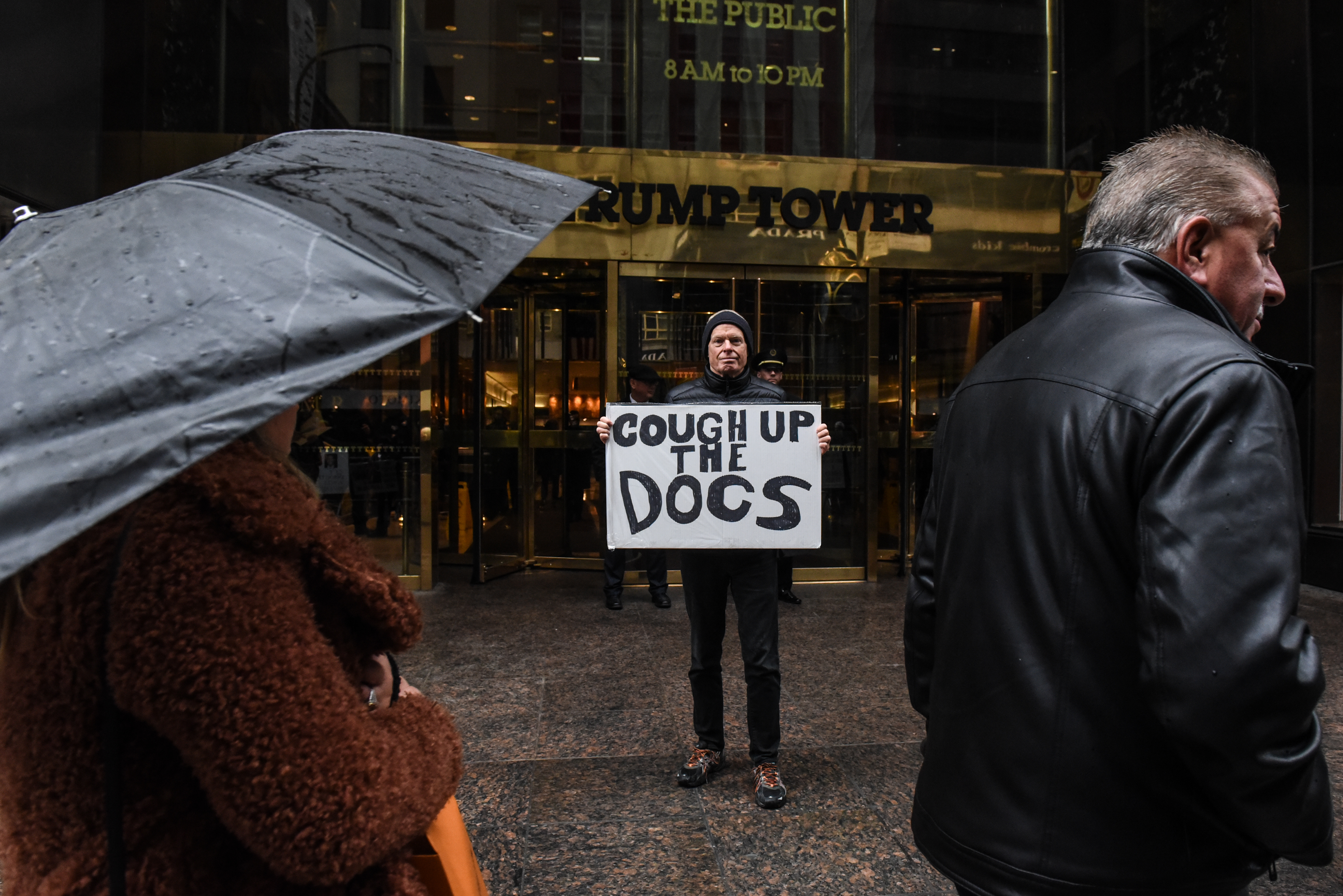 Isn’t the whole purpose of developing your types of social media capabilities, for influencing elections?

No. There is a legitimate and serious industry around providing information operations as a service — for either government or corporate clients, to promote various narratives to shape the perception of a target audience. For example, these methods are particularly effective in exposing and discrediting violent extremists and their ideologies. I have long argued that governments should make broader and better use of these capabilities. They may be the key to defeating terrorists on the ideological level, as well as disincentivizing mass shootings and lone wolf attacks.

In terms of the social media campaigns on both sides, mind you, that were conducted in 2016, we have studied them based on open source information. I am sure this is only the beginning and such capabilities will be more widely deployed in the future.

With regards to your crowdsourcing firm Wikistrat, what sort of projects does Wikistrat typically conduct for its clients?

Wikistrat is a community of subject matter experts through which we facilitate real-time crowdsourcing engagements for our clients.

We believe there is great value in harnessing the collective intelligence of diverse groups of experts to think creatively and innovatively about complex problems. Initially we were focused around geopolitical and national security issues, serving mostly government clients by conducting crowdsourced exercises. Over the past few years we have broadened our network’s areas of — to health care, mining, advanced technologies including artificial intelligence and blockchain technologies, clean energy, and a range of other such issues of interest to both public and private sector clients.

How much is public vs confidential?

All our client exercises are confidential, though sometimes our clients give permission for us to publicly share the final reports, in part or in full, with others.

According to some online reports, Wikistrat was involved with orchestrating the blockade on Qatar, planning the war in Yemen, undermining totalitarian regimes, and influencing the U.S. elections. How much of this is true?

Again, the notion that we influenced the U.S. elections is totally ridiculous.

We have indeed run hundreds of war-game simulations over the years, on many topics, but we are not promoting blockades or wars, these are fanciful conspiracies. In some instances, we have predicted major events, and on some occasions we are asked to help governments think through complicated and sensitive issues by bringing specialists together with particular skills. But just because we analyze issues does not mean we engineer them.

I understand that a number of your advisors are very prominent former government officials. Who are they and why do they assist you?

Over the past decade we have been fortunate to be advised by a few dozen highly experienced professionals that were instrumental to us developing our business Wikistrat, and other companies. These advisors have assisted in different ways – from providing market advice, to brokering introductions, to giving feedback on new innovations and business spinoffs. (RELATED: Trump Goes After ‘Fake News Media’ Over ‘Phony’ Trump Tower Story)

Over time this network of relationships grew and was able to be leveraged by our various clients and experts alike.

What are the typical influence projects you and your colleagues conduct?

The types of projects we focus on revolve around successfully countering extremist ideologies and promoting the interests of Israel and its allies in the face of ideological threats and indoctrination. We proudly utilize such influence campaigns and amplification methods to expose human rights violations and extremists undermining democratic values and inciting jihad.

The author is the deputy online editor at JNS.org and a writer on Middle East affairs. He covered the Middle East for The Jerusalem Post and is now writing a PhD dissertation at Bar-Ilan University on the Islamic Movement in Israel. Twitter at @Arielbensolomon