Vermont Independent Sen. Bernie Sanders has been hit with another labor controversy in the form of a complaint to the National Labor Relations Board (NLRB).

The complaint to the NLRB was filed July 19 and posted to the government agency’s website on July 22. The complaint does not provide any specific examples of how the Sanders campaign allegedly violated the National Labor Relations Act, but the charges include unlawfully firing and disciplining an employee in addition to the alleged harassment. (RELATED: Bernie Sanders, Climate Hawk Spends Nearly $300K On Private Jet Travel In A Month)

This comes in the midst of a report that the campaign wasn’t paying its workers the $15 per hour wage that Sanders has insisted should be the minimum wage for every American employee. That accusation prompted a flurry of negotiation as The Washington Post reported that unionized organizers have gotten a pay raise.

Sanders has criticized large companies like Walmart and McDonald’s about labor rights and salary compensation for their workers and touted how his own campaign workers are the first unionized personnel in a presidential run. 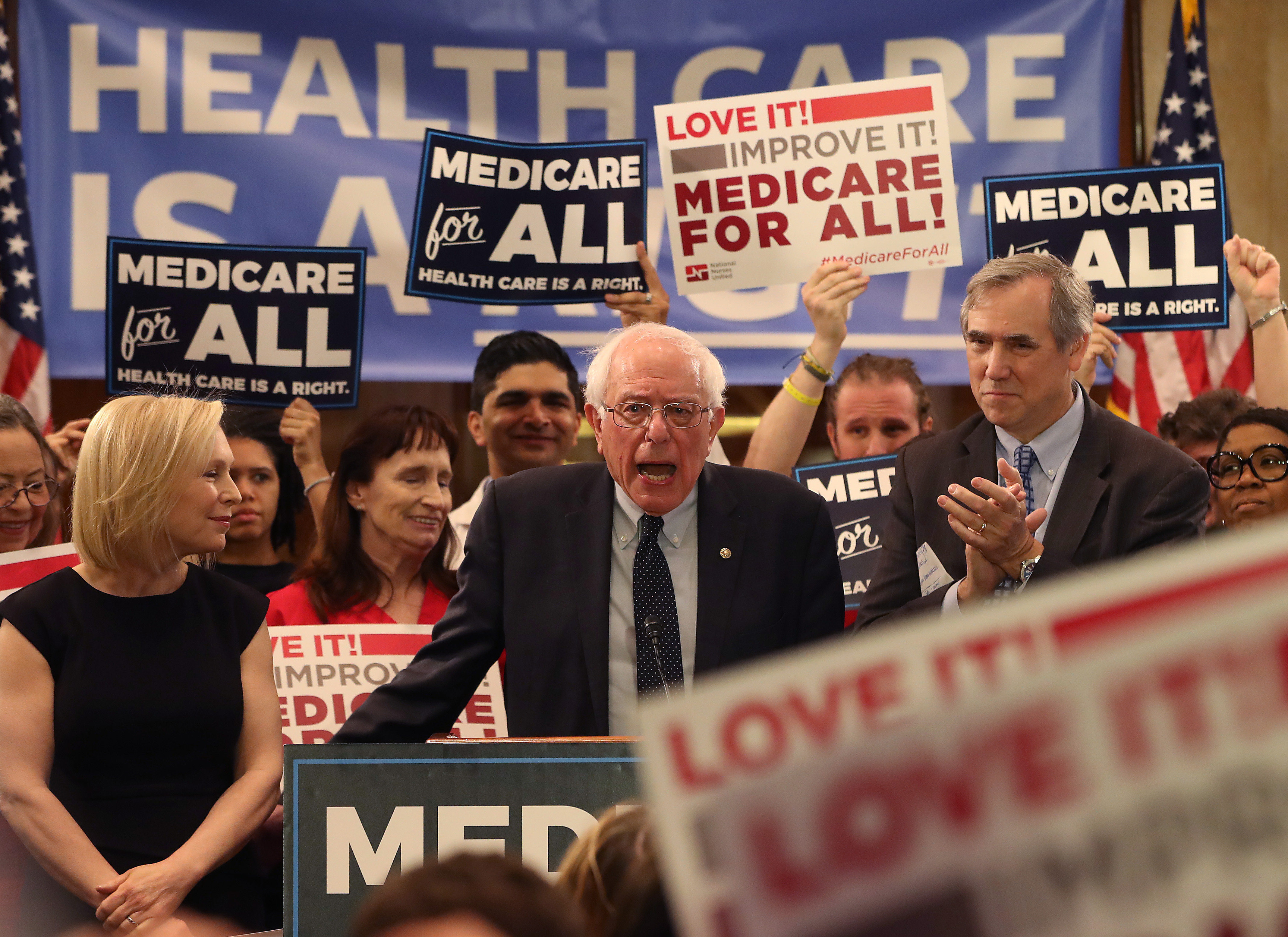 Sen. Bernie Sanders speaks while introducing health care legislation titled the “Medicare for All Act of 2019” with Sen. Kirsten Gillibrand and Sen. Jeff Merkley, during a news conference on Capitol Hill, on April 9, 2019 in Washington, DC. (Photo by Mark Wilson/Getty Images)

The House of Representatives approved legislation last week that would raise the minimum wage to $15/hour by 2025. Sanders introduced that bill earlier this year. (RELATED: The Key To Winning In 2020 Will Be Properly Explaining Socialism, Says Bernie Sanders)

Neither the United Food and Commercial Workers — the union representing Sanders’ campaign staff — nor the Sanders campaign responded to inquiries from Bloomberg Law about the merits of the case.

The NLRB will begin an investigation to assess the merits of the complaint, deciding whether to prosecute or abandon further action.