Democratic presidential candidates appeared divided over the idea of decriminalizing illegal immigration into the United States.

“The problem is right now, the criminalization statute is what gives Donald Trump the ability to take children away from their parents. It’s what gives him the ability to lock up people at our borders. We need to continue to have border security, and we can do that, but what we can’t do is not live our values,” Massachusetts Sen. Elizabeth Warren said, adding that illegally crossing the border should not be a criminal offense.

“We’ll have strong border protections, but the main point I want to make, is that what Trump is doing, through his racism and his xenophobia, is demonizing a group of people, and as president I will end that demonization,” he said. “If a mother and a child walk thousands of miles on a dangerous path, in my view, they are not criminals. They are people fleeing violence.”

Sanders added that he would bring “the entire hemisphere together” to find a way to rebuild the countries of El Salvador, Guatemala, and Honduras. 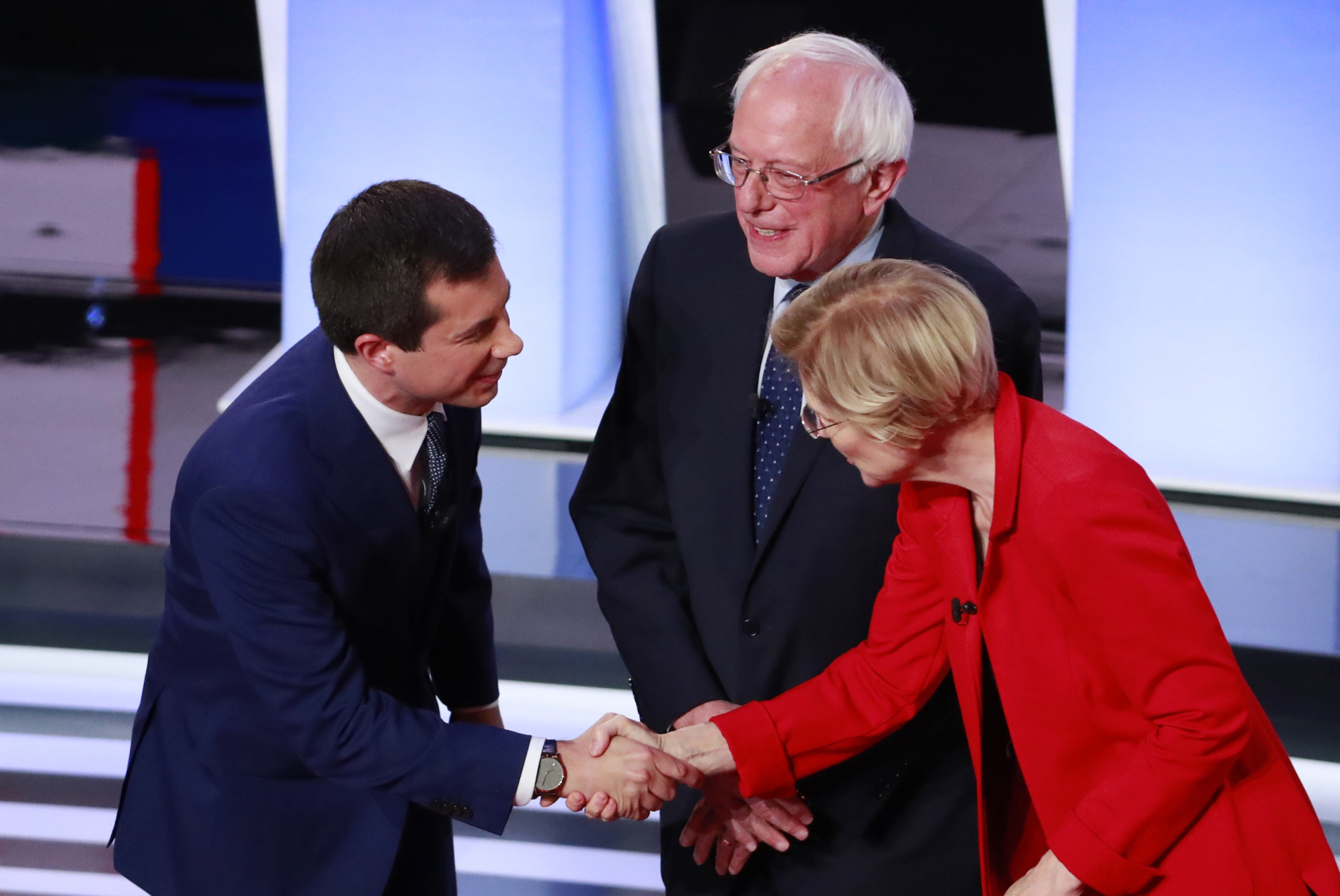 Other Democrats on Tuesday night, however, argued that border decriminalization and free health care to illegal immigration would only exacerbate the immigration crisis taking place at the U.S. southern border.

“We got a hundred thousand people showing up at the border right now. If we decriminalize entry, if we give health care to everyone, we’ll have multiples of that. Don’t take my word. That was President Obama’s Homeland security secretary that said that,” Montana Gov. Steve Bullock said, mostly rebuking Warren and Sanders on the issue. (RELATED: ‘Irresponsible Rhetoric’: CBP Chief Condemns ‘False’ Attacks From Democrats)

“If you want to come into the country, you should at least ring the doorbell,” Ohio Rep. Tim Ryan said. “You don’t decriminalize people just walking into the United States.”