Department of Housing and Urban Development (HUD) Secretary Ben Carson told the Daily Caller in an exclusive interview Wednesday that he believes President Donald Trump will win over his critics on Baltimore.

Carson visited a HUD facility in Baltimore on Wednesday, following accusations that Trump is racist for calling the city “rodent infested,” and a place in which “no human” would wish to live. Afterwards, Carson spoke to the Daily Caller in a phone interview about the administration’s efforts to revitalize the city, which has one of the worst crime rates in the country. (RELATED: Ben Carson To Visit Baltimore In Wake Of Trump’s Tweets)

“This is the whole purpose of the Opportunity Zone Program and the reason that we are pushing things like RAD,” Carson explained. “One of the things that we are pushing for, and I would love for Congressman Cummings to join the efforts, is lifting the caps on RAD conversion so that we can convert public housing all over the country in this fashion utilizing public-private partnerships.” 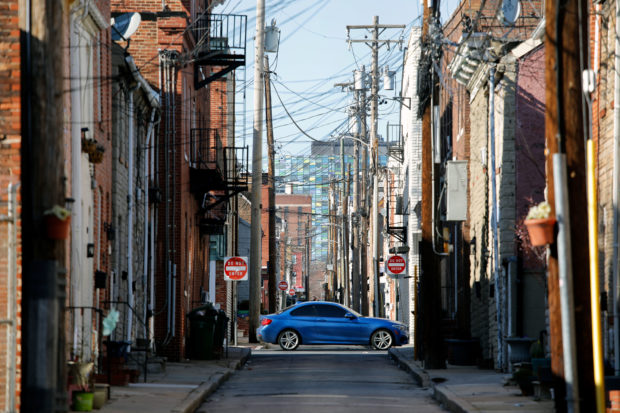 The “opportunity zones” were borne out of the Tax Cut and Jobs Act in 2017 and are an attempt to spur investment in underdeveloped communities. RAD refers to the Rental Assistance Demonstration program, which allows some types of federal housing units to be converted into section 8 housing, opening those units up to more private investment.

“I realize that, you know, particularly with all the bad press, that with anything that this administration does, that it will take a longer period of time for people to realize that this is actually helping them,” Carson said, citing job growth, wage increases, and criminal justice reform. “Eventually they will actually see that it’s working and that the people who are denigrating are just trying to protect their turf and their history.”

Carson also told the Caller that he spoke to the president on Monday and Tuesday about how they can ensure federal dollars are used appropriately in Baltimore.

Maryland Democratic Rep. Elijah Cummings, the target of Trump’s ire on Baltimore, was invited to tour the HUD facility with Carson on Wednesday, however he declined the invitation.

“I cannot speculate,” Carson said when asked why Cummings did not attend. “I do not know why he did not show up. He certainly is welcome to work with us. We would be delighted to work with him.”