U.S. Customs and Border Protection agents apprehended over 300,000 illegal immigrants attempting to cross the U.S. border in the Rio Grande Valley Sector in Texas so far this year, according to Republican Texas Rep. Chip Roy.

Roy called for an end to the border crisis Tuesday after talks with CBP officials.

I am told the RGV Sector of our southern border just cracked 301,000 apprehensions – dwarfing any full year previous totals. Meanwhile @HouseDemocrats have left town and ignored our calls to stay in town to #DoWhatWeSaid & #EndBorderCrisisNow.

The Rio Grande Valley has been the most popular location for migrant apprehensions since 2013.

CBP agents captured a total of about 397,000 illegal aliens in fiscal year 2018 in nine sectors — 162,000 of which were nabbed in the Rio Grande Valley. (RELATED: 61,000 Illegal Alien Children Have Entered The US Since October) 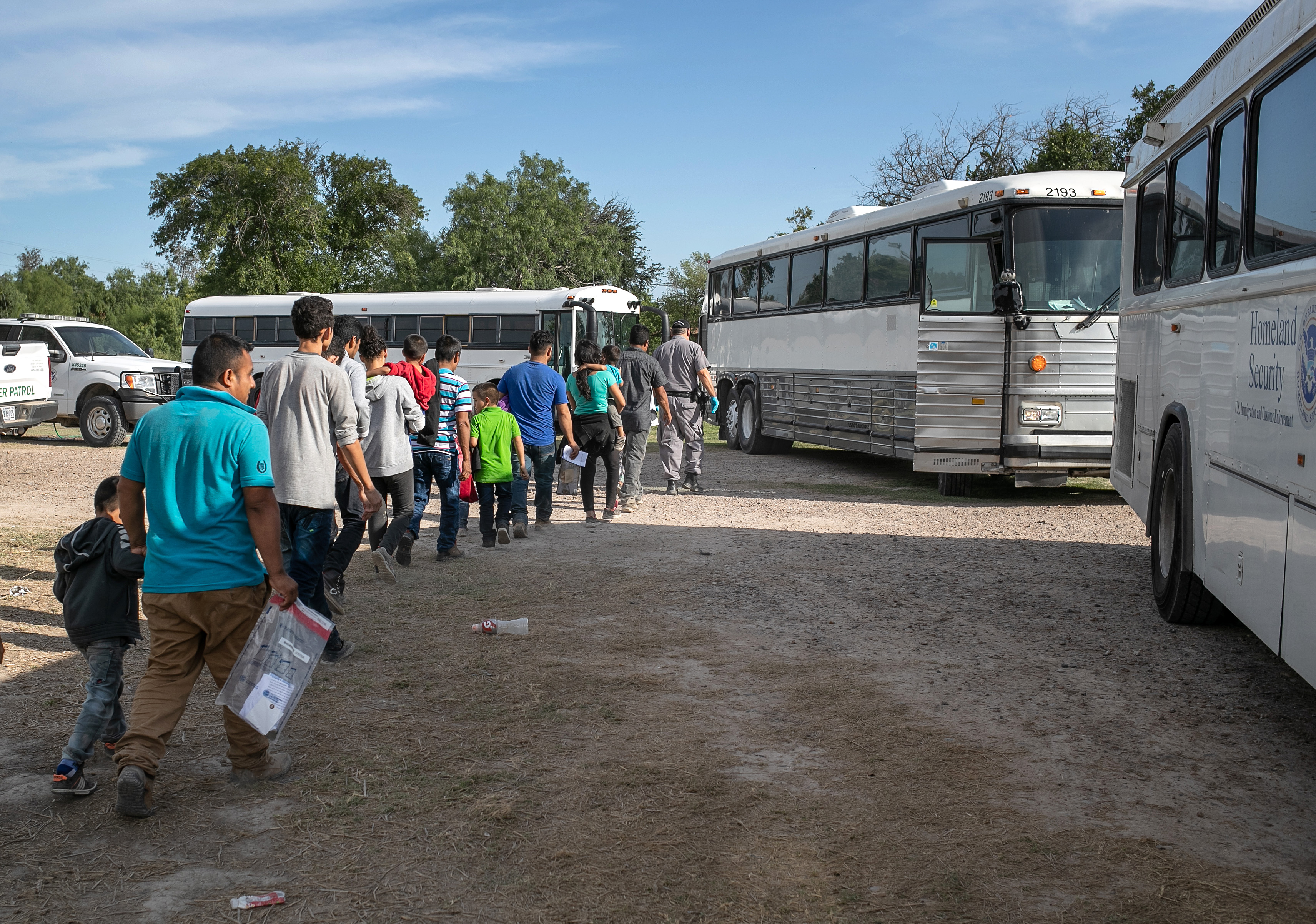 Immigrants walk to U.S. Homeland Security busses to be transferred to a U.S. Border Patrol facility in McAllen after crossing from Mexico on July 02, 2019 in Los Ebanos, Texas.(Photo by John Moore/Getty Images)

These numbers alarm Roy, and he blames Democrats for obstructing solutions to the crisis.

“Democrats don’t care. They’d rather go home for a month to campaign and vacation than provide Border Patrol and [Immigration and Customs Enforcement] the tools and resources they need to deal with the hundreds of thousands of migrants crossing our southern border,” Roy told the Daily Caller News Foundation. “Because they have refused to act, we now have an unprecedented 301,000 apprehensions in the RGV sector, up 100,000 from earlier predictions this year — insanity. [House Speaker Nancy] Pelosi should bring the House back from recess to solve this.”

Roy’s office has another concern: underfunding and understaffing of CBP enforcement facilities.

“The agents were telling us that oftentimes they’re patrolling areas without radio communication or even cellphone communication,” Democratic Texas Rep. Joaquín Castro told POLITICO in February. “It was clear that the agency is not staffed with the medical supplies and training and personnel they need to take care of somebody if they encounter an emergency. … So yeah, it is a tough job in that way.”

A Rio Grande CBP regional spokesman told the DCNF that official statistics will be available to the public in a few days regarding these numbers.