Mexican President Andres Manuel Lopez Obrador had kind things to say about his American counterpart when giving the first international interview of his tenure, signaling a possible thaw in the two men’s relationship.

“I think that, as we say informally, he has toned it down. President Trump is more moderate now, and we are grateful for that,” Lopez Obrador said in an interview with Bloomberg, published Friday. The comments were a far cry from what he said to the news outlet in 2017, where he accused the Republican president of fomenting a “campaign of hatred” against the Mexican people.

Lopez Obrador, a leftist leader who has held office for eight months, no longer says Trump is acting in such a way. When Bloomberg attempted to press the issue further by likening Trump to a bully, he still refused to voice any criticism of his neighbor.

“Now, even though President Trump is a Republican, and myself, I have a progressive political stance with a social dimension, a nationalist position, I think we can understand each other,” he answered. Lopez Obrador went on to say the two men have spoken three or four times over the phone, and the most contentious subject they’ve faced was Trump’s tariff threat — an issue that was notably resolved. 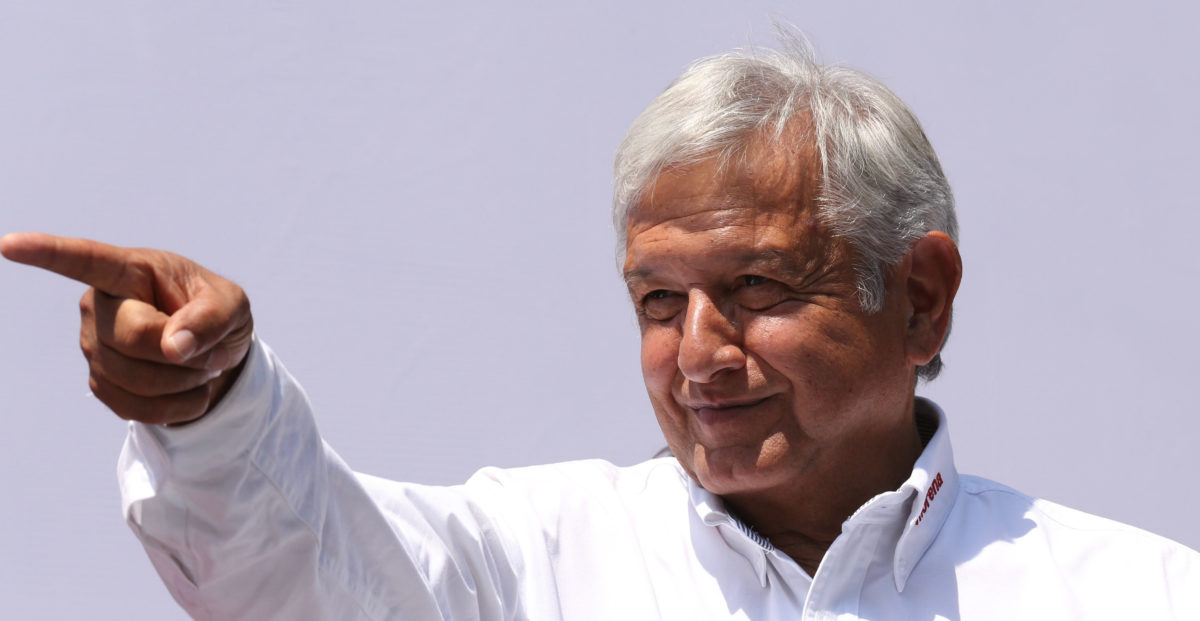 Andrés Manuel López Obrador, presidential candidate of “Together we make history” coalition of political parties speaks in a podium to his supporters in a meeting. Shutterstock

“We’re neighbors, and this neighborliness makes it mandatory for us to understand each other,” he continued.

Lopez Obrador’s comments come as the Trump administration continues to pressure Latin American countries to do more to stem the illegal immigration crisis emanating out of their countries. Tens of thousands of migrants — mostly from the countries of Guatemala, El Salvador and Honduras — are passing through Mexico to reach the U.S. southern border and lodge asylum claims.

The White House just reached a coveted deal with Guatemala’s government. What’s known as a “safe third country” agreement, the deal mandates that migrants from El Salvador and Honduras who reach the U.S. border be returned to Guatemala as they wait for their asylum claims to be processed. Trump is hoping to sign on other Latin American countries to a safe third country agreement. (RELATED: ICE Released Over 218,000 Undocumented Family Members Since December)

Trump’s threats to enact a 5% tariff on all Mexican products forced them to negotiating table regarding the border crisis. Ultimately, Mexico City in June agreed to deploy thousands of additional National Guard troops to its own southern border, and pledged to hold more asylum seekers within its country.

However, Lopez Obrador during the interview said he is still opposed to Mexico becoming a safe third country.

“We wouldn’t. We are enforcing a program to reduce the number of migrants; it provides protection to those coming into Mexico,” he said. “Results have been good, although, I must insist, the best way is to look into the causes of this: People do not migrate because they want to; they do it because of need.”