Connor Betts, the shooter who killed nine people Saturday in Dayton, Ohio was a member of a  metal band that sang about rape, gore, pedophilia and necrophilia and has been described as antifascist by another metal group.

Betts, 24, was a member of the band Menstrual Munchies. The group played a genre of metal known as pornogrind or goregrind which is obsessed with rape and mutilation of the female body.

Menstrual Munchies has also been described as antifascist according to tweets from Neckbeard Deathcamp, another metal group known for its hatred of those it sees as fascists. Betts also issued many of his own violent and pro-antifa statements on his now-suspended Twitter.

On Sunday, one day after the shooting, Neckbeard Deathcamp tweeted that Betts and the other members of Menstrual Munchies are “ANTIFASCIST SURE. BUT NOT GREAT WITH WOMEN,” according to Vice News.

Betts and his band Menstrual Munchies used to perform songs with titles like “C*nt Stuffed With Medical Waste – Sexual Abuse Of A Teenage Corpse,” “6 Ways of Female Butchery” and “Non Consensual Incest Prior 2 Vaginal Evisceration.”

The album art associated with these songs features horrific scenes. One shows a nude, decapitated woman chained to a bed while a man puts his pants back on in the foreground. (RELATED: Ohio Politician Blames Gun Violence On Social Liberalism) 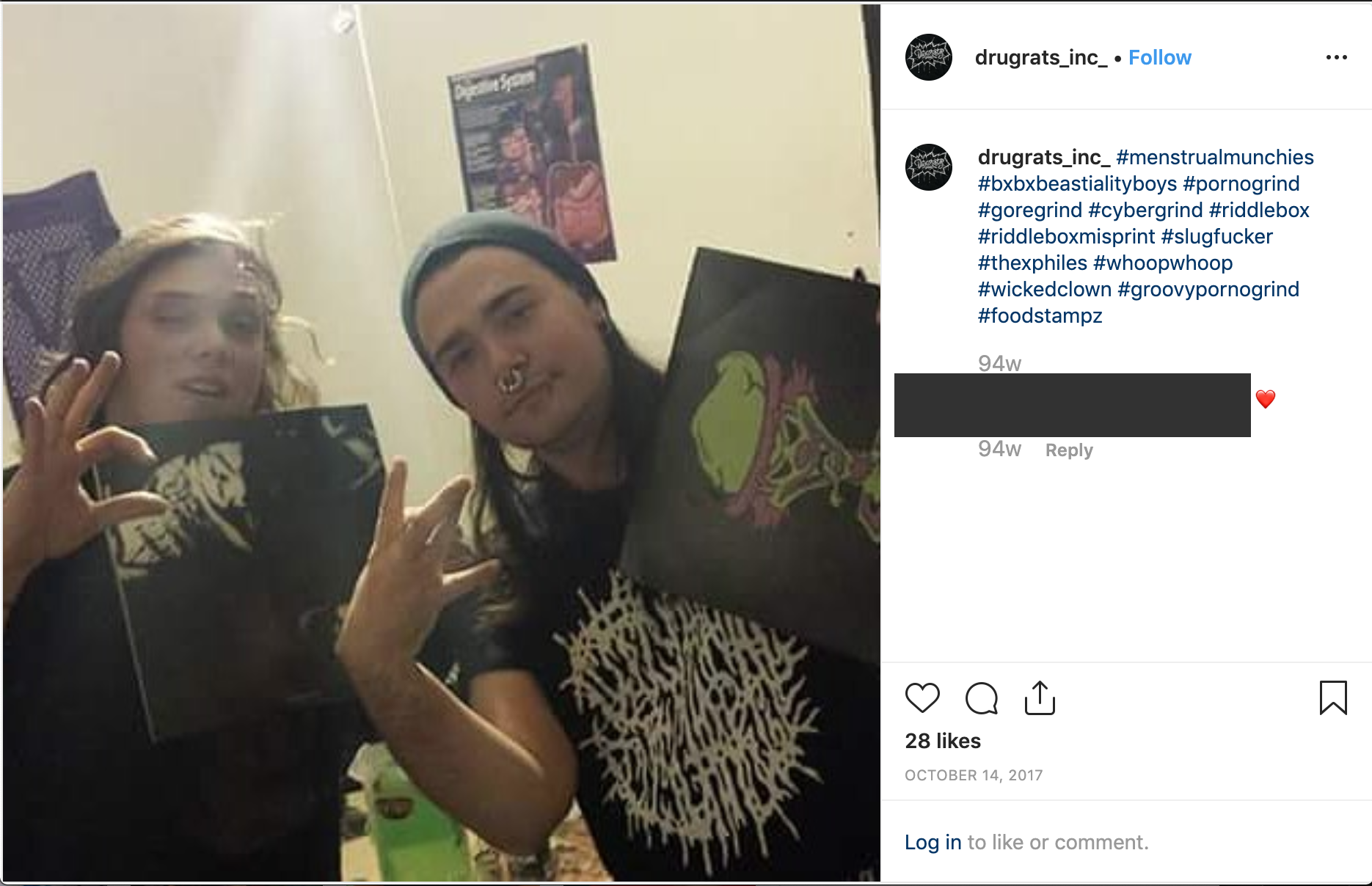 Connor Betts (right) was a member of Menstrual Munchies, and is pictured here on the drugrats_inc_ Instagram page. (Instagram/drugrats_inc_)

Jesse Creekbaum, 25, is a member of Menstrual Munchies who is shocked that Betts actually endorsed the gruesome message of the band’s songs.

“I know, like, whereas I saw it as a joke — like, ‘Let’s play this and we’ll shock some people,’ and then the people that we know laugh — he didn’t see it as a joke. He was like, ‘F*ck, yeah. We’re gonna do this,'” Creekbaum said in an interview with Vice News.

In addition to perpetrating the Dayton shooting, Betts got kicked out of school for maintaining and sharing a “rape list,” according to the Washington Post.

Betts’ rape list contained the names of “girls and all of these really pretty vile things that he was going to do to them,” says a former classmate of his whose name was on the list.

Menstrual Munchies is now working to remove as much of its content from the internet as possible in the wake of the Dayton shooting.