Filmmaker Michael Moore deleted a tweet that mislabelled an image of a young man as the “Dayton Shooter” in a rant about “racial profiling” Tuesday afternoon.

“Dear Law Enforcement: Thank you for your service to our communities. I thought I could help you out with some racial profiling. When encountering people who look like this, please round them up, detain them without a hearing [and] feel free to waterboard them and send to Guantanamo,” Moore wrote, according to a screenshot obtained by the Daily Caller News Foundation.

He included the photos of three young white men wearing glasses. They were the Gilroy, California, shooter and El Paso, Texas, shooter, but the third young man was not the Dayton, Ohio, shooter as Moore’s tweet labelled him. (RELATED: Michael Moore Wants Michelle Obama To Run In 2020) 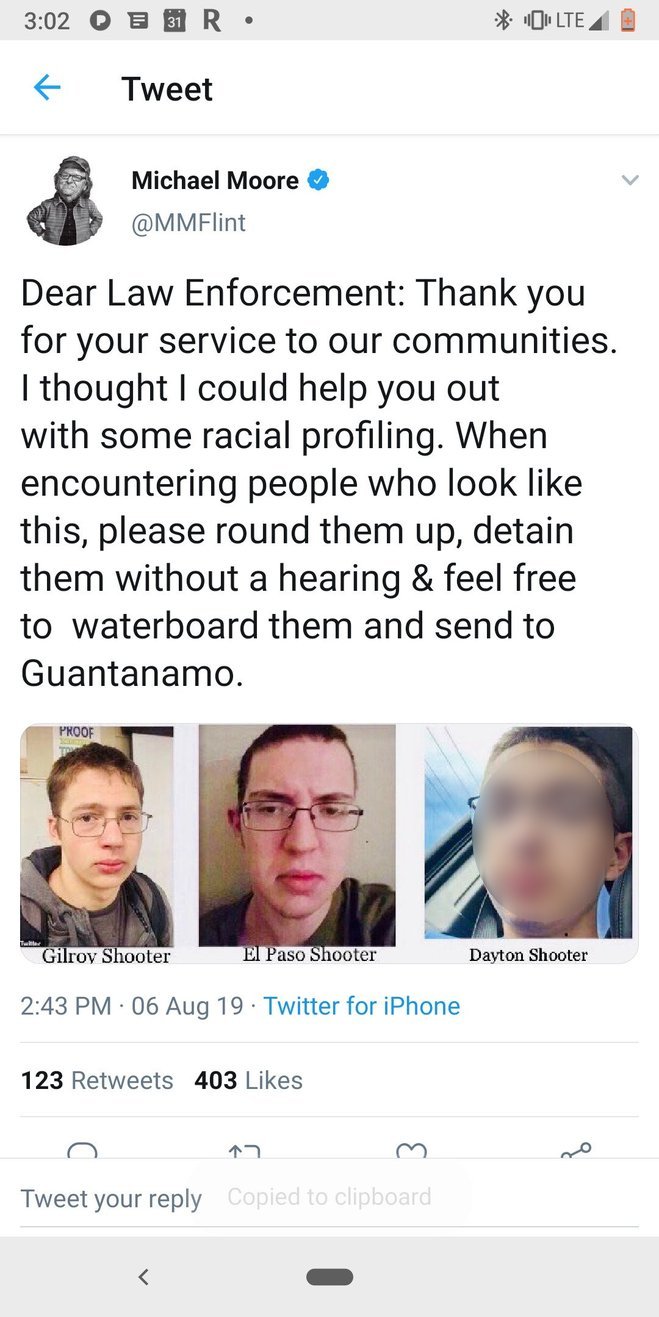 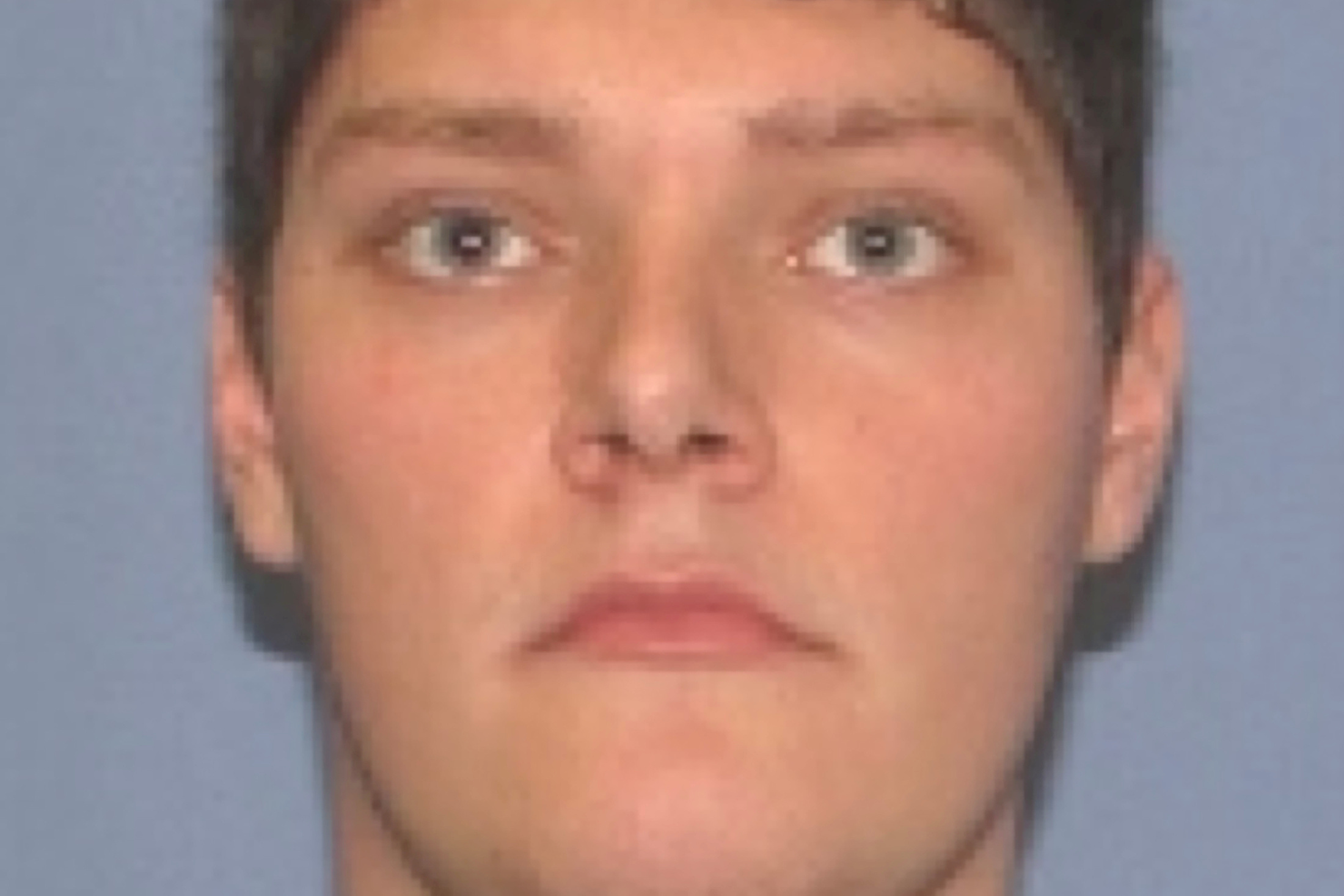 The documentary filmmaker’s since-deleted tweet comes after the nation was rocked by two apparently unrelated mass shootings this weekend. Twenty people died after a shooting in an El Paso shopping area Saturday. At least nine people died with 26 injured following a mass shooting in downtown Dayton early Sunday, according to police.

Days earlier, three people were killed in a shooting at the Gilroy Garlic Festival in northern California on July 28.

Moore is not known for shying away from controversial statements. He said July 31 that former first lady Michelle Obama is the only Democrat who could beat President Donald Trump in 2020.

Moore did not respond to the DCNF’s request for comment by the time of publication.