The executive order freezes all government assets and puts a stop on transactions with Venezuela. The U.S. has also placed this order on North Korea, Iran, Syria and Cuba. Trump previously imposed sanctions on individuals and entities within Venezuela as the political crisis in the country grew.

The U.S. government can now sanction any company or individual that does business with anyone involved with Maduro’s government, the Wall Street Journal reported. The embargo is not meant to target the people of Venezuela, but does threaten to sanction Americans and foreigners who break the executive order.

Trump wrote to Congress Monday that he signed the executive order “in light of the continued usurpation of power by the illegitimate Nicolas Maduro regime, as well as the regime’s human rights abuses, arbitrary arrest and detention of Venezuelan citizens, curtailment of free press, and ongoing attempts to undermine Interim President Juan Guaido,” according to the WSJ.

This action aims to put more pressure on Maduro and countries such as Russia and China, who support him. The U.S. and other countries recognize opposition leader Juan Guaido as Venezuela’s legitimate president, but Maduro, who has been the president of Venezuela since 2013, has maintained control.

Venezuela has experienced widespread protests regarding corruption, and there have been food and medical shortages under Maduro’s control. Maduro has however, retained control of Venezuela’s military. (RELATED: Here’s Everything You Need To Know About The Uprising In Venezuela) 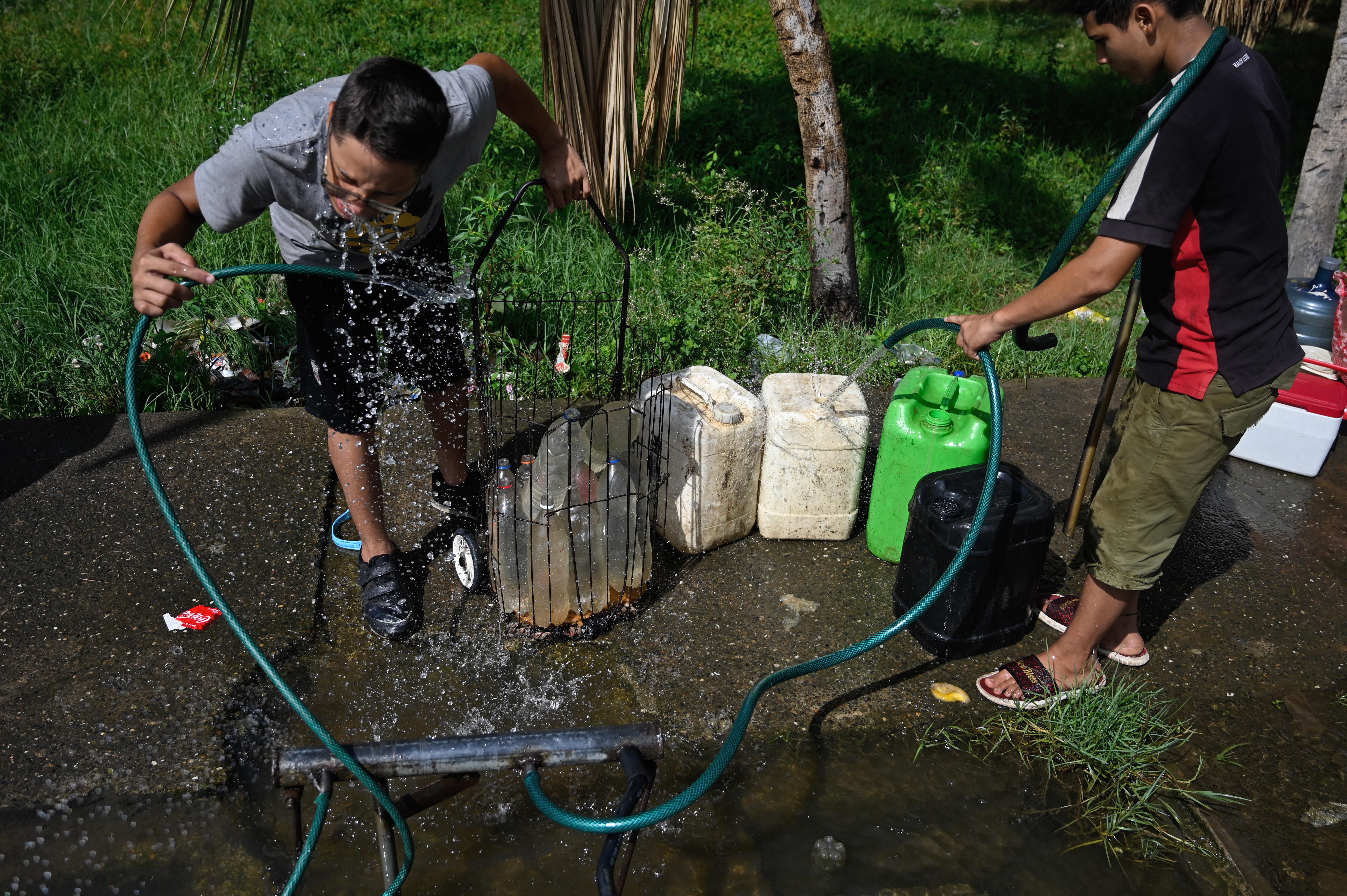 A boy drinks water as another fills jerry cans from a makeshift intake set on a sidewalk for people to collect water in Maracaibo, Zulia State, Venezuela, on July 23, 2019. (FEDERICO PARRA/AFP/Getty Images)

“It worked in Panama, it worked in Nicaragua once, and it will work there again, and it will work in Venezuela and Cuba!” John Bolton, Trump’s national security adviser, wrote for a speech Tuesday in Peru, the WSJ reported. Bolton is speaking at the International Conference on Democracy in Venezuela and will discuss past economic embargoes and their success, according to the WSJ.

About four million Venezuelans have fled the country as a result of Maduro’s rule, according to the United Nations. The House passed a bipartisan bill to grant Venezuelans temporary relief from immigration enforcement in July as a result of the ongoing crisis.