An anti-gun activist walked into a Walmart in Port St. Lucie, Florida looking for a gun to kill 200 people Wednesday night.

But he was only kidding and trying to make a political statement,  according to local NBC affiliate WPTV.

Gun control advocate Phil Attey told the television station, “What I did last night in Walmart was in poor taste,” but he says after learning about the mass shooting in El Paso, Texas, “I got mad.” (RELATED: Sister Of Slain El Paso Couple Calls Democratics ‘Pure Evil’ For Not Welcoming Trump)

He then “confronted the sale clerk and just asked a simple question” about the availability of firearms that could kill 200 people.

“Can you sell me anything (or a gun) that would kill 200 people?” Attey asked.

It “was for them [Walmart] to wake up and think about their role in the gun violence toxic climate that we have,” he said. (RELATED: NRA Comes Out Swinging Against Attacks, Trump Gun Proposals)

The clerk recounted the story by saying that Attey inquired, “Can you sell me anything (or a gun) that would kill 200 people?” The store employee replied, “That isn’t funny,” to which Attey said, “I know,” as he again asked if the store could sell him a firearm that could kill 200 people.

Attey promoted the episode on his Facebook page. “YES … THIS WAS ME. Yes, I was making a political statement. Walmart, what say ye? Can you guarantee that the guns you sell won’t be used to take human life? And if you cannot … STOP SELLING THEM!”

Last weekend’s deadly shooting in El Paso, where 22 people died, occurred in a Walmart. The killer in that instance is believed to be a white supremacist who wanted to reverse the “Hispanic invasion of Texas.” The other weekend shooting occurred in Dayton, Ohio and claimed 9 lives. 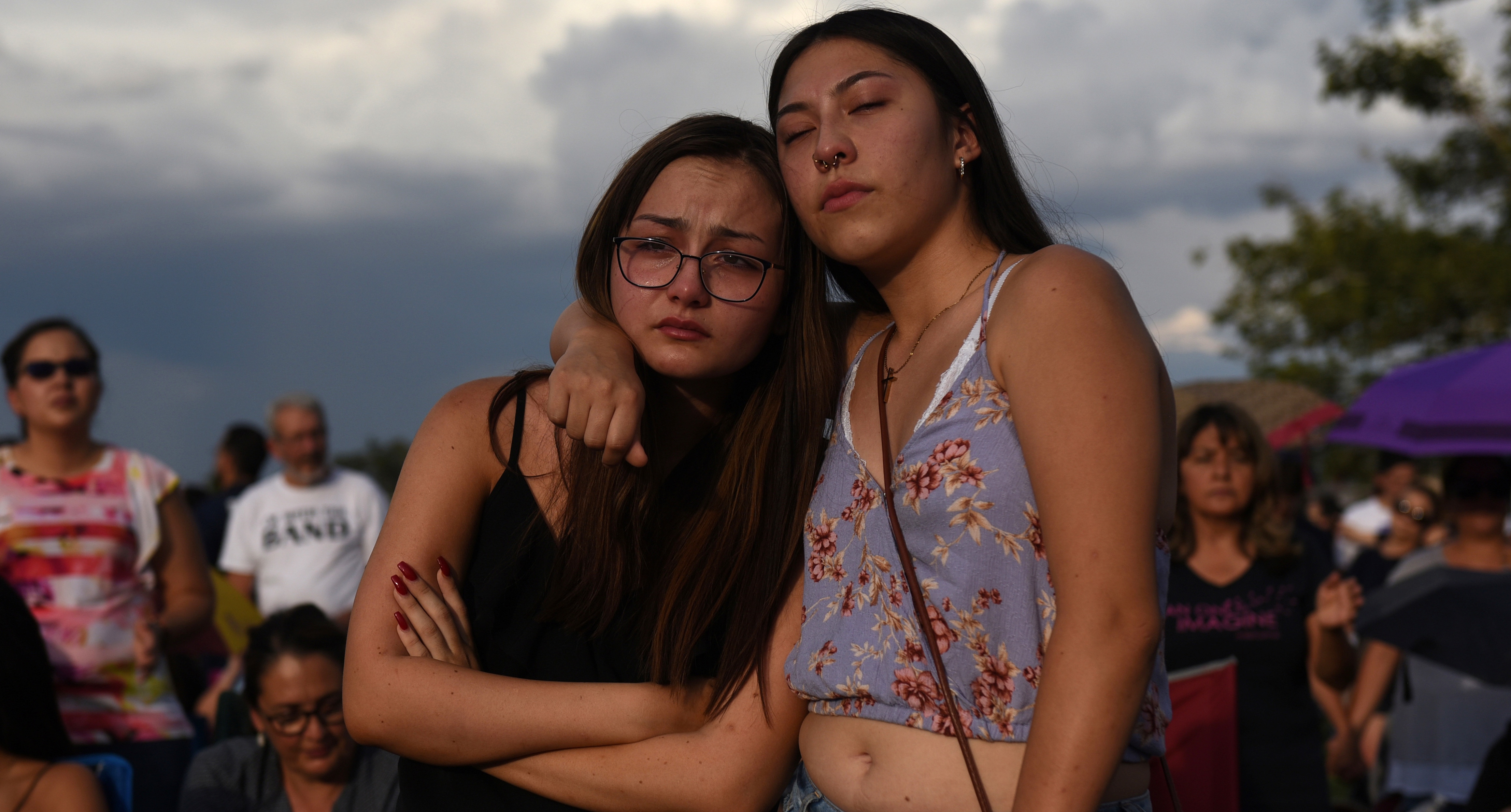 Amber Ruiz and Jazmyn Blake embrace during a vigil a day after a mass shooting at a Walmart store in El Paso, Texas, U.S. Aug. 4, 2019. REUTERS/Callaghan O’Hare

Local police have not charged Attey with a crime but neither were they impressed with the way he chose to make his political statement: “Obviously you do have a First Amendment right but there’s a right way and wrong way to do things,”  Port St. Lucie Assistant Chief of Police  Richard Del Toro told WPTV.