The man allegedly behind a deadly shooting spree at a Texas shopping mall is believed to have published an anti-immigrant manifesto minutes before the attack.

The nearly 2,400-word manifesto allegedly outlines the shooter’s reasons for the launching the attack, breaking down the “political” and “economic” motivations. The entire diatribe argues that U.S. leaders — both Republicans and Democrats — are guilty of allowing unfettered immigration into the country and that violent action is needed to preserve the white population.

“This attack is a response to the Hispanic invasion of Texas. They are the instigators, not me. I am simply defending my country from cultural and ethnic replacement brought on by an invasion,” the manifesto reads. “[I]t makes no sense to keep on letting millions of illegal or legal immigrants flood into the United States, and to keep the tens of millions that are already here.”

The screed blamed the GOP for being “divided” on the issue of mass immigration, accusing a significant portion of the Republican Party of being sold to corporate interests that want to maintain a steady flow of low-wage migrants into the country. It took aim at the Democratic Party, accusing it of being essentially universal in its support of welcoming an onslaught of migrants, and said Democrats’ “pandering” to the Hispanic population will give them dominant control of the U.S. political system in the near future.

The author expressed explicit support to the Christchurch shooter, who killed around 50 people at a mosque in Christchurch, New Zealand, in March. The author also gained inspiration for his Saturday attack by reading “The Great Replacement,” a book by a white nationalist French author who claims European elites are conspiring to replace their native populations with non-European immigrants.

The manifesto ticks off a number of far-right grievances, however, the author also devoted a significant portion to overpopulation and its contribution to environmental degradation. 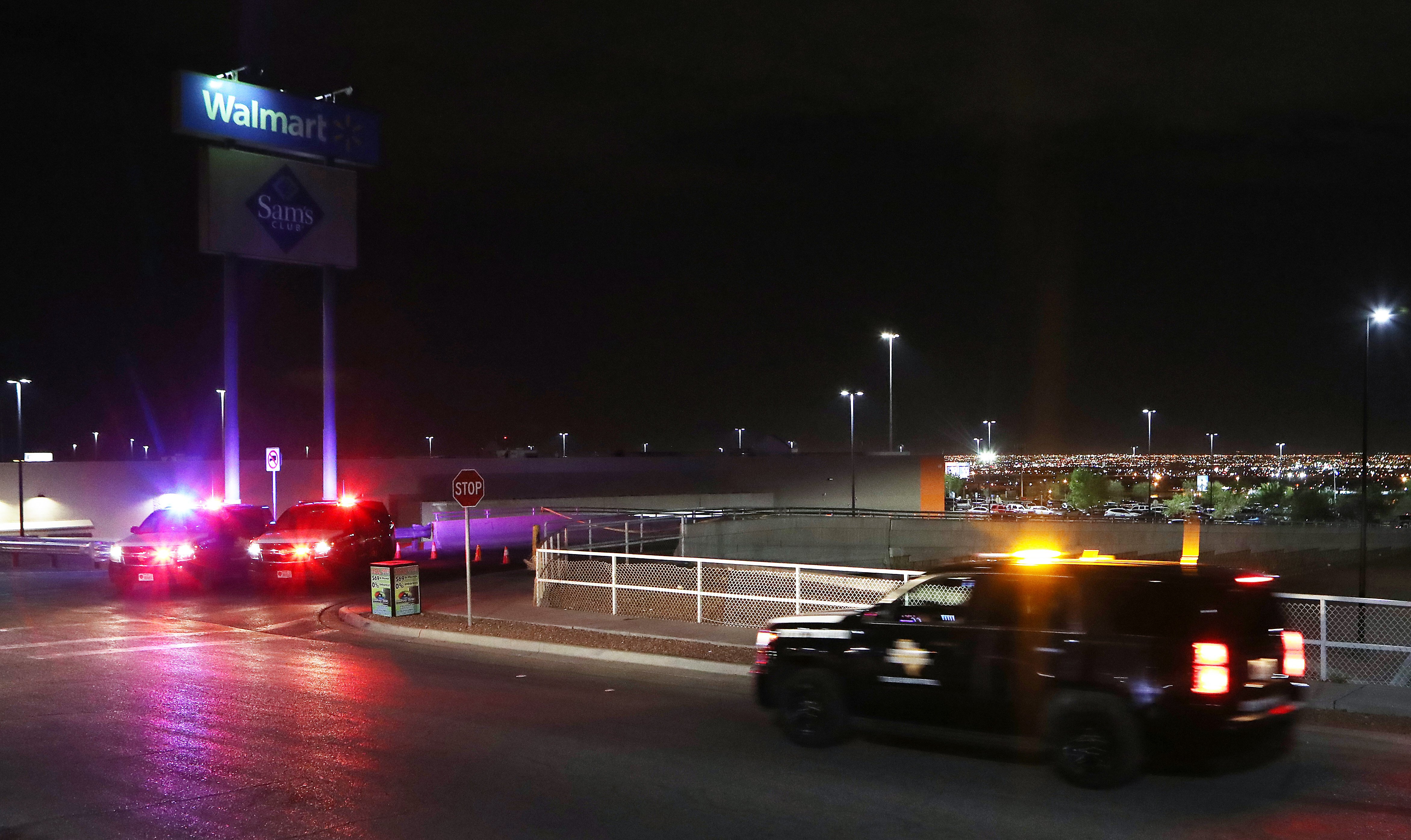 Police keep watch outside Walmart near the scene of a mass shooting which left at least 20 people dead on Aug. 3, 2019 in El Paso, Texas. (Photo by Mario Tama/Getty Images)

“The decimation of the environment is creating a massive burden for future generations. Corporations are heaing [sic] the destruction of our environment by shamelessly over harvesting resources,” it went on, saying Americans are unwilling to change their lifestyle to save the environment. “Fresh water is being polluted from farming and oil drilling operations. Consumer culture is creating thousands of tons of unnecessary plastic waste and electronic waste, and recycling to help slow this down is almost non-existent.”

The author concluded the “next logical step” is to decrease the population. “If we can get rid of enough people, then our way of life can become more sustainable,” the manifesto said. (RELATED: Liberals Blame Trump, Fox News Following Weekend Shootings)

“This is just the beginning of the fight for America and Europe. I am honored to head the fight to reclaim my country from destruction,” it said.

The El Paso police chief said his department believes the manifesto belongs to the shooter. If so, Saturday’s deadly attack will likely be branded as a hate crime.