Late Disney star Cameron Boyce’s parents said, before his death last month, they were out to dinner with him and had “no indication” anything was wrong.

“The night he [Boyce] passed away, we were out to dinner with him just hours before,” the Disney Channel star’s father, Victor Boyce, told “Good Morning America” in an interview that will air Thursday, per Page Six in a piece published Wednesday. (RELATED: Former Disney Star Avoids Jail Time After After Bringing Loaded Gun To Airport) 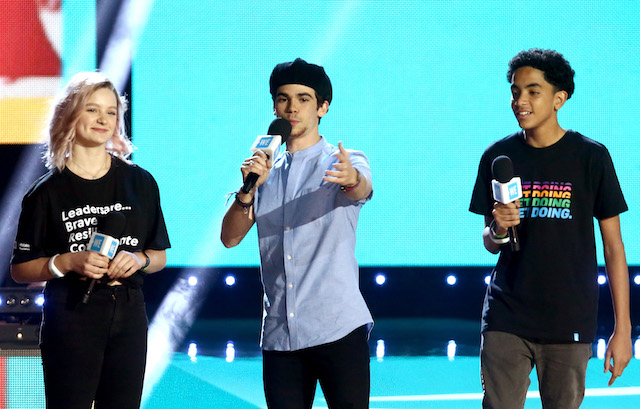 Macy Lillard, Cameron Boyce and Jazzy Satten speak onstage at WE Day California at The Forum on April 25, 2019 in Inglewood, California. (Photo by Tommaso Boddi/Getty Images for WE Day)

“It was a completely normal, beautiful family night out to dinner,” he added. “There was no indication that anything was wrong.” (RELATED: Former Disney Star Charged After Taking Loaded Firearm To Airport)

Victor continued, “I mean there was no way to know in hours my son would be dead. Like, it was just staggeringly crazy and horrible. And we were texting that night.”

Cameron’s father confirmed the actor suffered from epilepsy, but he didn’t let it define his life.

“It didn’t define him,” Victor explained. “He wasn’t scared. He never complained about anything.”

“He loved life. This is, for me, the hardest thing,” the Disney star’s mom, Libby, shared. “He was in a place where he was truly happy. I mean, Cameron was always happy. Never a negative thing came out of his mouth.”

As previously reported, “The Descendants 3” star died in his sleep last month after suffering from an epilepsy-related seizure. He was just 20 years old.