“I rarely speak on this stuff but today, I’m making an exception… It is NEVER OK to come up behind a female reporter (or any woman), brush her on the head and say, ‘Hey sexy.’ A fan (didn’t see his face) did this while I was kneeling on the sideline about 20 minutes ago.”

— Jenna Laine, reporter, ESPN. After many sympathetic responses, she said, “I appreciate you all listening. Thank you. I love the fans here and camp is such a great time to connect. I just hope the rest of folks can be decent humans and not do that!” Read more about what happened here.

MOOD: “Love to wake up at 5am every day this week, existence is pain.” — Shoshana Weissmann, digital media manager, R Street Institute.

Stacey Abrams ran for governor of Georgia in 2018 but lost. She has considered a presidential run. She says she’s open to a Veep slot. Not the show, the office. (RELATED: Stacey ‘Don’t Run For Second Place’ Abrams Is Now Open To Being Any Democrat’s VP) 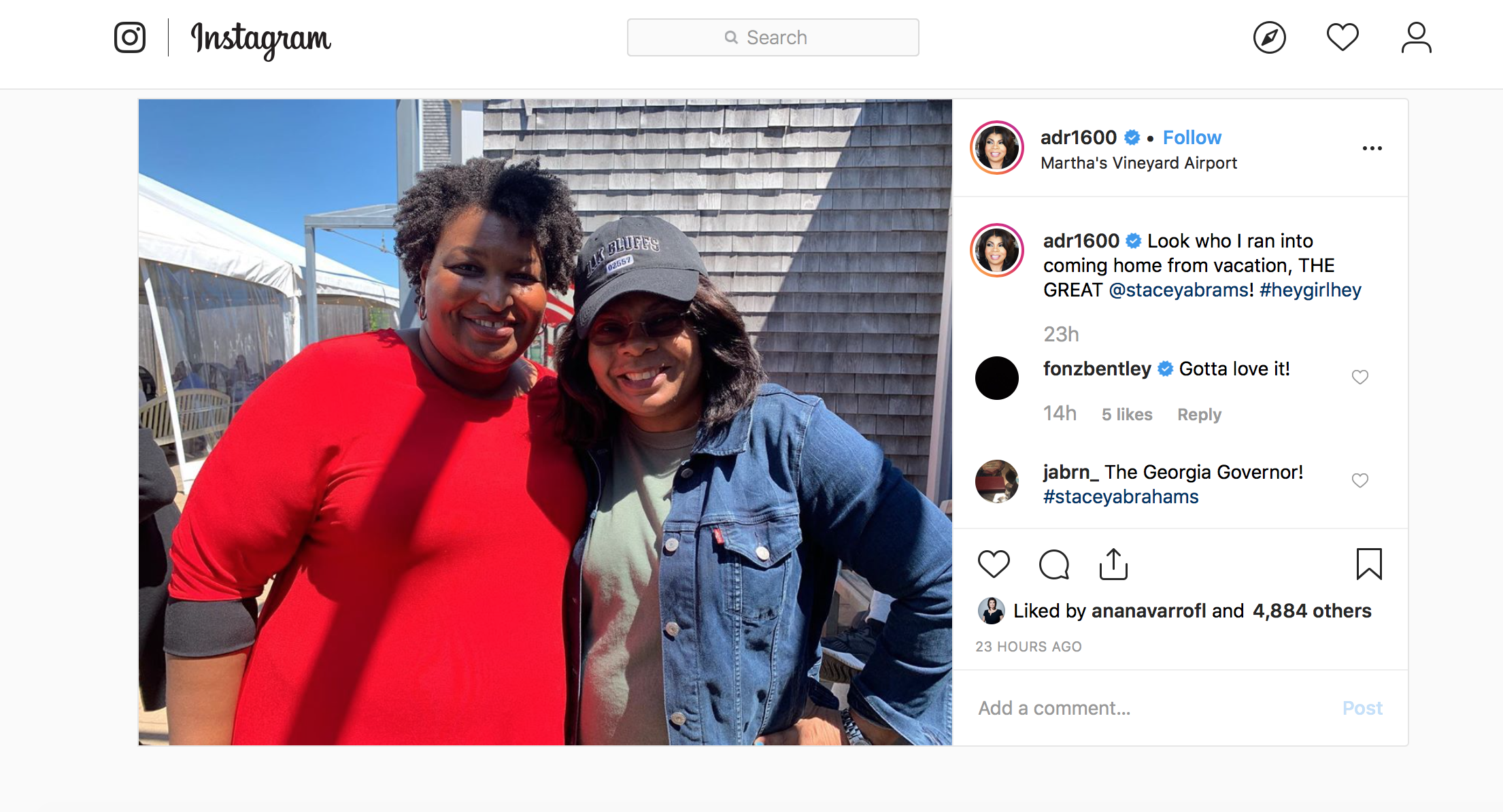 MSNBC: What was the best thing you had at the Iowa State Fair?

Tim Ryan: “It was actually the Busch Light draft beer…and I haven’t had a Busch Light since college.”

“THERAPIST: You realize you’re dealing with trauma, right? That you can’t just joke about this forever?” — Carlos Maza, a.k.a. @gaywonk. He claims he was harassed by right-wing YouTuber Steven Crowder. Maza succeeded in getting YouTube to demonetize Crowder’s YouTube channel. Here.

Read his op-ed in the NYT here.

Ex-Rep. Joe Walsh (R-Ill.): “Why did I write this piece? Two reasons: First, I wanted to make clear that Donald Trump is unfit to be President, and he MUST be challenged in the Republican primary. And second, I wanted to apologize for the role I played in helping to put an unfit con man in the White House.”

Max Boot, WaPo columnist, CNN analyst: “Well done! Not easy but important to do. You’re a model for other conservatives.”

Journo has been in the hospital

“For anyone wondering why I’ve been pretty quiet the past two days, I’ve been fighting a pretty bad little illness. I’m at the hospital now and all will be totally fine — but prayers are still appreciated.” — Josh Hammer, editor-at-large, The Daily Wire.

5 Dumbest Tweets of the Week

4. “I am learning a lot about pans now. Am impressed. You guys must eat at restaurants that let you inside the kitchen to know this much.” — Jim Antle, editor, The American Conservative.

3. “If I don’t have the Popeyes chicken sandwich soon I fear I will perish.” — Amanda Mull, The Atlantic.

2. “I don’t support extremists, radicals or idiots no matter what party they r in.” — Jonathan Franks, flack for Twactivist  Montel Williams. His title is “Senior Adviser.” (He doesn’t support idiots. Brilliant.)

1. “What if you only own one pan? Asking for a friend.” — Jim Antle, editor, The American Conservative.

First runner up: “I’ll be on CNN in about 15.” — Adam Serwer, The Atlantic, humble-bragging. 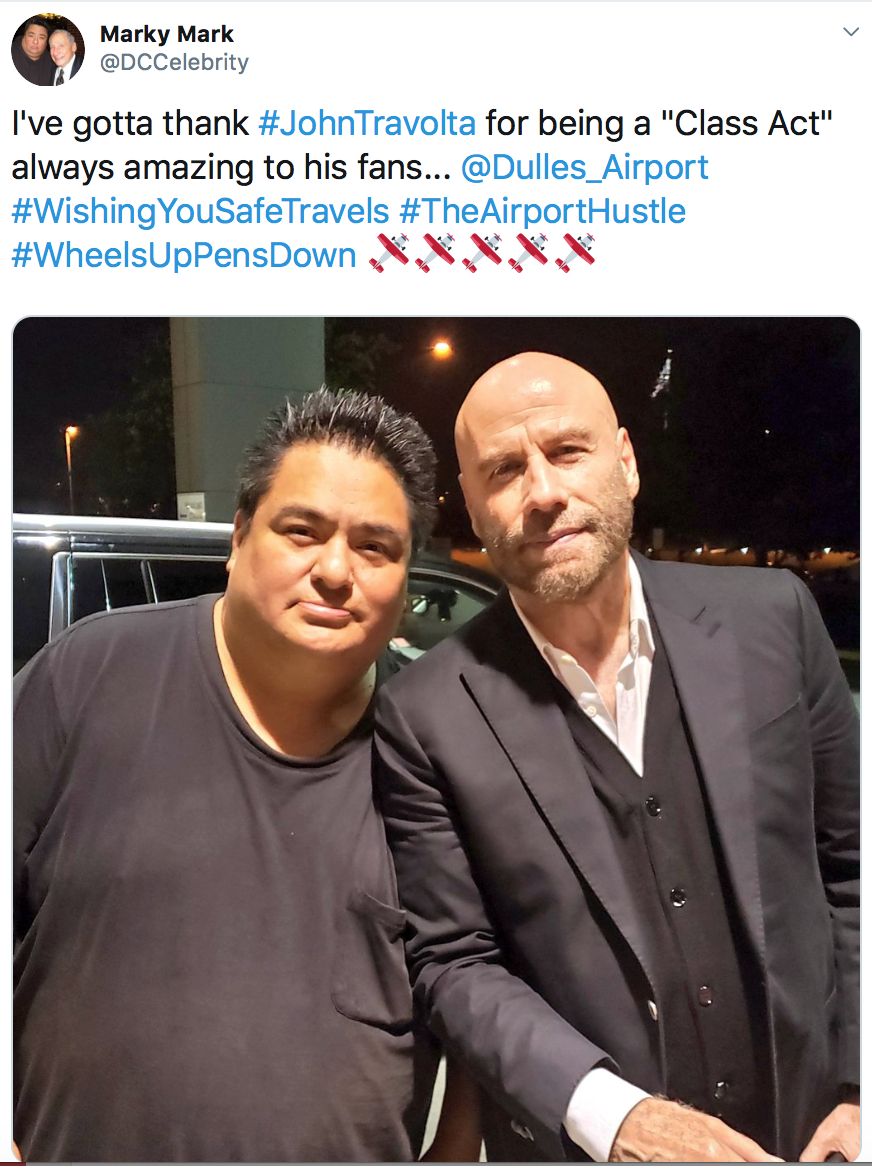 There’s a piece on men and heights in the works…

“FOR A PIECE: Men, do you notice that you tend to be friends with men your own height? Or do you feel like the one short/tall dude in a group of much taller or shorter men? Do you ever find yourselves standing in a circle of like-heighted dudes and wondering how that happened?” — Miles Klee.

Meghan Markle hits up the Spanish island of Ibiza. Here.

MONTEL WILLIAMS: “I like Dr. Cassidy. I’d like him to clarify that he doesn’t mean to draw moral equivalence between those peacefully protesting racism with white supremacists.”

SEN. BILL CASSIDY: “There is not a moral equivalency between white supremacists and peacefully protesting racism. That is unrelated to the issue at hand. The anthem calls us to acknowledge the sacrifice made by others to win and preserve our freedom.”

SEN. BILL CASSIDY: “This young man was given the honor to represent the U.S. on the world stage and instead chose to put identity politics before pride for our country. I’ve had enough of this. We must honor our flag and pay respect to all who have sacrificed for our rights.”

MONTEL WILLIAMS: “With respect, Senator, I choose to stand and sing for the anthem. That said, I served 22 years, sir, the notion it is un-patriotic for @Race_Imboden to do this defies gravity. Also, if racism is universally bad, protesting it isn’t engaging in ‘identity politics.'”

Headline of the Day: Here.