China sent a letter to foreign news outlets Thursday urging journalists to be more “objective” and “impartial” in their reporting of the Hong Kong protests that have been ongoing since June.

Protesters in Hong Kong have reached their 12th consecutive week of demonstrations against an extradition bill that would send criminal suspects in Hong Kong to mainland China for trial, among other issues like police brutality and China’s “one country, two systems” policy with Hong Kong.

Beijing has said China’s “most pressing task” right now is to “end the chaos and violence and to restore order,” but because it sees foreign reports of the protests as bias, the country sent a letter to more than 30 overseas media outlets in an effort to impact how the news is being reported, according to the South China Morning Post.

China is trying to shape the Hong Kong narrative with a letter to the media https://t.co/iNQUcRcIe9

The letter, signed by Hua Chunying, the new head of China’s foreign ministry information department, call on the various outlets to do their “social responsibility” to help “protesters ignorant of the truth to get back to the right path.” (RELATED: Twitter Is Getting Paid For Chinese Propaganda About Hong Kong, And No One’s Talking About It)

“There is still some coverage based on selective facts or no facts at all,” the letter reads. “…Hong Kong is at critical moment. The call for rule of law, order and tranquillity represents the mainstream public opinion in Hong Kong. The pressing task is to stop violence, end chaos and restore order, where I believe the media have an important role to play.”

“I hope that you and the media agency you lead will take up your due social responsibility and make reports that are neutral, objective, impartial and comprehensive, so that your coverage may help those protesters ignorant of the truth to get back to the right path, and help those who have been seriously misled to come to a rational and fair judgment,” it continues. 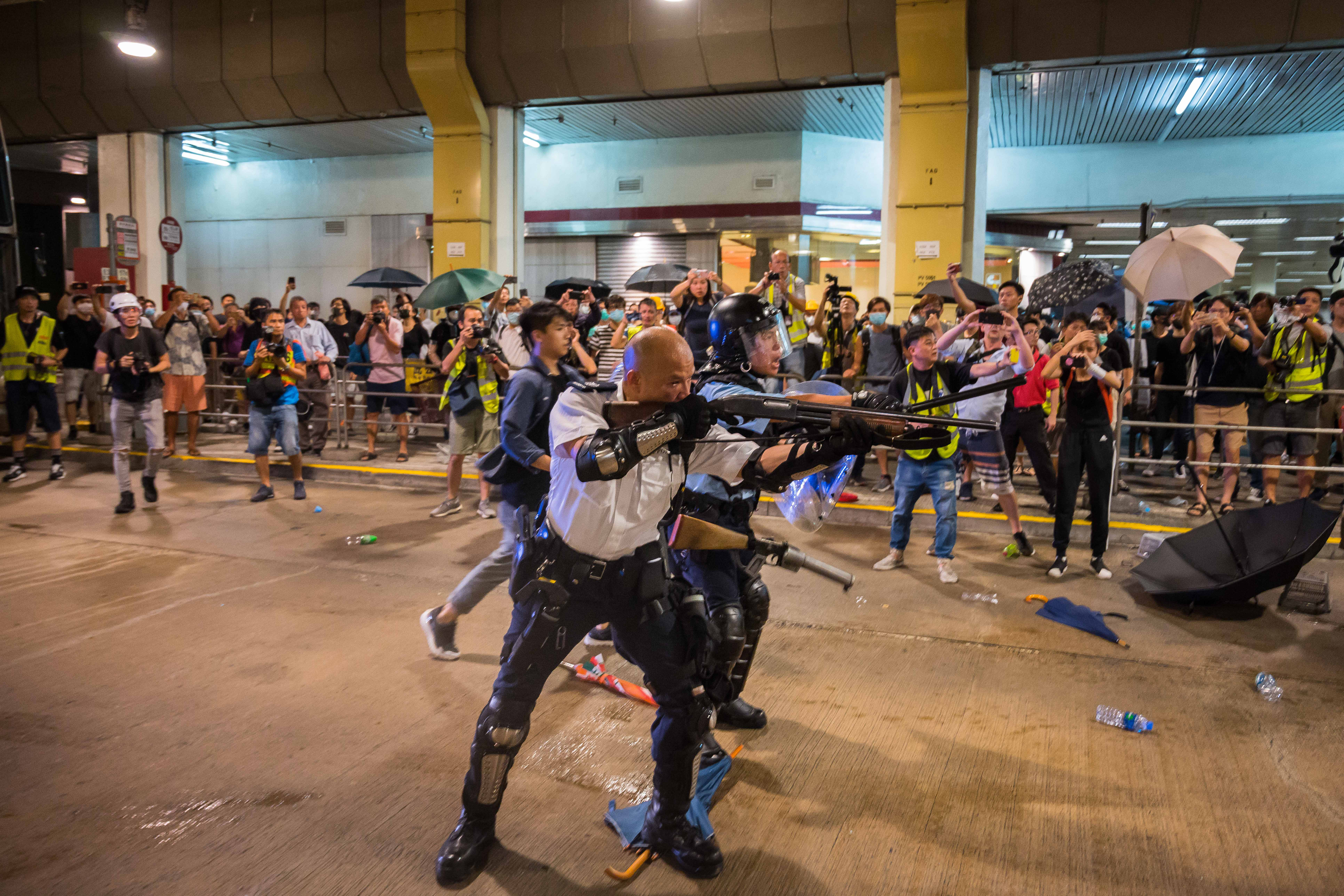 A riot police officer holds a shotgun towards protestors during a demonstration on July 30, 2019 in Hong Kong, China. Protesters have continued weekly rallies on the streets of Hong Kong (Photo by Billy H.C. Kwok/Getty Images)

The demonstrations in Hong Kong have attracted some of the largest crowds in the history of the world’s protests. Its largest crowd in June drew 2 million people, and a more recent protest on Aug. 9 drew 1.7 million in the rain, bringing the region’s concerns to the attention of popular media outlets across the globe.

“The Chinese government has established effective control over domestic media after the Hong Kong protests showed signs of violence and posed a challenge to the central government’s authority,” assistant professor of media and communications at Xian Jiaotong-Liverpool University Yik Chan Chin told the Post.

The Chinese military has been stationed at the Shenzhen border for weeks as a threat from China that it is willing to send military personnel into Hong Kong in retaliation for the sometimes violent protests there that have been taking place.