A former Trump business associate and witness in the special counsel’s probe provided “extensive” cooperation to U.S. spy agencies in numerous terrorism and mafia-related investigations, according to a 2009 court filing unsealed Friday.

Felix Sater provided the FBI, CIA and Defense Intelligence Agency with intelligence on a broad range of topics over the course of more than a decade, Benton J. Campbell, the then-U.S. attorney for the Eastern District of New York, said in an Aug. 27, 2009 court filing.

“Sater’s cooperation was extensive and greatly assisted the government’s efforts in fighting crime in multiple arenas,” said Campbell, who argued for a lenient sentence for Sater.

“Sater went above and beyond what is expected of most cooperators and placed himself in great jeopardy in so doing,” he said. “Throughout the near ten-year period that Sater cooperated with the government, he worked continuously with a number of agents who supervised his activities.”

Sater, an American citizen born in Russia, formally began cooperating with the U.S. government on Dec. 10, 1998, as part of an agreement that required him to plead guilty to racketeering and money laundering charges related to a $40 million stock scheme. 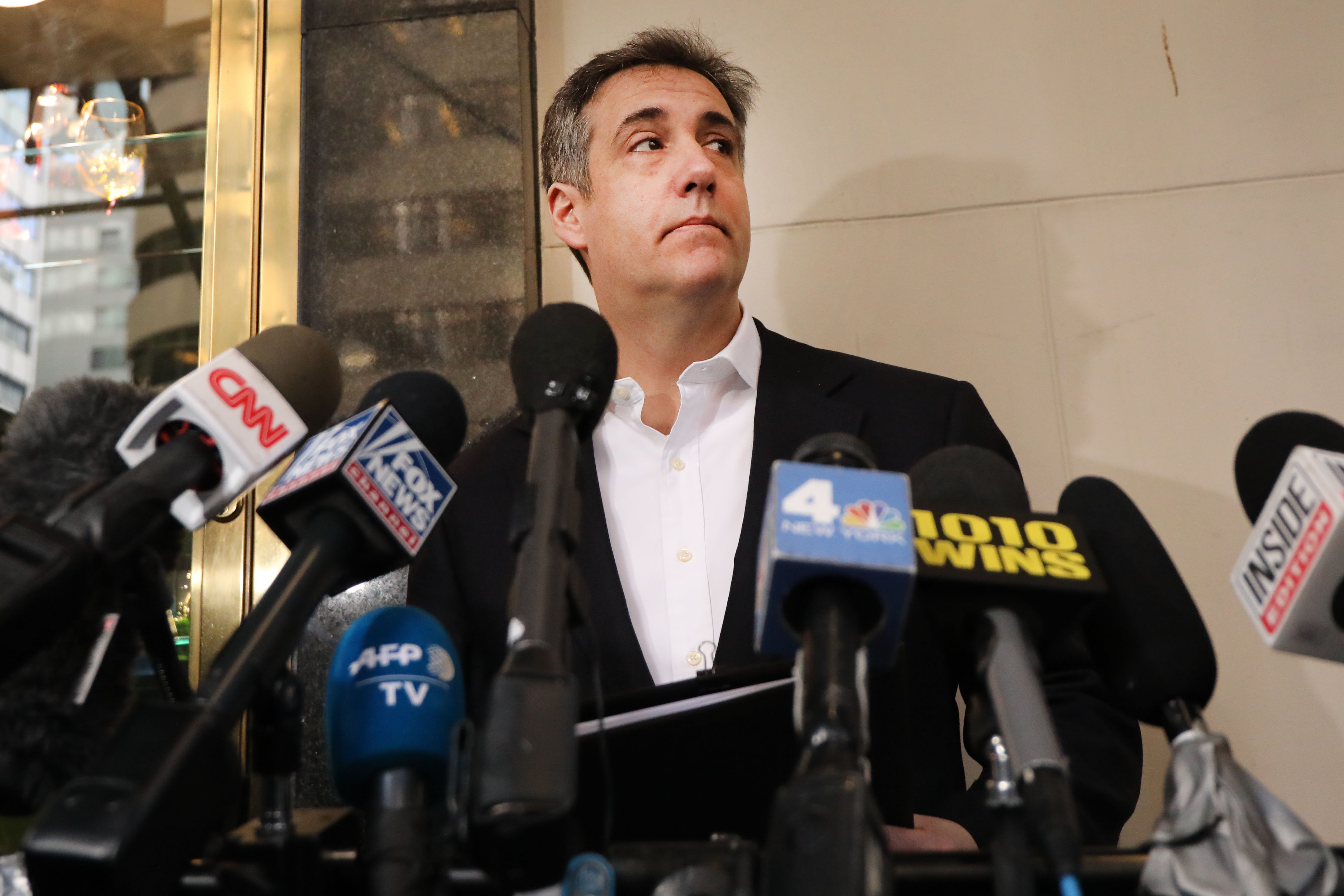 Michael Cohen, the former personal attorney to President Donald Trump, speaks to the media before departing his Manhattan apartment for prison on May 6, 2019 in New York City. (Spencer Platt/Getty Images)

Over the course of the next decade, Sater obtained intelligence regarding mafia activities in New York, Russian organized crime schemes in Cyprus, and al-Qaeda activities in the Middle East and Afghanistan. Sater was credited with obtaining Osama bin Laden’s satellite phone numbers and with providing information about an assassination attempt against President George W. Bush.

Sater’s lawyers said in an Oct. 19, 2009 filing also unsealed Friday that he worked with U.S. military intelligence to covertly obtain details about a Russian anti-missile system.

The court filings, which were unsealed in response to a lawsuit media companies filed, confirm details of BuzzFeed News’ reporting in March 2018 on Sater’s expansive resume. Sater disclosed his informant work to BuzzFeed in an effort to push back on the media narrative that he was linked to Russian intelligence and Russian organized crime.

News reports began appearing during the 2016 campaign detailing Sater’s real estate work with the Trump Organization and his past criminal history. In addition to his role in the stock fraud, Sater served a year in prison for assaulting a man with a cocktail glass at a Manhattan bar in 1991.

Sater was also on the radar of Fusion GPS, the opposition research firm that investigated the Trump campaign on behalf of Democrats. Glenn Simpson, the founder of Fusion GPS, testified to the Senate Judiciary Committee on Aug. 22, 2017 that Sater had links to Russian organized crime figures. (RELATED: Ex-FBI Official: Fusion GPS Founder Tried To ‘Elevate’ Dossier By Spreading It All Around Washington)

Sater accused Simpson of perjury on July 9, after leaving an interview with the House Intelligence Committee. The committee questioned Sater about his contacts with President Donald Trump and Trump’s former lawyer, Michael Cohen.

Beginning in October 2015, Sater and Cohen worked together in hopes of building a Trump Tower in Moscow. The special counsel’s probe focused on the project as part of an investigation into the Trump campaign’s links to the Russian government, interviewing Sater multiple times in 2017 and 2018.