The Cherokee Nation announced that it plans to enact a trio of treaties in order to secure Congressional representation.

“As Native issues continue to rise to the forefront of the national dialogue, now is the time for Cherokee Nation to execute a provision in our treaties. It’s a right negotiated by our ancestors in two treaties with the federal government and reaffirmed in the Treaty of 1866,” said Chief Hoskin, the press release says. Hoskin also said the move is aimed at “strengthening our [Cherokee] sovereignty.”

Hoskin nominated Kim Teehee, the tribe’s current Vice President of Government Relations and a former senior advisor to President Barack Obama to be the Cherokee’s delegate. Teehee’s nomination may be confirmed Thursday by a special meeting of the Council of the Cherokee Nation. 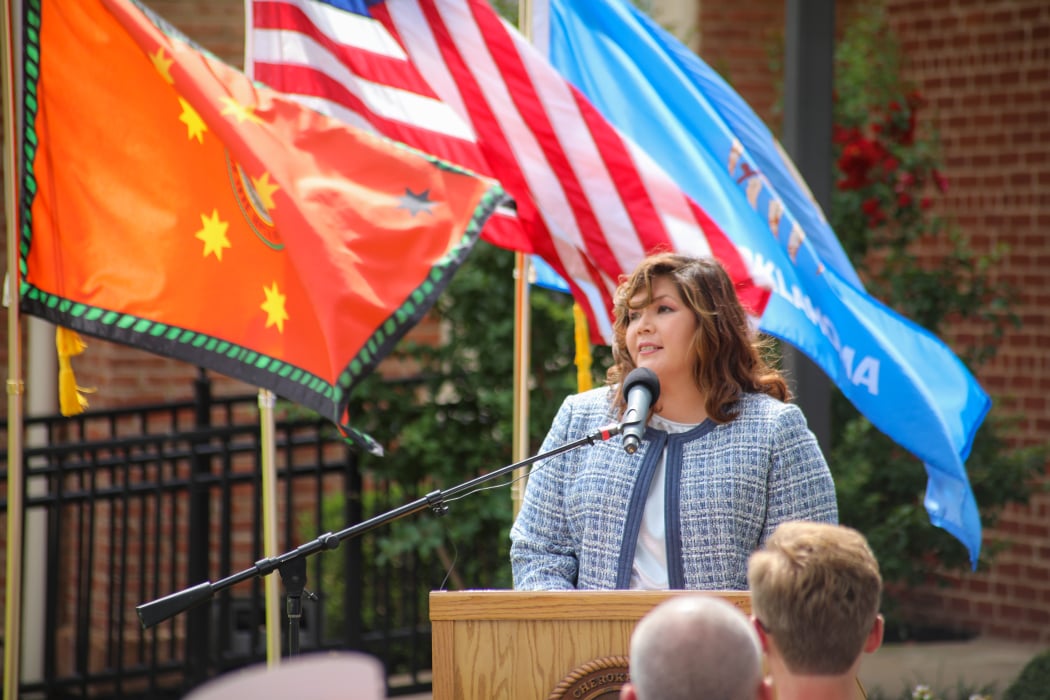 The Cherokee nation is seeking to appoint Kim Teehee as a Congressional delegate. (Cherokee Nation/Press Kit)

This is not the first time congressional representation for tribal peoples has been considered. For over a decade, legal scholars like Professor Ezra Rosser have argued for native representation.

Rosser published an article in the Boston University Public Interest Law Journal in 2005 claiming that “a Cherokee delegate in Congress would fundamentally alter the relationship between the U.S. government and the Cherokee Nation, and, as a practical matter, between the U.S. and all tribes.” Today, he makes basically this same argument speaking with media outlets like CNN.

There are currently six non voting members of  Congress, five delegates and one resident commissioner. These individuals represent the interests of special areas like Washington D.C., Puerto Rico and permanently occupied U.S. territories.

There are presently four Native American members of Congress. Markwayne Mullin, a Republican from Oklahoma, is the only Cherokee of the group. Tom Cole, also a Republican, Native American from Oklahoma is a member of the Chickasaw tribe. Democrats Sharice Davis from Kansas and Deb Haaland of New Mexico are members of the Ho-Chunk and Laguna Pueblo tribes respectively.

The Cherokee nation is the largest of the 567 federally recognized tribes claiming over 370,000 members, about a third of whom reside across just 14 counties in northeastern Oklahoma, according to their website.