Karem, also a CNN political analyst, got into a verbal confrontation with former Trump aide Sebastian Gorka in July. A video appeared to show Gorka yelling at Karem. However, a second video showed that Karem allegedly instigated the fight after he taunted attendees because he wasn’t happy about seating arrangements at Trump’s social media summit.

WHCA filed an amicus brief Monday expressing support for Karem’s lawsuit, which he filed August 20. The lawsuit asks for a temporary restraining order as well as a re-instatement of Karem’s press pass, which has been suspended for 30 days following Karem’s behavior at the White House in July.

“The White House is the People’s House, and the First Amendment does not permit the President to pick and choose which journalists do – and do not – cover him there,” the brief reads. “If the administration were to have the absolute discretion to strip a correspondent of a hard pass, the chilling effect would be severe, and the First Amendment protections afforded to journalists, to gather and report news on the activities of the President, would be largely eviscerated.” 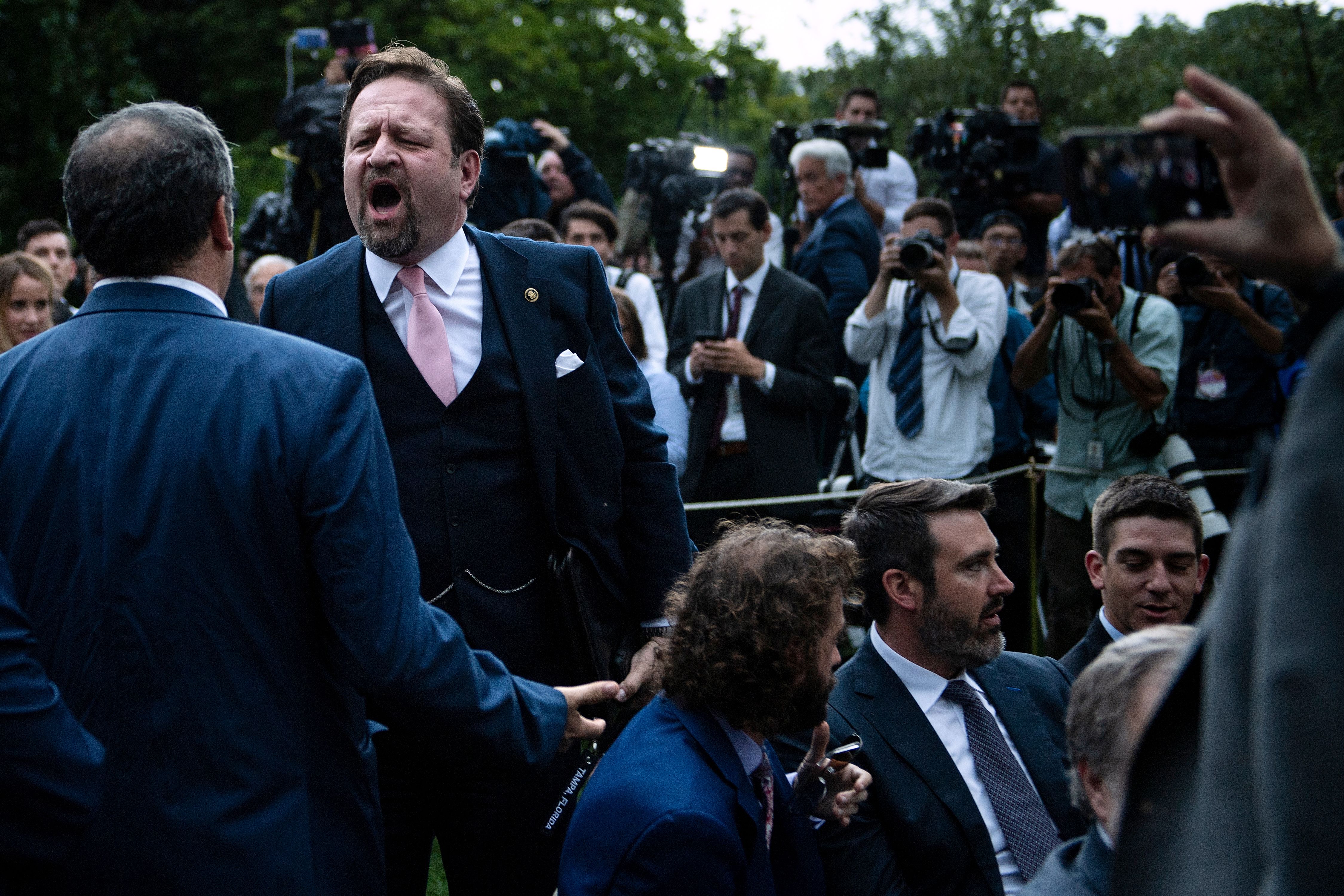 Grisham suspended Karem’s pass August 16 to “deter Mr. Karem and other members of the press” from engaging in unprofessional conduct, according to the brief. It adds that Grisham, “an agent of the President,” decided “based on her own evaluation” that Karem’s behavior wasn’t professional. (RELATED: CNN Analyst Brian Karem Defends Press Briefing Meltdown)

“Either scenario leaves White House correspondents with the same untenable, unconstitutional, speech-chilling choice: avoid questioning and reporting that could reflect negatively on the President or risk losing a hard pass.”

Jonathan Karl, President of WHCA, wrote that the organization “strongly” disagrees “with the government’s argument that neither the Constitution’s Due Process clause nor the First Amendment constrains the administration in determining who gets access to the White House.”

“We also believe giving the White House Press Secretary unfettered discretion to determine what is ‘professional’ or ‘unprofessional’ conduct would have a chilling effect on journalists,” Karl said according to a press release Monday.

WHCA is a “joint service organization dedicated to providing premier information services and communications support to the president,” its website reads. WHCA filed the brief as an impartial adviser.

“When government officials – including the President of the United States here – attempt to restrict, curtail, intimidate, or silence the press in its news gathering activities, the rights of the people and the press, as guaranteed by the First Amendment, are infringed, and our democratic form of government is placed in jeopardy,” WHCA said in the brief.