A mom in Washington, D.C., said that her husband left her to be with Democratic Minnesota Rep. Ilhan Omar, a divorce filing reads according to The New York Post.

Dr. Beth Jordan Mynett said in court filings that Tim Mynett, her then-husband, admitted he was having an affair with Omar in April. Tim expressed his love for the congresswoman and then left his wife, according to the divorce papers filed Tuesday.

“The parties physically separated on or about April 7, 2019, when Defendant told Plaintiff that he was romantically involved with and in love with another woman, Ilhan Omar,” court papers read, according to the Post.

Tim, 38, is a political consultant and has a 13-year-old daughter with Beth. She was “willing to fight for the marriage,” but Tim rejected the notion, according to court papers. They married in 2012.

Omar recently separated from her husband, Ahmed Hirsi, according to reports from the Daily Mail. These allegations have not been proven. The Daily Mail previously reported Omar may be “having an affair” with Tim, and added photos they allege show Tim and Omar holding hands outside of a restaurant in Los Angeles in March. 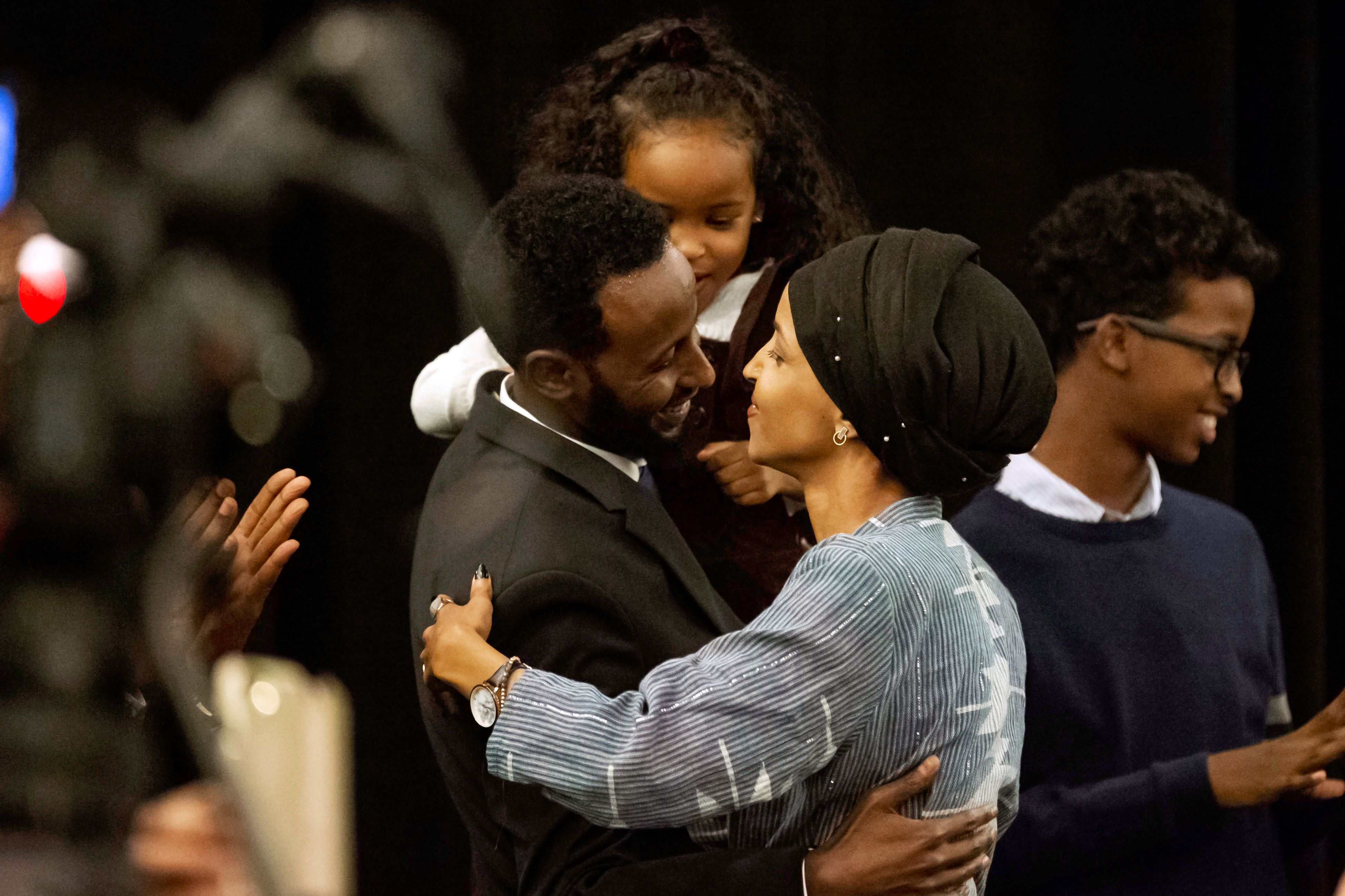 Ilhan Omar (C), newly elected to the U.S. House of Representatives on the Democratic ticket, celebrates with her husband Ahmad Hirsi and daughter Ilwad as her son Adnan (R) looks on, after her Congressional 5th District primary victory in Minneapolis, Minnesota. (KEREM YUCEL/AFP/Getty Images)

“Defendant’s more recent travel and long work hours now appear to be more related to his affair with Rep. Omar than with his actual work commitments,” court papers read. (RELATED: Here’s What Some People On The Right Think Of The ‘Send Her Back’ Chant)

Beth is seeking primary custody of their son, adding that her husband “put his son in harm’s way” by taking him out with the congresswoman, who has received death threats and is often in the media. She is also asking for their D.C. home and requesting that her then-husband pays for legal fees and child support.

“By way of example, days prior to Defendant’s devastating and shocking declaration of love for Rep. Omar and admission of their affair, he and Rep. Omar took the parties’ son to dinner in order to formally meet for the first time at the family’s favorite neighborhood restaurant while Plaintiff was out of town,” the court papers read.

Omar has come under fire after allegations surfaced that she may have committed marriage fraud, according to the Minnesota Star-Tribune, her hometown paper.