The FBI and IRS raided the home of the United Automobile Workers (UAW) Chief President Gary Jones Wednesday and discovered wads of cash.

As many as 12 agents enacted a “knock and announce” protocol as they raided Jones’s Detroit home, according to the Detroit Free Press. Authorities also raided the former UAW chief’s California home, Dennis Williams, the UAW Michigan conference center, and several other UAW spots in Wisconsin and Missouri.

“What did he do?” his wife asked him.

“Not sure. FBI & IRS. Pile of cash in garage,” Telepo texted her back. 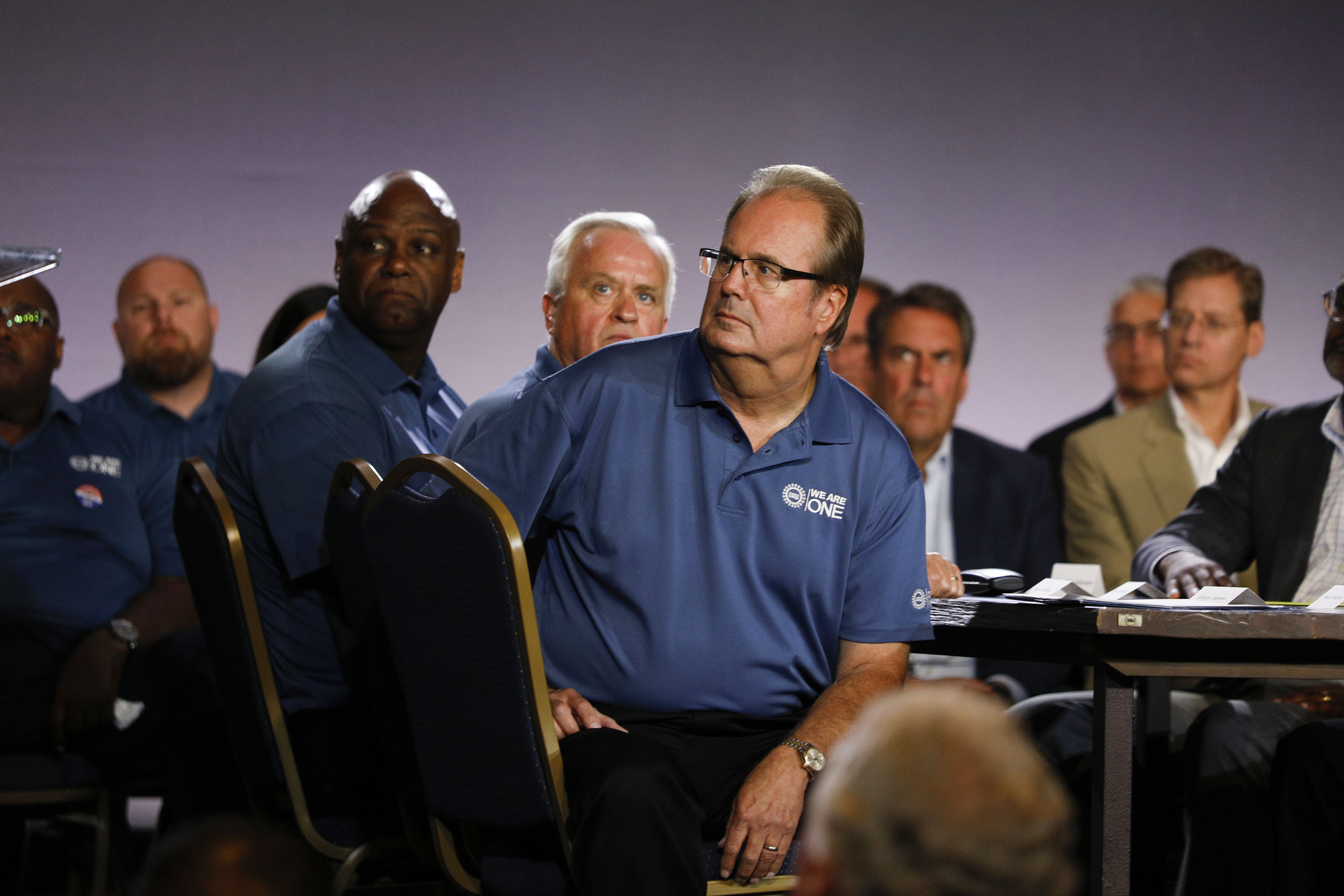 DETROIT, MI – JULY 16: United Auto Workers President Gary Jones listens to General Motors Chairman and CEO Mary Barra speak as they open the 2019 GM-UAW contract talks on July 16, 2019 in Detroit, Michigan. With its increasing investment in electric vehicles, GM is faced with the challenge of transitioning its employees to work with new technologies. (Photo by Bill Pugliano/Getty Images)

The FBI raid may be linked to a scandal surrounding misspent money that the UAW was supposed to use for a joint training center with Fiat Chrysler Automobiles. Millions of dollars intended for worker training have been spent on former union and company officials, the Detroit Free Press reports.

“As the leader of the UAW, President Jones is determined to uncover and address any and all wrongdoing, wherever it might lead,” the UAW said in a statement.

“There was absolutely no need for search warrants to be used by the government today — the UAW has voluntarily responded to every request the government has made throughout the course of its investigation, produced literally hundreds of thousands of documents and other materials to the government, and most importantly, when wrongdoing has been discovered, we have taken strong action to address it.”

The UAW also said that it will continue to cooperate with the government investigation.