The trial for five men charged with planning the September 11 attacks that left almost 3,000 people dead in three cities across the U.S. has been set for Jan. 11, 2021.

Prosecutors have been asking for a trial date to be set since 2012, but this is the first time a trial judge has set a date, the NYT reported. It is unclear why a date was only set now.

Two planes hit the World Trade Center (WTC) in Manhattan after terrorists hijacked an American Airlines and United Airlines flight. Both of the towers at the trade center were hit and collapsed. A third American Airlines hijacked plane crashed into the Pentagon the same morning, and passengers and crew managed to overtake hijackers on a fourth plane. That plane crashed into a field in Pennsylvania, killing 40 on board. 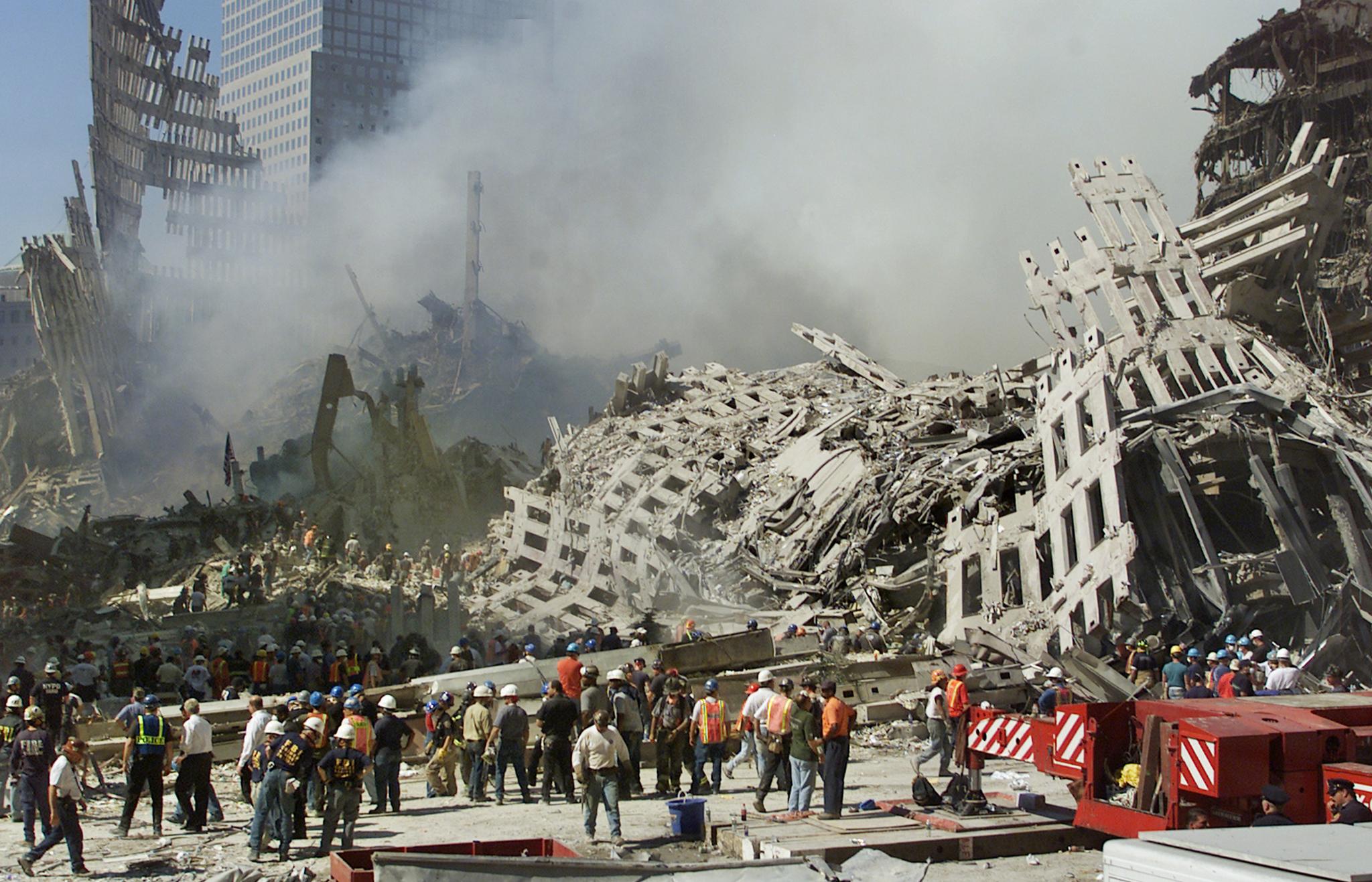 Rescue workers continue their search as smoke rises from the rubble of the World Trade Center 13 September 2001 in New York. (BETH A. KEISER/AFP/Getty Images)

Osama bin Laden, the leader of Al Qaeda, took responsibility for the attacks, according to a tape released by the government. (RELATED: 9/11 Hero Who Testified With Jon Stewart Dies After Battle With Cancer)

The five men being prosecuted were arraigned in 2012 at Guantanamo Bay, a military prison in Cuba, the NYT reported.