The mounted head of an elk called Leroy looms large over Justice Neil Gorsuch’s chambers in the Supreme Court.

Gorsuch received that big-game trophy, a prize the late Justice Antonin Scalia bagged during a 2003 hunting trip in Colorado, on his arrival to the nation’s highest judicial tribunal, according to an excerpt of Gorsuch’s forthcoming book, which the Daily Caller News Foundation exclusively obtained.

Scalia, Gorsuch’s predecessor on the court, was a prolific hunter and gamesman. Despite their ideological differences, Justice Elena Kagan joined Scalia on several hunting expeditions.

As Kagan recounts with some regularity, senators regularly pressed her about gun rights and the Second Amendment while her nomination for the high court was pending. During one such exchange, she promised an unnamed Republican lawmaker that she would ask Scalia to take her hunting should she be confirmed. Scalia gladly obliged.

Though Gorsuch never hunted with Scalia, he wrote he is “delighted” to share his chambers with a fellow Coloradan.

Crown Forum, an imprint of Random House, will release Gorsuch’s book, “A Republic, If You Can Keep It,” a volume of the justice’s writings and speeches, as well as eight new essays, on Sept. 10. (RELATED: In This Case, It’s Sonia Sotomayor And Neil Gorsuch Against The Rest)

They say it’s the everyday things that matter most. So, when I recently moved my office from Denver to Washington, I spent a little time thinking about what I wanted on the walls. Unsurprisingly, my office bears personal reminders of family, friends, and my home in Colorado. But professionally, I wondered, who did I want looking down on me and who did I want to look up to every day? 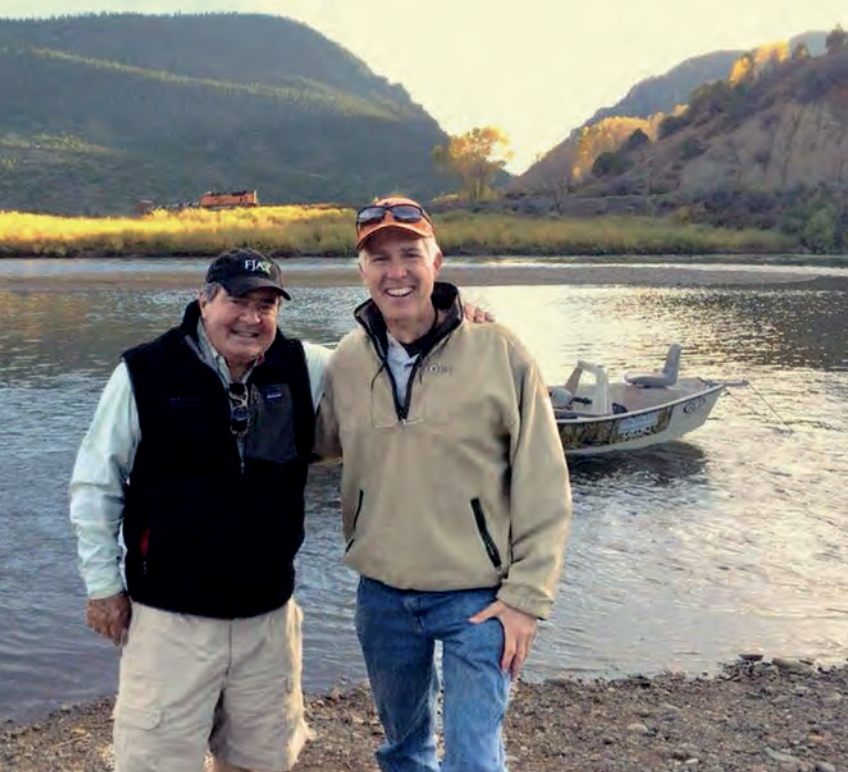 Justices Antonin Scalia and Neil Gorsuch are pictured on a fishing trip in 2014. (Via Crown Forum)

For starters, I knew that I wanted a reminder of the man who preceded me on the Court, Antonin Scalia. Maybe above all, I admire his intellectual humility. He didn’t claim the right to rule the country based on his personal preferences about how society should “evolve.” Bring him evidence about what the written words on the pages of the law books mean — evidence from the law’s text, structure, and history — and you could win his vote. I hope that my approach to judging on the Court will share at least that much in common with his. And, as it turns out, I wound up with a pretty unusual reminder of the man.

Some years ago on a hunting trip, Justice Scalia bagged an enormous elk that he proudly displayed in his office at the Court — even going so far as to name him Leroy. Leroy is so huge that, after the justice passed, it seemed he was destined to become homeless, much too much for anyone’s living room wall. And then someone got the idea that Leroy might make an unusual welcome-to-the-neighborhood gift for me. So it was that I was invited to a Scalia law clerk reunion at the Court and the great elk was rolled out and duly presented.

And the truth is, I am delighted to share space with Leroy because it happens that we share a few things in common: We are both native Coloradans. Neither of us will ever forget Justice Scalia. And we’ve both been crated and jumbled across the country to serve out our remaining time on display at the Supreme Court of the United States. 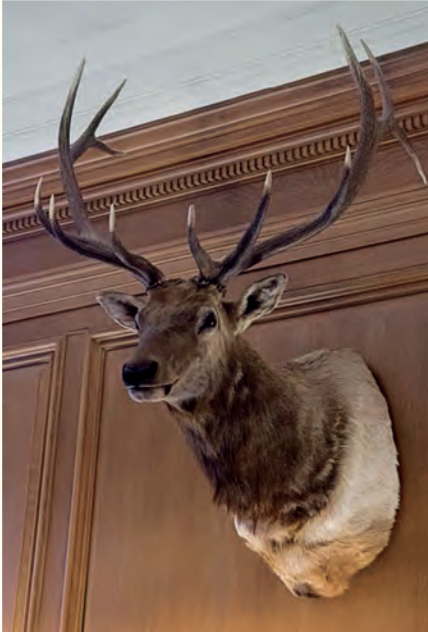 Leroy the elk is displayed in Justice Gorsuch’s chambers. (Credit: Collection of the Supreme Court of the United States)

I never went hunting with Justice Scalia, but a few years ago I did fly-fish with him. It’s a sport I’ve loved since I was a child growing up in Colorado. The peace and time in nature are for me restorative. When you’re in the Rockies, your mind tends not to wander elsewhere. But I soon came to learn that, while we might hold similar views on judging, Justice Scalia and I held very different views about fishing. Where I would suggest, say, gently unfurling a line in the direction of a rising trout, Justice Scalia preferred another approach: lashing the stream with the enthusiasm of a son of Queens. When I pointed to a spot likely to harbor trout, instead of stalking slowly in that direction he would storm over in his waders, look around, and then exclaim, “But you said there would be fish here!” As indeed there had been.

Excerpted from A REPUBLIC, IF YOU CAN KEEP IT by Neil Gorsuch Copyright © 2019 by Neil Gorsuch. Excerpted by permission of Crown Forum. All rights reserved. No part of this excerpt may be reproduced or reprinted without permission in writing from the publisher.