Some members of North Stanly High’s cheer squad will not be allowed to support their school’s football team for one year after they displayed their support for President Donald Trump.

On August 30, a group of cheerleaders posed with a banner that read “Trump 2020: ‘Make America Great Again'” before a Friday night football game. After the photos of the students and their banner circulated on social media, the North Carolina High School Athletic Association (NCHSAA) sprung to action Monday, placing those involved on “probation,” disallowing them to cheer for one year, reports the Daily Mail. 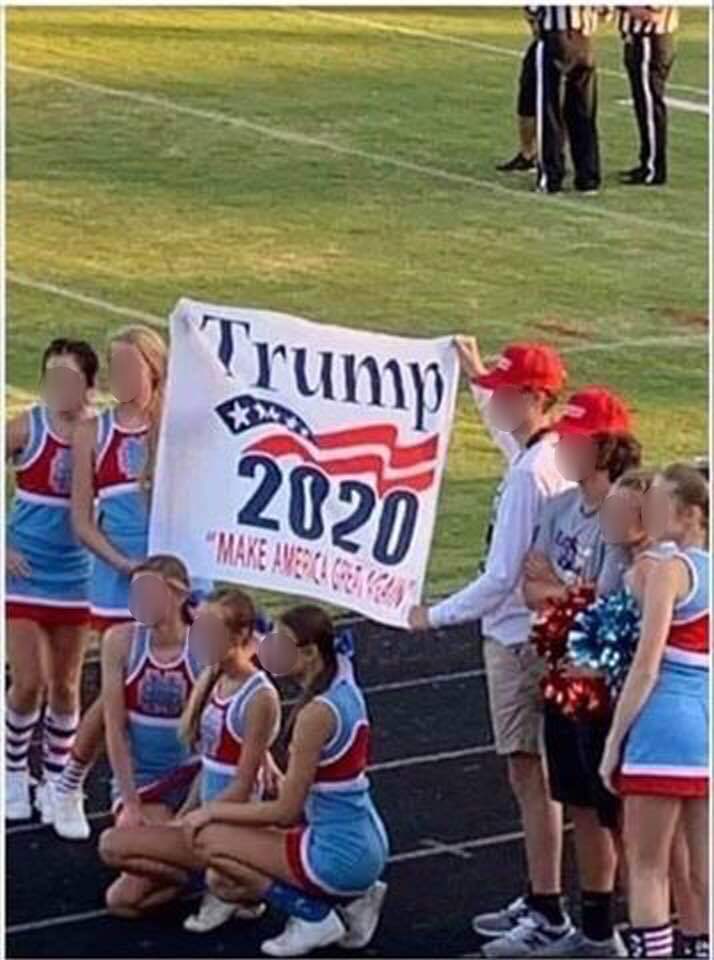 Stanly County Schools Superintendent Jeff James said the probation is to make sure the cheerleaders “don’t do it again,” as all North Carolina high schools have a policy against students displaying political signs, according to the Associated Press.

Despite the ban, the students are expected to keep cheering, which may result in fines or suspension from school if they continue to display political messaging, the Daily Mail reports. (RELATED: Progressive Author Urges ‘Normal People’ To Stop Wearing Red Baseball Caps Because They Remind Her Of MAGA Hat)

Hey @MarkMeadows – the @NCHSAA is targeting the North Stanly High School cheerleaders because they were photographed with a pro-Trump banner. https://t.co/egitGyZD7y They need your help, Congressman!

Nearly 1,000 people have signed up on a facebook event page to attend the school’s next football game wearing MAGA hats and other Trump campaign gear.

“Please come out and help me show the school and the NCHSAA that freedom of speech is not dead,” wrote the event organizer. “Please bring all your Trump and MAGA gear and lets throw our support behind the North Stanly High School cheerleaders.”

Amidst a social media frenzy, the high school seems to have taken down their Twitter and Facebook pages. Links to the school’s social media still exist on their website, but they lead to nothing but error messages.

Last year, another North Carolina high school student was forced to remove his Trump themed jersey while he attended a patriotic-themed football game.