“PR people are really like ‘loving your work at the NYT!’ Lady I haven’t even filed yet.”

MOOD: “In high school, I cut out a profile of Cokie and put it in my scrapbook. The ultimate model of a gracious yet tough-as-nails journalist, and someone I later came to know as one of the warmest, loveliest people. Hurting for the Roberts family and all who loved her.” — Matea Gold, editor, WaPo.

And just like that, Fox News is back in his good graces ….

They’re calling it “uproariously entertaining.” Which, true, it can sometimes be.

So … Can Josh Dawsey Spell?

“I was in the national spelling bee as an eighth grader,” Dawsey told The Mirror. “I went out in round two at the nationals. Repechage was the word. I hope I do better tomorrow night.”

When I suggested he may actually have a shot at this thing, he replied, “Let’s keep expectations low.” 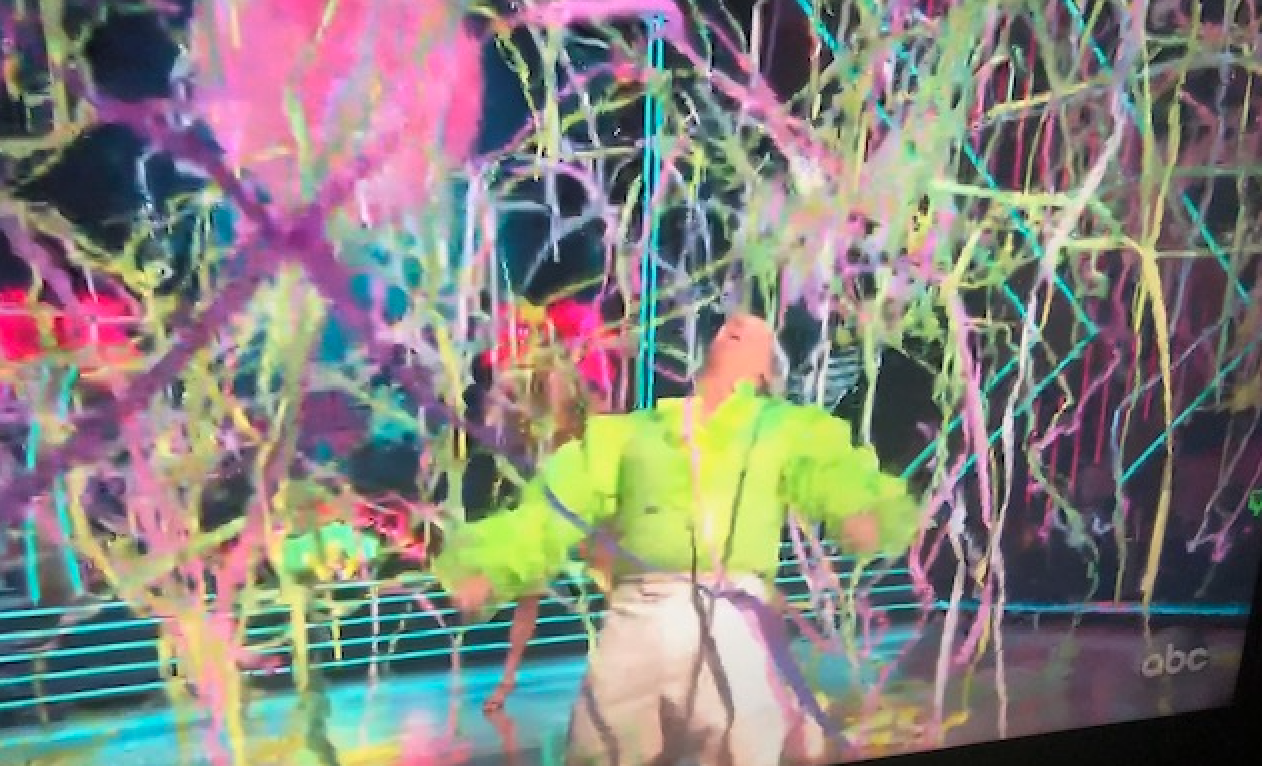 Spicermania … “Would I be a bad person if I secretly hoped that @seanspicer broke both of his legs competing on #DWTS?” — John Cooper, chairman of the Democratic Coalition. (RELATED: Spicer Debuts on  ‘DWTS’ In Ugliest Puffy Shirt You Could Ever Imagine)

Binyamin Appelbaum, editorial writer, NYT: “Seriously though imagine being famous for lying. That’s Spicer’s claim to fame: He lied, a lot, while serving as a government spokesperson. He lied about things that couldn’t possibly be true. Then he lied about lying. And now he’s dressed as a cocktail garnish.”

Jonathan Chait, writer, New York Mag: “Spicer’s goal is that his obituary lists something other than his inaugural crowd lie as the least-dignified moment of his life. He’ll fail.”

Elise Jordan, political analyst, MSNBC, NBC News: “I admit it, I’m jealous: Sean Spicer gets paid a lot of cash to work on his moves for a month and wear bedazzled tacky costumes.”

Asha Rangappa, CNN analyst, former FBI special agent: “I need a Twitter block button for any Sean Spicer/DWTS tweets after 9pm. No one should see this right before bed.”

SPICER: “Thank you @GovMikeHuckabee Clearly the judges aren’t going to be with me. Let’s send a message to #Hollywood that those of us who stand for #Christ won’t be discounted. May God bless you.”

White House hopeful Andrew Yang to sit down with fired SNL comedian: “Shane Gillis reached out. Looks like we will be sitting down together soon.”

Journo hits gym, calls woman a bitch: “Yesterday as I was walking to get coffee after a work out a woman from my gym yelled ‘don’t do it you just burned off those calories’ and I’m still mad at her, bitch I have to eat what the hell.” — Lyz Lenz, author, writer, Columbia Journalism Review.

“Re #BrettKavanaugh How many men & women-deep in middle age-are embarrassed by shit they did in high school &college? After decades as responsible adults: How much time must pass before distant-hazily or inaccurately recalled events-should still have power to disqualify or destroy?” — Geraldo Rivera, longtime FNC personality.