President Donald Trump now has a higher approval rating than former president Barack Obama had during the same time in his presidency.

“Trump’s approval rating on Wednesday was 44.3 percent, according to a Real Clear Politics average of more than a half-dozen major polls, as reported by Newsweek. That is higher than Obama’s average approval rating of 43.9 percent on September 18, 2011, by the same measure.”

Since Trump took office, Obama has bucked the tradition of former presidents keeping quiet about the next administration. Indeed, Obama and former first lady Michelle Obama criticized Trump repeatedly throughout 2017 and 2018. (RELATED: Michelle Obama Slams Female Trump Voters: ‘What Is Going On In Our Heads?’) 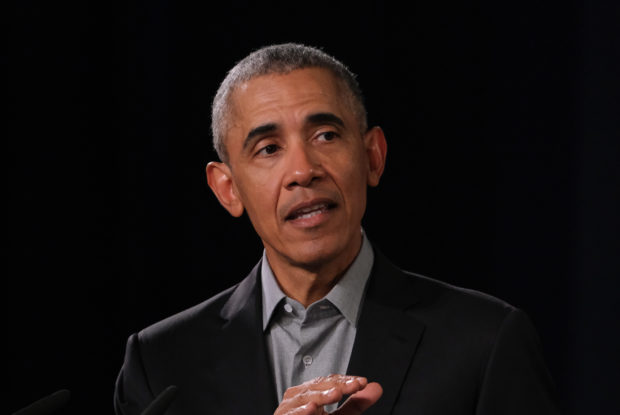 Obama also emerged during the 2018 midterm elections to sharply criticize Trump and encourage Americans to vote for Democrats.

.@BarackObama: “We can’t just put walls up all around America. Walls don’t keep out threats like terrorism or disease.” pic.twitter.com/6mB5TIEj0Z

“We can’t just put walls up all around America. Walls don’t keep out threats like terrorism or disease,” he said during a speech in September 2018.

During a speech in North Dakota, Trump mocked Obama’s criticisms of him, saying, “I’m sorry, I watched it, but I fell asleep. I found he’s very good. Very good for sleeping.”