President Donald Trump reportedly ordered officials to freeze $400 million in military aid to Ukraine at least a week before he got on a call asking the Ukrainian president to investigate former vice president Joe Biden’s son.

The Office of Management and Budget (OMB) relayed the order to the State Department and Department of Defense during an interagency meeting in mid-July, three senior administration officials told The Washington Post.

The president allegedly had “concerns” about the aid, which was eventually released on Sept. 11. In the meantime, officials were told to blame the delay on an “interagency process.”

A week after the order to freeze the aid, the president spoke with Ukrainian President Volodymyr Zelensky on a July 25 phone call that became the center of a whistleblower complaint. Trump admitted that during the call he asked Zelensky to look into former VP Biden’s role in pressuring the country to fire a top prosecutor that was investigating his son’s business dealings. 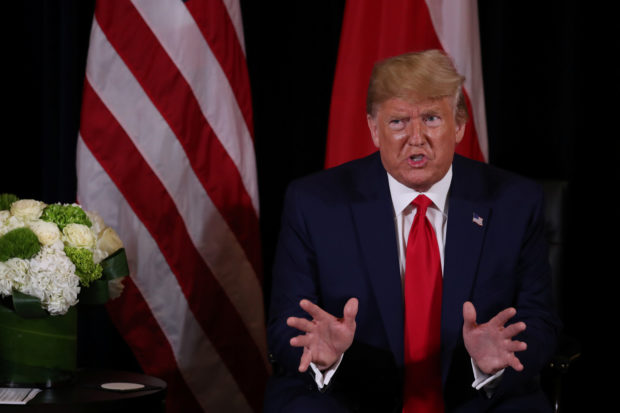 Democrats have used the information to spur calls for impeachment, alleging that Trump colluded by asking a foreign government to investigate a political rival — and withholding aid if they declined to do so. (RELATED: Whistleblower Complaint Has Reportedly Whetted Pelosi’s Appetite For Impeachment)

At least one senior administration official claimed the money was withheld because of concerns over Ukrainian corruption and that the decision to release it was contingent on the upcoming end of the fiscal year.

Trump denied the quid pro quo allegations Monday at the United Nations General Assembly, telling reporters, “I did not make a statement that you have to do this or I won’t give you aid.”

He also floated releasing the transcript of his call with President Zelensky, explaining that he doesn’t want to because it would set a bad precedent for future phone calls with world leaders but that it would prove the “dishonest press” wrong.