A Quinnipiac University poll released Wednesday found 27% of Democrats and Democratic-leaning independents would vote for Warren, while 25% said they would vote for Biden. Her lead comes within the survey’s margin of error, the surveyors noted.

“After trailing Biden by double digits since March in the race for the Democratic nomination, Warren catches Biden,” said Quinnipiac University Polling Analyst Tim Malloy. “We now have a race with two candidates at the top of the field, and they’re leaving the rest of the pack behind.” (RELATED: Warren Bought Lemonade From Two 11-Year-Old Girls. They Donated The Money To The March For Life) 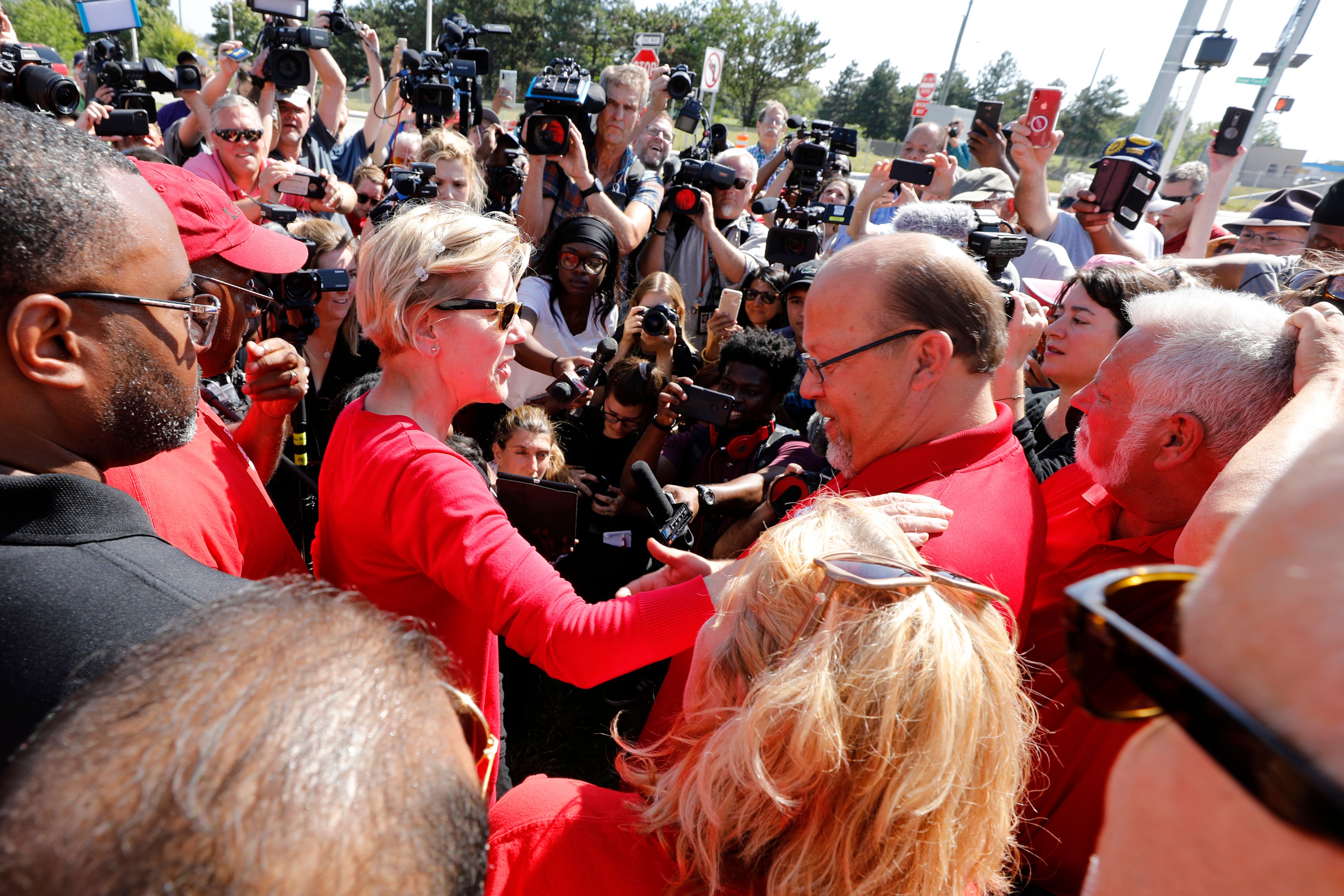 US 2020 Democratic presidential hopeful US Senator from Massachusetts Elizabeth Warren joins members of the United Auto Workers (UAW) and supporters as they picket outside of General Motors Detroit-Hamtramck Assembly in Detroit, Michigan, as they strike on September 22, 2019. (Photo by JEFF KOWALSKY / AFP)

This marks the first time a candidate has passed front-runner Biden in Quinnipiac’s poll since it began in March.

“Dig a little deeper, and the reasons behind Warren’s rise become more clear. She generates a lot of excitement as a potential nominee,” Malloy added. “On top of that, half of Democrats want a presidential candidate that supports big changes — even if it means things are harder along the way.”

Quinnipiac University conducted the poll from Sept. 19 to Sept. 23 and surveyed 1,337 self-identified registered voters. The poll had a margin of error of +/- 3.2 percentage points.