Elizabeth Warren has been slow to go on the attack against fellow Democratic presidential candidate Joe Biden, but she once portrayed him as a fake champion of women.

In Warren’s 2003 book, “The Two Income Trap,” she said Biden’s support for the Violence Against Women Act concealed the fact that he sold out working women by supporting a 2001 bankruptcy bill backed by industry lobbyists.

Biden was “allowed to sell out women in the morning and be heralded as their friend in the evening,” Warren wrote in the book, which she re-released in 2016.

Warren criticized left-wing women’s advocacy group NOW Legal Defense and Education Fund, which has since rebranded as Legal Momentum, for portraying Biden as a women’s champion in the Senate, despite his support for the bankruptcy bill.

Warren noted that “the NOW Legal Defense and Education Fund vigorously opposed the credit industry — backed bankruptcy bill, doing the painstaking legwork to convince nearly thirty other women’s groups as disparate as Church Women United, Hadassah, and the YWCA to join the fight.”

“Yet NOW Legal Defense also offered its very public support to Senator Joseph Biden, featuring him as women’s strongest ally in the Senate because he supported the Violence Against Women Act,” she continued. “Apparently, his support of this bill trumped any concerns the group might have had over the fact that Senator Biden is ‘the leading Democratic proponent’ and ‘one of the … strongest supporters’ of the very bankruptcy bill against which NOW Legal Defense had fought so hard.” 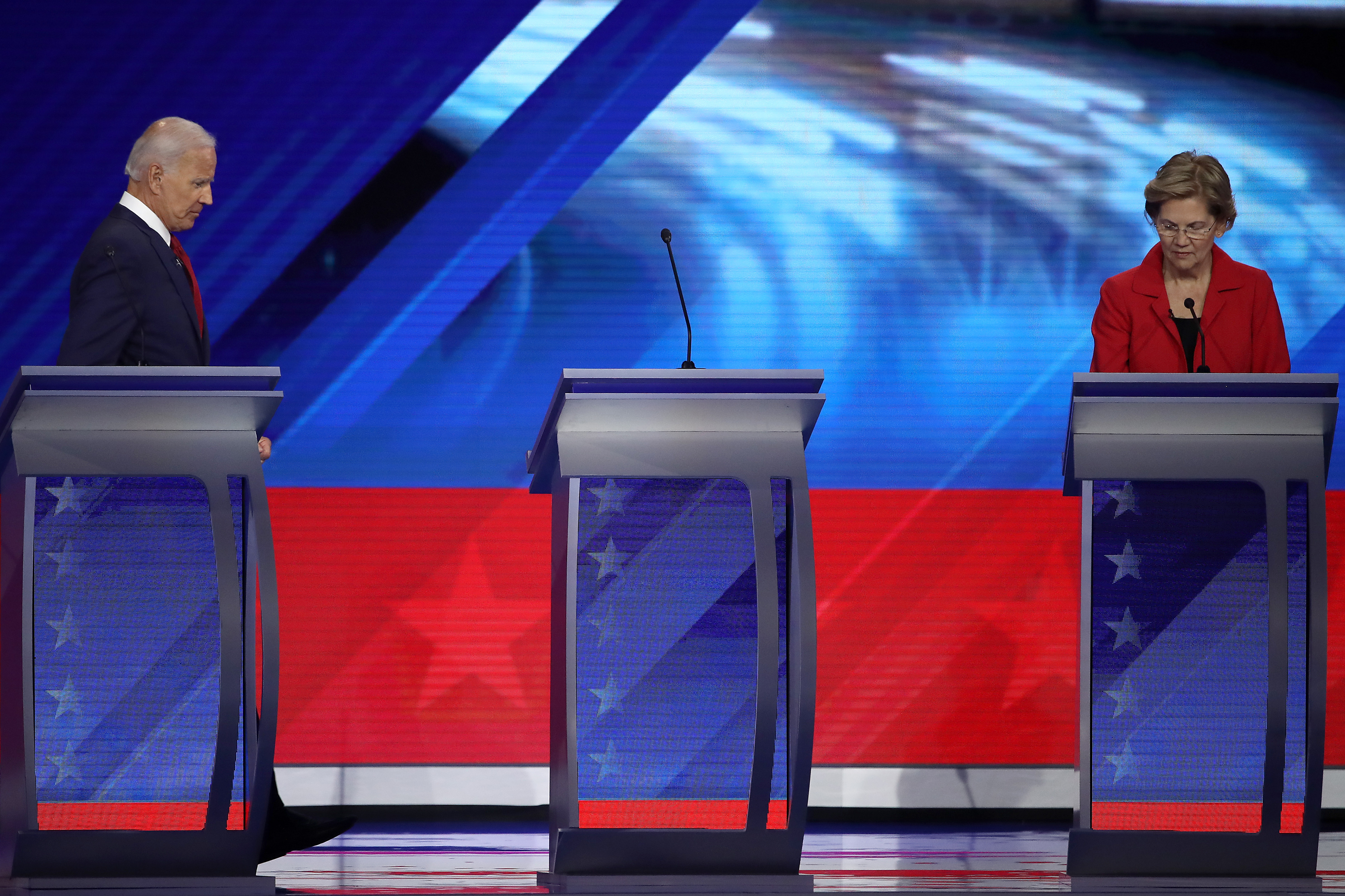 “The point is not to discredit other worthy causes or to pit one disadvantaged group against another. Nor would we suggest that battered women deserve less help or that subsidized day care is unimportant. The point is simply that family economics should not be left to giant corporations and paid lobbyists, and senators like Joe Biden should not be allowed to sell out women in the morning and be heralded as their friend in the evening,” Warren continued.

Neither the Biden campaign, the Warren campaign nor Legal Momentum returned the Daily Caller News Foundation’s request for comment on Warren’s criticism of Biden and the women’s group in her book. (RELATED: Questions About Joe Biden’s Mental Fitness Creep Into Mainstream)

Biden and Warren are neck-and-neck in the race for the Democratic presidential nomination. Either Biden or Warren is leading the race nationally, depending on the poll.

Recent polling has shown Warren leading Biden in both Iowa and New Hampshire, which hold the first two nominating contests of the 2020 campaign.