Chicago police officers have been instructed not to cooperate with the Department of Homeland Security, particularly involving the arrest of illegal aliens.

“Effective immediately, a CPD supervisor is required to respond to all requests for assistance from Department of Homeland Security Personnel,” the memo read. “If the request is to assist with an immigration arrest or detention, CPD personnel will leave the scene as directed by the CPD supervisor.”

Immigration and Customs Enforcement (ICE) is the agency within DHS that carries out removal operations of illegal aliens. Chicago has been a “sanctuary city” for years, but the directive appears to take the city’s aversion of federal immigration authorities to a new level. 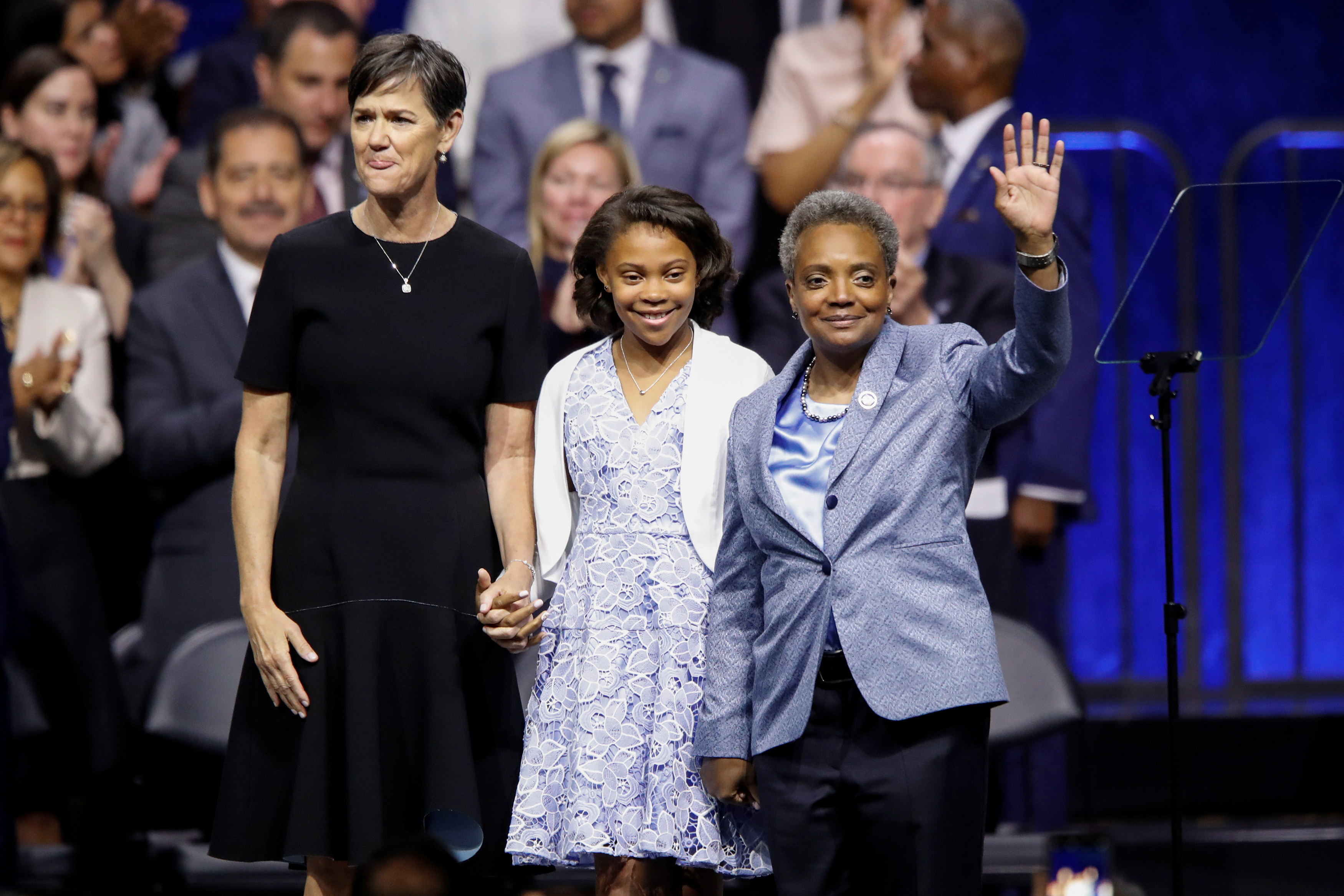 Lori Lightfoot (R) waves to the the crowd next to wife Amy Eshleman (L) and daughter Vivian (C) after speaking after being sworn in as Chicago’s 56th mayor during an inauguration ceremony at Wintrust Arena in Chicago, Illinois, U.S. May 20, 2019. REUTERS/Kamil Krzaczynski

Chicago in 2012 passed the “Welcoming City Ordinance” during then-Mayor Rahm Emanuel’s tenure. The rule forbid police and other law enforcement officers from inquiring about any individual’s immigration status. Since then, the city has repeatedly ignored detainer requests from ICE. The agency accused Cook County, which encompasses the city, of ignoring every single detainer request that was made to them.

Since the emergence of Mayor Lori Lightfoot, who entered office in May, the relationship between the city government and federal immigration authorities has further deteriorated.

“We will never, ever succumb to the racist, xenophobic rhetoric of ICE,” Lightfoot said during an immigration rally in late September. “We will continue to ban ICE from having access to any CPD databases. We’ll not allow any CPD officer to cooperate with anything related to ICE and its immigration raids.”

Chicago police confirmed that the memo originated from a superior, but it is not yet known if Lightfoot was involved. A spokesman for the police department did not respond to a request for comment from the Daily Caller News Foundation.

A spokesperson for DHS said the directive puts both their officers and the community at risk.

“The Department of Homeland Security is deeply concerned with the dangerous anti-law enforcement direction given by the leadership of the Chicago Police Department. The men and women of ICE put their lives on the line every day to protect the citizens of this country from dangerous criminals,” read a statement from a DHS spokesperson provided the DCNF. (RELATED: CBP Doles Out Contracts To Build Up To 65 Miles Of Border Wall)

The department also noted that it recently arrested a “twice-departed 61-year-old Mexican national” living in Chicago who had been convicted of aggravated sexual abuse.

“Thanks to the hard work by ICE, this criminal is off the streets and in immigration custody pending his removal to Mexico. Failing to support fellow law enforcement officers upon request for assistance not only places our heroic police officers in greater danger but keeps criminals on the streets and makes all of our communities less safe, specifically the great City of Chicago,” the statement continued.