The famous rock band KISS plans on taking their performance to a whole new level when they travel to Australia to perform an underwater concert for a group of sharks and fans.

Yes, you read that correctly. The group is scheduled to play “down under” to the great white sharks and eight lucky fans at a concert on November 18, according to Fox News in a piece published Thursday.  (RELATED: Gene Simmons Responds To Lifetime Ban From Fox News) 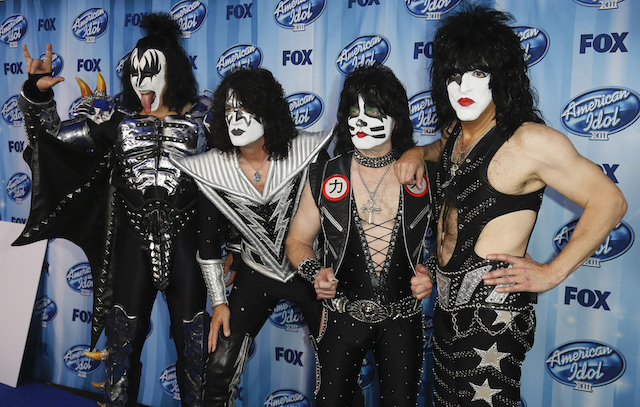 First, the group and fans will travel aboard separate boats to the southern coast of Australia. The brave fans will then be lowered beneath the surface of the water from their vessel to a viewing sub in an area known for shark activity. (RELATED: Gene Simmons: Donald Trump Is ‘Good For The Political System’)

KISS will then stay above the water on their boat and in full make-up and costume begin playing their concert. With the help of underwater speakers, the fans and sharks will get to enjoy the rock music surrounded by the incredible underwater scenery.

Singer and guitarist for the group, Paul Stanley, told the Associated Press he “was a little taken aback by it, but they explained that sharks are attracted to low frequencies and so they’re attracted to rock ‘n’ roll.”

“Since we’re going to be in Australia, it gives a whole new meaning to doing a concert down under,” he added.