A pair of recent surveys suggest that Justice Brett Kavanaugh’s contentious confirmation has not undermined public confidence in the Supreme Court.

The studies, from Gallup and the Pew Research Center, show a majority of respondents approve of the Court’s job performance or have a favorable view of the institution. The figures in both polls are consistent with results both organizations recorded shortly before Kavanaugh’s nomination.

A Wednesday Gallup report shows the justices command a 54% job approval rating ahead of the start of their new term on Oct. 7, drawing positive responses from a majority of Republicans, independents, and one-third of Democrats. Gallup analysts suggested that the Court’s job approval rating could be a function of its relatively amicable 2018-2019 term, in which the Court largely avoided divisive social controversies and dealt victories to both liberals and conservatives.

“The Supreme Court had a fairly non-controversial term in 2018, declining to take any major abortion cases and issuing decisions favoring both sides of the political aisle on other issues,” Gallup’s report reads.

Perhaps unsurprisingly, the Court’s approval rating is highest among Republican respondents, with 73% expressing satisfaction with the Court’s performance. A majority of independents, 54%, registered approval for the Court, as did 38% of Democrats.

A plurality approved of the Court’s ideological valence, with 47% of respondents saying the panel is “about right” ideologically. One-third said the justices are too conservative, and 17% said they are too liberal.

A July Pew survey relates similar results. Pew found that 62% of respondents have a favorable view of the Supreme Court. As with Gallup’s results, Pew found that approval of the Court is tied to political affiliation. Three-quarters of Republicans and Republican-leaning independents told Pew that they have a favorable view of the Court, compared to 49% of Democrats and Democrat-leaning independents.

Pew asked a slightly different question than Gallup. Where Gallup tracked job approval performance, Pew asked whether respondents had a favorable view of the Court.

Neither the Gallup nor Pew polls show significant top line changes in the Court’s standing with the public over time. Gallup data from July 2018 found 53% of respondents approved of the Court’s job performance, compared to 54% in Wednesday’s poll. Similarly, a March 2018 Pew poll pegged the Court’s approval rating at 66%, compared to 62% in the July study.

Though the Court’s numbers are strong on balance — especially as compared to the other branches of government — Pew found a steep decline in Democrat confidence in the Court in recent years. After the late Justice Antonin Scalia’s death in 2016, Pew polling showed almost three-quarters of Democrats and Democrat-leaning respondents had a positive impression of the high court. The results in July’s poll represent a 23 point drop in favorability among Democrats. 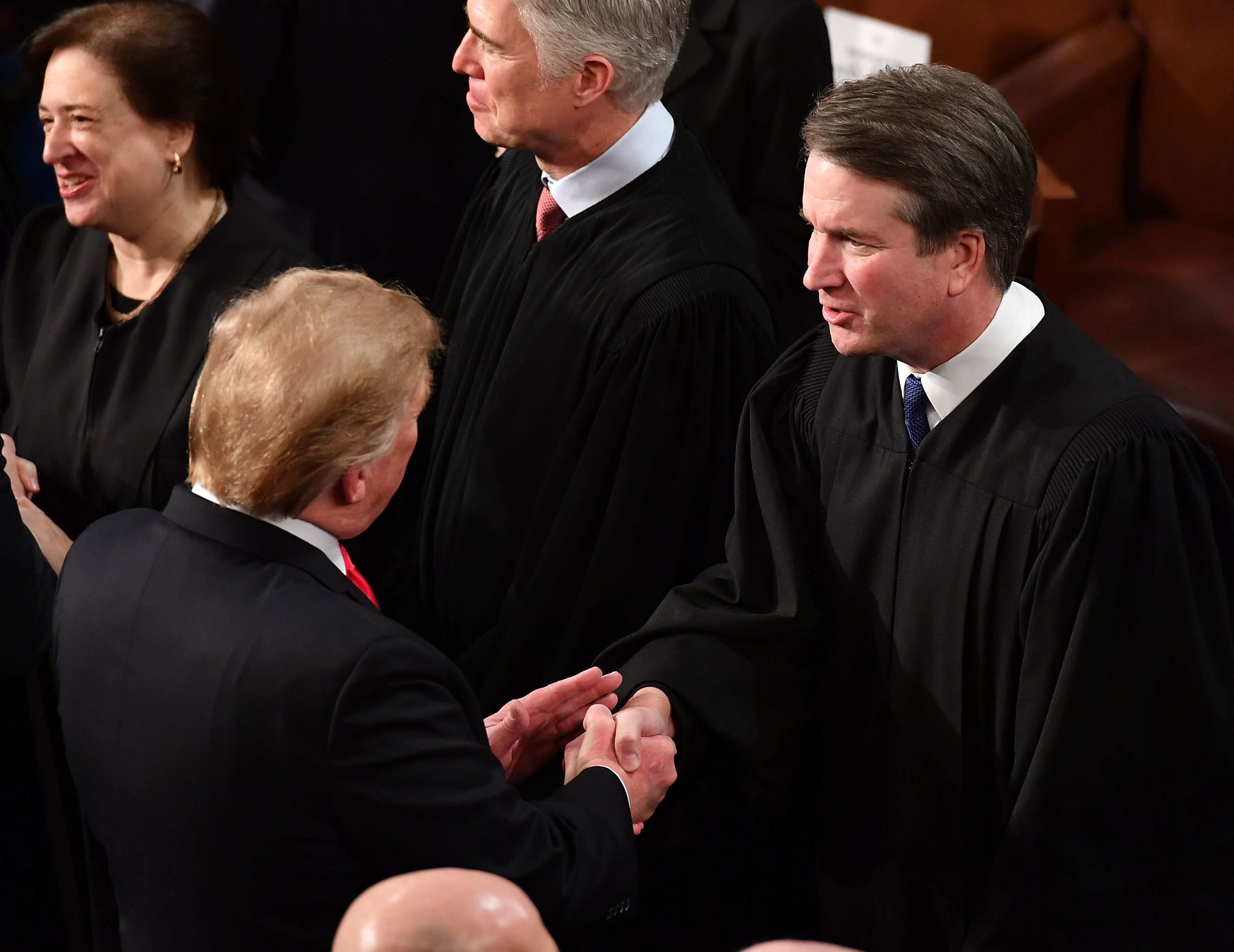 Gallup suggested that public perception of the Court’s ideological stance seems to turn with the party of the incumbent president. During former President Barack Obama’s second term, more Americans said the Court was too liberal than too conservative, though the opposite is true under Trump and former President George W. Bush.

“Americans’ views of the court’s ideology has shifted according to the party of the sitting president,” Gallup’s report reads. “Under Trump, as during George W. Bush’s second term, more Americans have said the court is too conservative than too liberal, while the reverse was true under Obama.”

That shift could occur because sitting administrations contribute to setting the Court’s docket. When deciding whether to take a case, the justices sometimes ask the executive branch to submit a legal filing expressing its views on the dispute — that move is called a “Call for the Views of the Solicitor General.” The Court gives the government’s recommendation great credence, but not total deference.