The call for a lax immigration system, and even open borders, has become a staple of progressive rhetoric. To call for deportation of illegal immigrants or even for strong border security is considered anathema in the modern progressive left. However, some of the historical luminaries of the progressive movement did not share their inheritors’ enthusiasm for a lenient immigration system and porous borders.

Numerous progressive leaders, from Teddy Roosevelt to Margaret Sanger to Cesar Chavez, have expressed opinions on immigration and America’s borders that would not find them many friends in the progressive movement of today.

Theodore Roosevelt was one of the first champions of progressivism. Though he is often revered by conservatives for his foreign policy and self-sufficiency-oriented personal philosophy, his domestic policies, which included trust-busting, regulation of private businesses and the first push for environmental protection, laid the foundation for modern progressivism.

However, his immigration policies would not be welcomed by modern progressives. During Roosevelt’s administration, the Chinese Exclusion Act, which banned the immigration of Chinese laborers into the United States, was extended indefinitely. The Chinese Exclusion Act was the first U.S. law to prevent people from a specific race or ethnicity from immigrating. The complete ban on Chinese immigrants was not lifted until 1943, and the subsequent immigration quota for Chinese immigrants wasn’t eliminated until the Immigration and Nationality Act of 1965.

The Immigration Act of 1907 was also signed into law during Roosevelt’s tenure. It further restricted which groups would be allowed into the United States, and completely prohibited all “idiots, imbeciles, feebleminded persons, epileptics, insane persons, and persons who have been insane within five years previous; persons who have had two or more attacks of insanity at any time previously; paupers.”

Roosevelt himself was an advocate of complete assimilation of immigrants into American culture and norms, a belief that would put him at odds with today’s progressives. During a speech in Des Moines, Iowa in 1918, Roosevelt said, “This is a nation — not a polyglot boarding house. There is not room in the country for any 50-50 American, nor can there be but one loyalty — to the Stars and Stripes.” 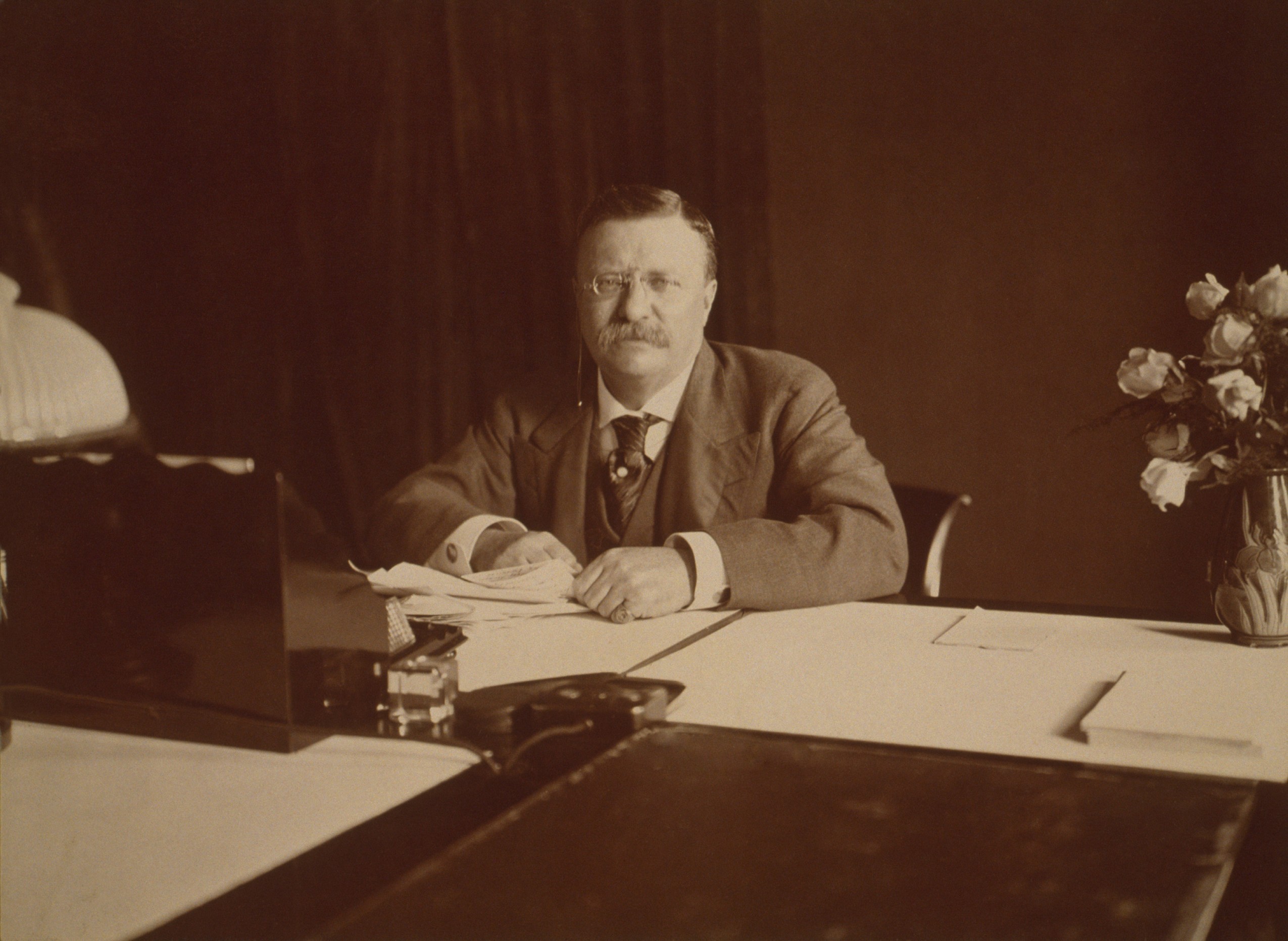 Samuel Gompers was one of the fathers of the American labor movement and founder of the American Federation of Labor (the AFL part of the AFL-CIO). However, during Gompers’ 38-year tenure as president of the organization, the AFL supported restrictive immigration policies such as the Chinese Exclusion Act and the highly restrictive Immigration Act of 1924, which created immigration quotas that effectively prevented immigration from Asia and reduced immigration from countries outside the Western Hemisphere by 80%. Gompers believed that immigrants, especially immigrants from Asia, depressed wages and competed for jobs with American workers. He also believed that non-European immigrants could not be assimilated into American society. (RELATED: AFL-CIO Openly Calls For Marxist Revolution: ‘Seize The Means Of Production)

Gompers’ view on immigration reflected that of many American labor unions in the early twentieth century. Most, one notable exception being Eugene V. Debs, believed that immigrants from Europe and Asia depressed the wages of American industrial workers.

Margaret Sanger was one of the first birth control activists in the United States and founded the organization that would become Planned Parenthood. Despite her position as an icon of the struggle for women’s reproductive rights, Sanger’s legacy has come under scrutiny. She was a fervent supporter of eugenics, and those beliefs also influenced her thoughts on immigration.

She wrote in 1932 that the U.S. should, “keep the doors of Immigration closed to the entrance of certain aliens whose condition is known to be detrimental to the stamina of the race, such as feeble-minded, idiots, morons, insane, syphiletic, epileptic, criminal, professional prostitutes, and others in this class barred from entrance by the Immigration Laws of 1924.”

She also advocated that the United States, should its birth rate fall below a sustainable rate, “Open the gates of the U.S.A. to those countries whose inhabitants have the inherent talents and national characteristics desirable, eliminating entirely those countries whose subjects have already been difficult to assimilate.” (RELATED: Alveda King Compares Alabama Democrat To Margaret Sanger)

Ralph Nader, the author of the highly influential 1965 book Unsafe at Any Speed, has been an influential advocate for consumer protection and environmentalism for over half a century. He ran as the Green Party candidate during the 2000 presidential election. Nader campaigned for the passage of several landmark pieces of legislation such as the Clean Water Act, the freedom of Information Act, the Consumer Product Safety Act and the Whistleblower Protection Act.

Nader has also been highly critical of advocates of open borders. He has charged that the policy of open borders is one advocated by large corporations that desire access to extremely cheap labor, undercutting American workers.

During his presidential campaign in 2000, Nader said, “We cannot have open borders. That’s a totally absurd proposition. It would depress wages here enormously, and tens of millions of people from all levels, including scientists and workers, would be pouring into this country.”

Instead, Nader advocated for an expanded work permit system and an easier path to legal citizenship. He said, “One way is to provide work permits for people who come in and do work for short periods of time that Americans don’t want to do instead of criminalizing the border.”

Cesar Chavez was a Latino American civil rights activist and founder of the United Farm Workers (UFW) Union. He conducted numerous strikes and boycotts to win greater rights for farm workers. He adopted the same nonviolent tactics as Martin Luther King Jr. and Gandhi to win over the American public to his cause. He also conducted a widespread campaign to encourage Latinos to register to vote. 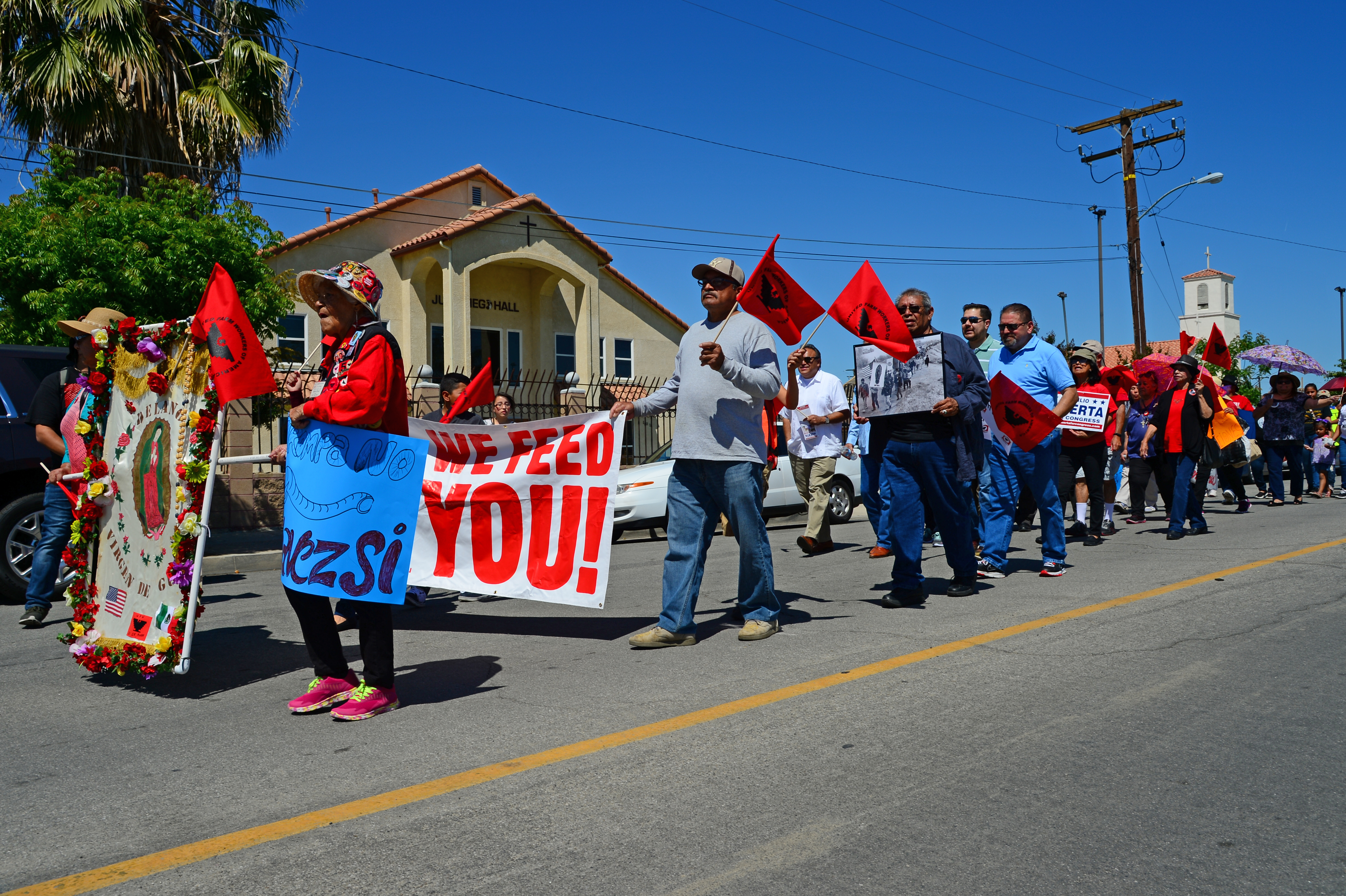 While he championed the rights of Latinos who were American citizens, he opposed the importation of immigrant labor by American farms. American farms would often import illegal and temporary workers into the U.S. to break strikes and prevent unions from forming. Therefore, Chavez was concerned that illegal and temporary workers would undermine the wage increases gained by the UFW’s efforts and thwart any attempts by the UFW to gain more concessions.

Chavez reported illegal workers who were brought in as strikebreakers to the Immigration and Naturalization Service. He also organized events in which members of UFW would patrol the southern border to prevent illegal immigrants from crossing.

After winning numerous battles for Latino workers’ rights, Chavez moderated his position. He and the UFW campaigned for provisions in the Immigration Reform and Control Act of 1986, which granted amnesty to nearly 3 million illegal immigrants.

He was posthumously awarded the Presidential Medal of Freedom in 1994.

These progressive luminaries, who were among the first to crusade for consumer protection, workers’ rights, reproductive rights, environmental protection and civil rights, would find themselves ostracized by their political descendants for their views on immigration.