As young black leaders gathered Friday in the White House for the Young Black Leadership Summit, one voice split the room asking for a moment to pray for President Donald Trump.

Turning Point USA’s Benny Johnson shared video of what happened when the president brought the young woman to the podium. Mahalet, once an abandoned, impoverished orphan from Ethiopia, earned smiles and cheers from the president and the gathered crowd. (RELATED: President Trump To Black Americans: ‘You Built This Nation’)

Mahalet was born in Ethiopia.
Abandoned by her parents, she lived as an impoverished orphan.

Mahalet was adopted by a loving, Christian American family at 11.

This week @TPUSA brought her to the WH. She asked to pray for our President. He brought her onstage-then this happened: pic.twitter.com/kYoUT365Rq

“I’m not really good with prayers or anything like that but I just want to say thank you, Mr. President, and I know we have a political warfare right now, but I strongly believe that it is a spiritual one as well,” Mahalet said to cheers from the crowd.

“And I want to make sure that I mean, I know that Americans are gonna wake up and we’re gonna get back to looking to God instead of social media and we’re gonna look back to Jesus because Jesus saves and this country was founded upon the Constitution, was built on Godly principles and we’re gonna fight for that,” she said. “And I just want to encourage you guys to pray every day for this nation.” 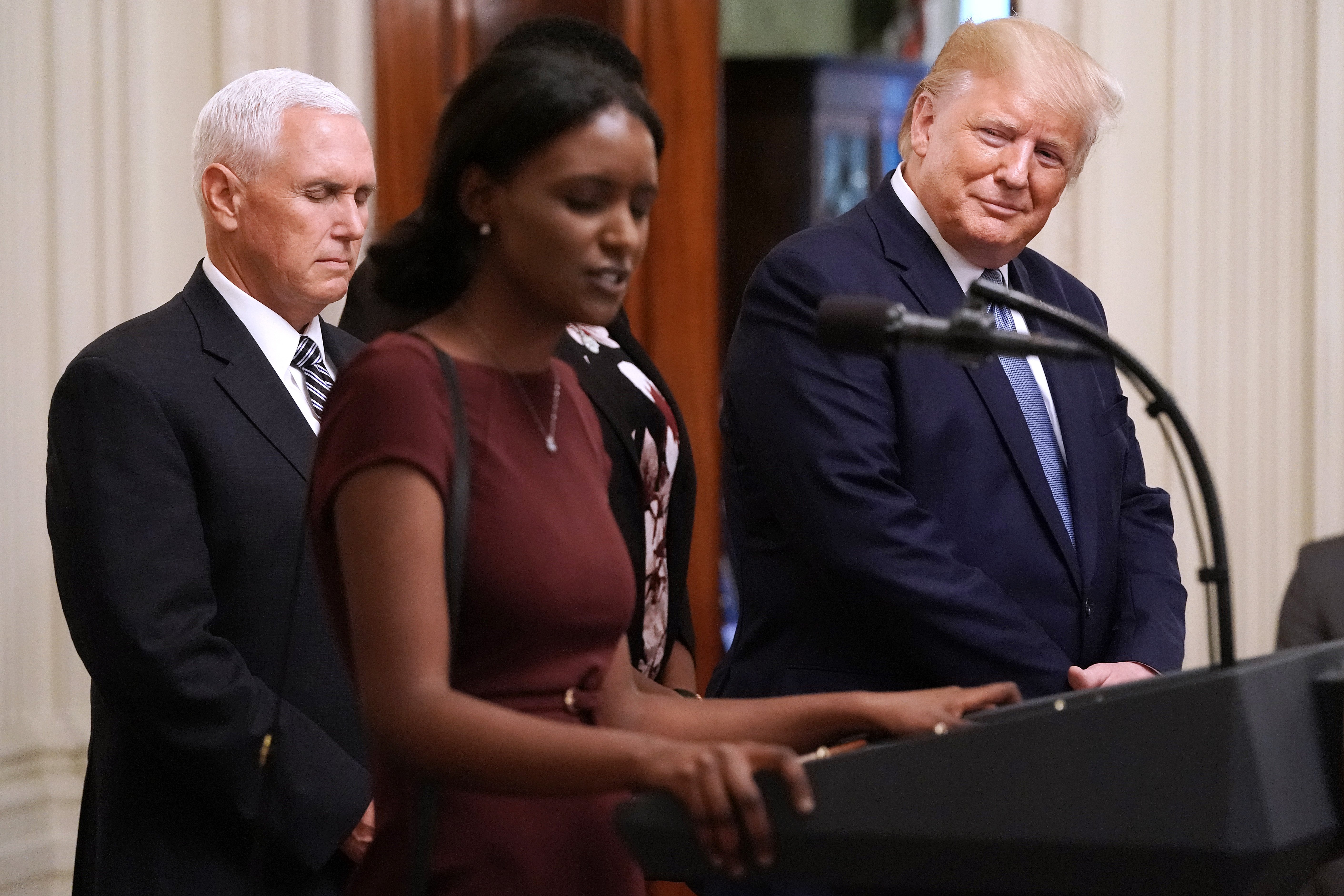 President Donald Trump (R) listens as a woman he invited on stage prays with Vice President Mike Pence during an event for the Young Black Leadership Summit. Chip Somodevilla/Getty Images

“Dear God, I’m not really good at this,” Mahalet laughed. “But I just want to say thank you so much for giving us this opportunity to be in the White House. Thank you for giving us a great leader like Trump, Mr. Donald Trump, and I would like to thank you for waking up our nation.”

She continued, asking God for protection both for the nation and for the president, adding, “God, I believe that you gave him to us and I believe that he’s gonna accomplish so much more. I know you have more for us.”

“Jesus I ask you to protect us and walk with us and in Jesus’ name the enemy tries to attack us every single day,” Mahalet concluded. “He tries to discourage us but he has no room.  He has no room, no more, and that’s all I have to say.” 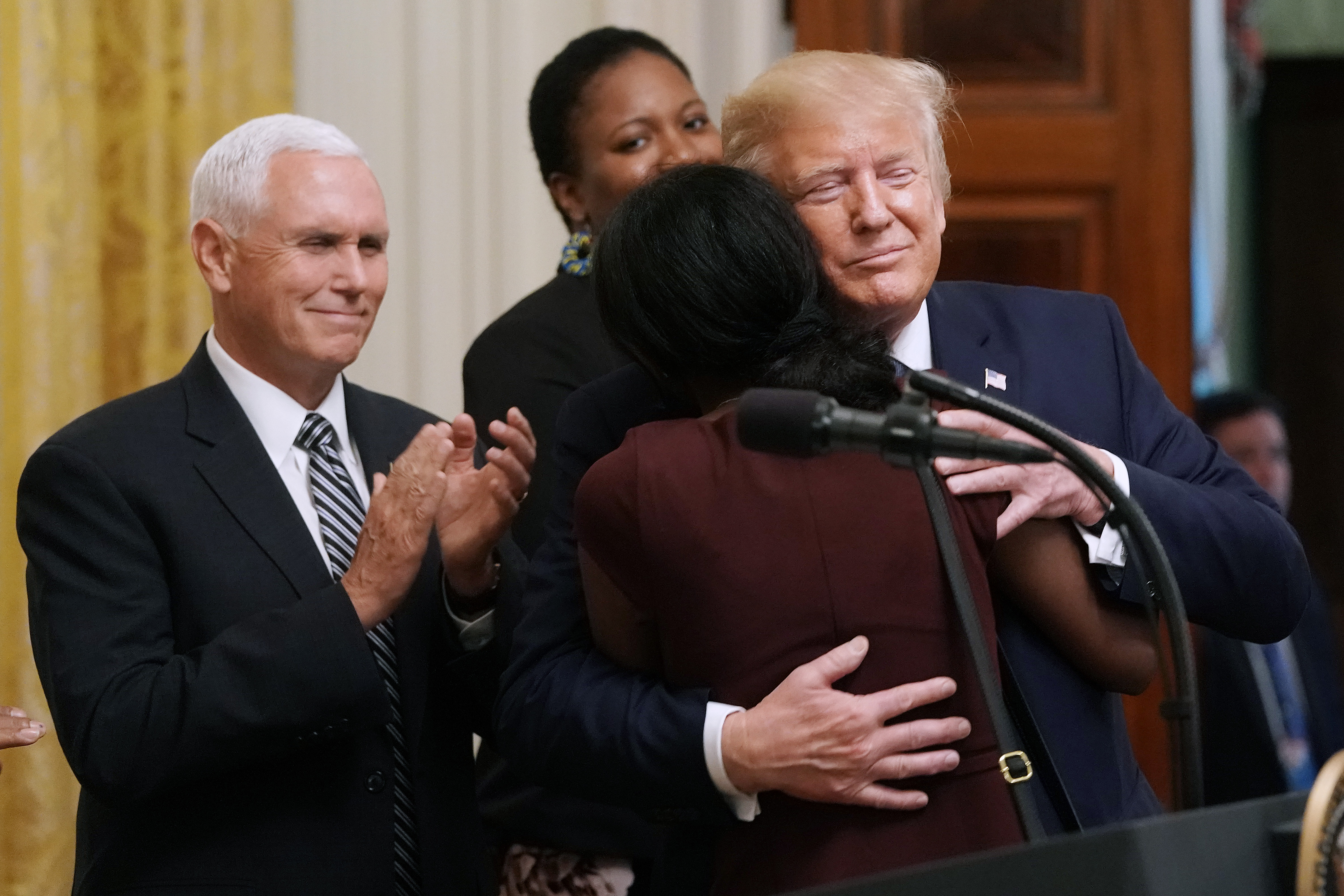 President Donald Trump embraces a woman he invited on stage to pray as Vice President Mike Pence looks on during an event for the Young Black Leadership Summit. Chip Somodevilla/Getty Images