Senate Majority Leader Mitch McConnell on Monday broke with President Donald Trump over his decision to pull U.S. troops out of northern Syria, saying it would only make matters worse.

“A precipitous withdrawal of U.S. forces from Syria would only benefit Russia, Iran, and the Assad regime. And it would increase the risk that ISIS and other terrorist groups regroup,” McConnell said in a statement. “As we learned the hard way during the Obama administration, American interests are best served by American leadership, not by retreat or withdrawal,” he continued.

“I urge the President to exercise American leadership to keep together our multinational coalition to defeat ISIS and prevent significant conflict between our NATO ally Turkey and our local Syrian counterterrorism partners,” McConnell said in the statement. (RELATED: Lindsey Graham: ISIS Fighters Have A ‘Second Lease On Life’ Because Of Trump’s Withdrawal From Syria) 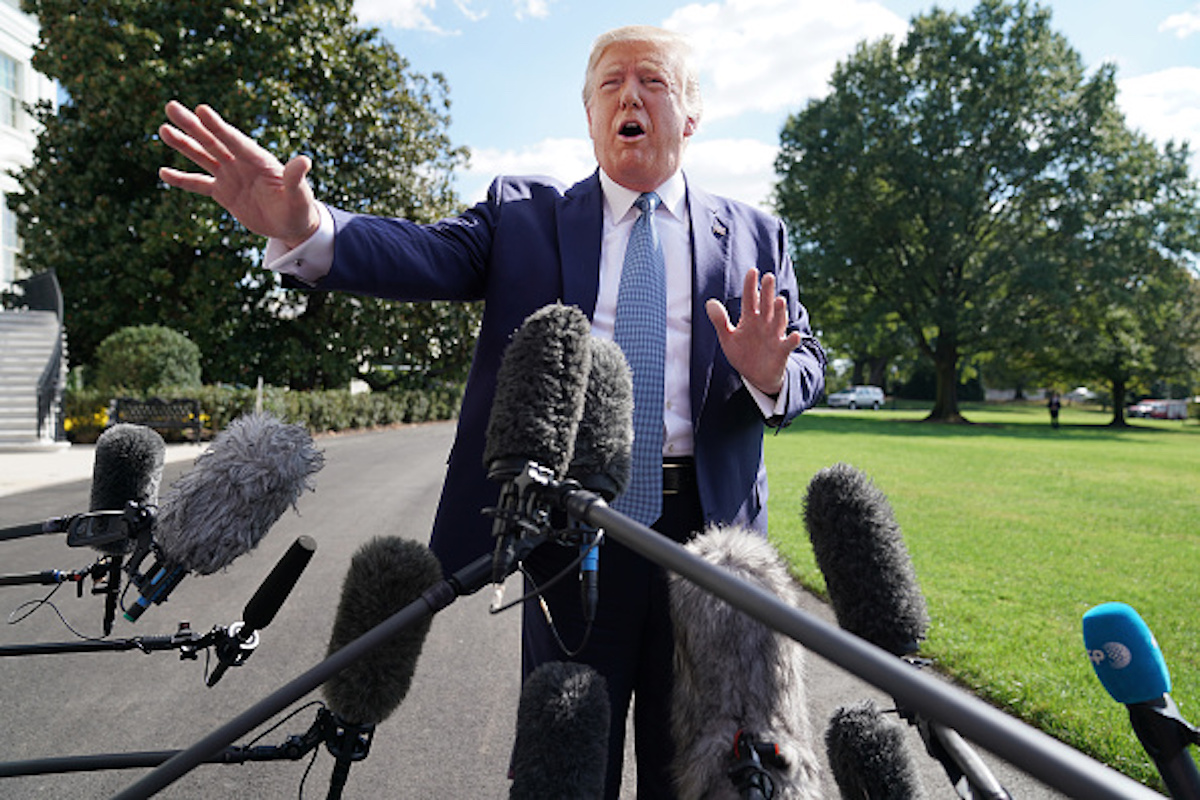 President Donald Trump talks to journalists on the South Lawn of the White House before boarding Marine One and traveling to Walter Reed National Military Medical Center October 04, 2019 in Washington, DC. (Photo by Chip Somodevilla/Getty Images)

A number of other Republicans have come out against Trump’s decision to pull U.S. troops, including South Carolina Sen. Lindsey Graham, Florida Sen. Marco Rubio, Wyoming Rep. Liz Cheney, and former U.S. Ambassador to the U.N. Nikki Haley. (RELATED: Here’s What Republicans Are Saying About Trump’s Decision To Pull Troops From Syria)

Trump announced his intent to pull troops out Monday morning. The decision would let Turkish forces take over the area and potentially harm allied Kurdish fighters.