Most American voters believe that President Donald Trump faces impeachment not because of his Ukraine call, but because of “all of the things he has done during his Presidency,” a GOP poll released Monday shows.

Further, 62 percent of voters in districts Trump won, but are represented by Democrats, said Trump’s call was not impeachable.

Most voters do not believe that Trump’s phone call with Zelensky was impeachable, the poll found. Similarly, a majority of voters (62 percent) think impeachment sidetracks House Democrats even further from the little they have accomplished. 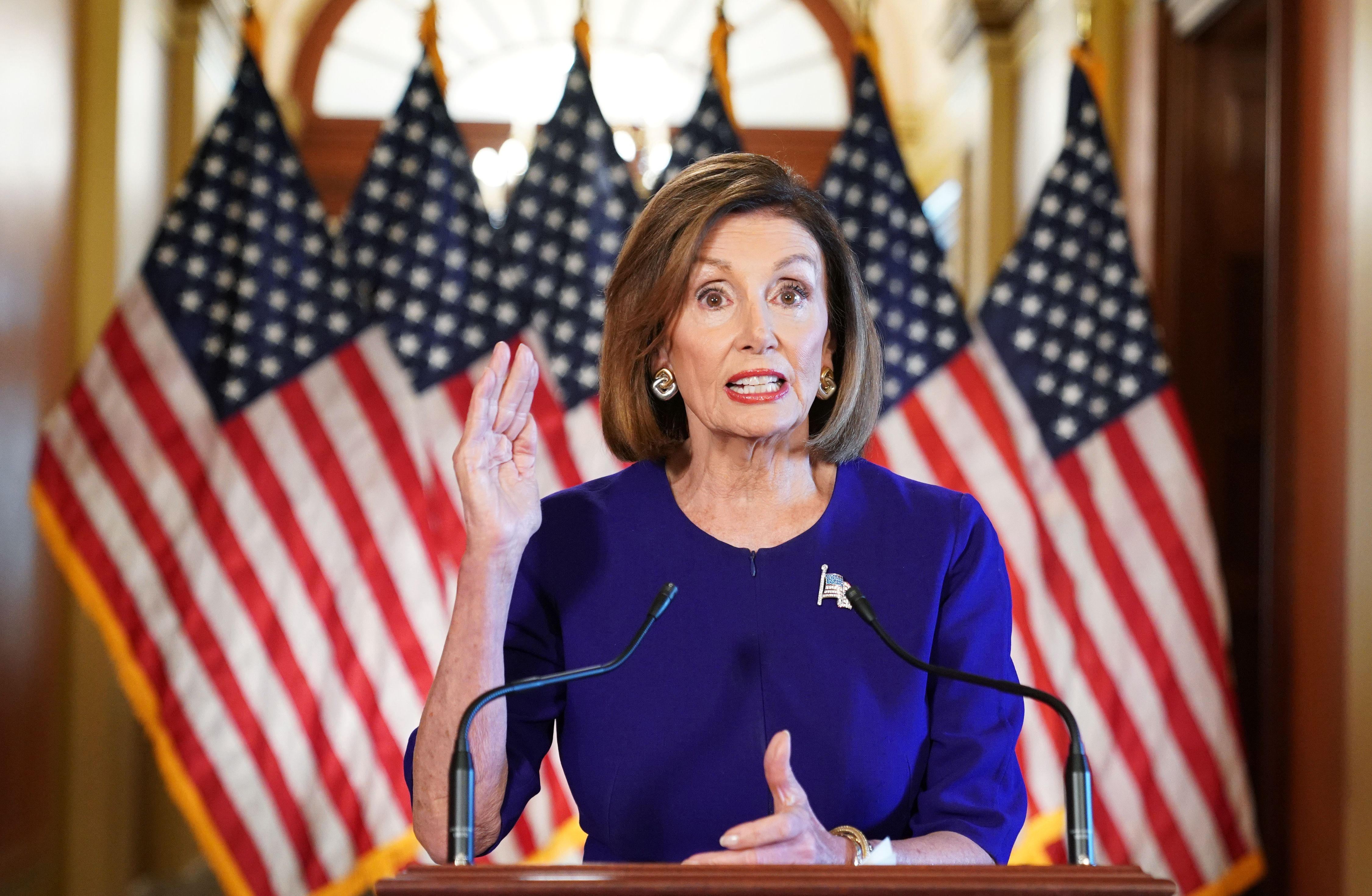 TOPSHOT – US Speaker of the House Nancy Pelosi, Democrat of California, announces a formal impeachment inquiry of US President Donald Trump on September 24, 2019, in Washington, DC.  (Photo by MANDEL NGAN/AFP via Getty Images)

Public Opinion Strategies conducted the survey on behalf of National Republican Congressional Committee and Team McCarthy, polling 800 registered voters between Oct. 1-3 throughout 95 congressional districts, 55 of which are Democratic districts and 40 of which are Republican. The 55 Democratic districts are also considered NRCC targets, and the poll had a margin of error of +/-3.46%.

A Monmouth University poll released Oct. 1 found that 44 percent of Americans think Trump should be impeached, while 52 percent disagreed with impeachment.