Independent Vermont Sen. Bernie Sanders is slowing down the pace of his presidential campaign, but he feels “more strongly about the need for a political revolution today than I did when I began this campaign.”

Sanders, who suffered a heart attack last week that necessitated urgent angioplasty surgery, admitted that his health has become an issue in his quest to secure the Democratic presidential nomination for 2020, according to The New York Times.

“I think we’re going to change the nature of the campaign a bit,” Mr. Sanders told reporters after a visit with a local cardiologist. “Make sure that I have the strength to do what I have to do.”

When asked to define the nature of that change, Sanders responded, “Probably not doing four rallies a day.”

The self-described democratic socialist senator told staffers in a Monday phone call that he feels “more strongly about the need for a political revolution today than I did when I began this campaign,” The Times noted.

After his surgery, Sanders got up from his hospital bed to make a pitch for Medicare for All. (RELATED: Would ‘Medicare For All’ Have Been There For Bernie?)

Despite his medical troubles, Sanders remains committed to running for president. He told reporters Tuesday that he will continue to vigorously campaign for the nomination.

“We were doing, you know, in some cases five or six meetings a day, three or four rallies and town meetings and meeting with groups of people,” Sanders said, according to The Times. “I don’t think I’m going to do that.” 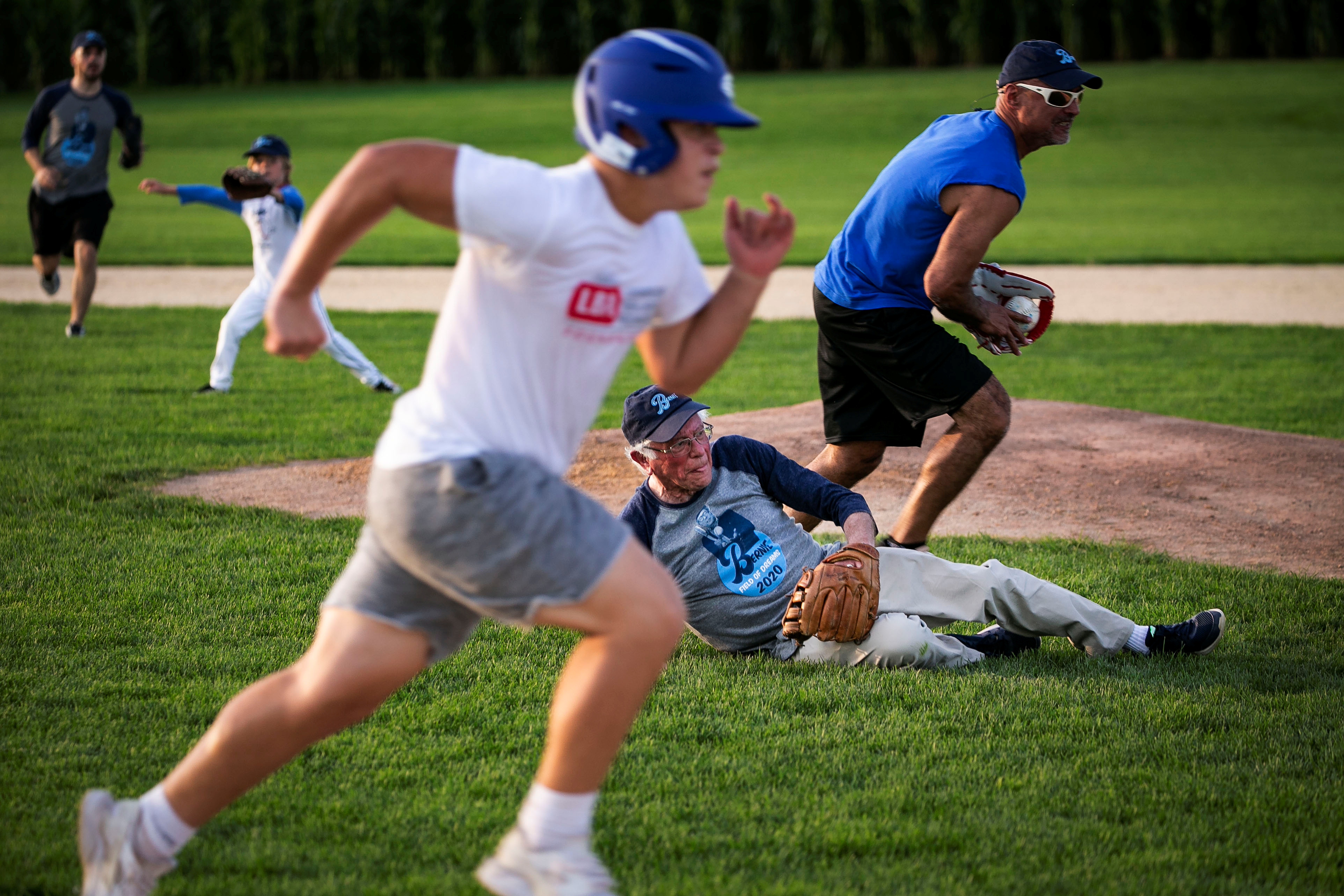 2020 Democratic U.S. presidential candidate and U.S. Senator Bernie Sanders dives for the ball during a baseball game between his staff, “The Revolutionaries,” and the Leaders Believers Achievers Foundation at the “Field of Dreams” movie site in Dyersville, Iowa, U.S., Aug. 19, 2019. REUTERS/Al Drago

Sanders’ admission of his potential health issues could be the most serious impediment to his campaign since accusations earlier this year of labor troubles.

Sanders remains a top fundraiser and grabbed $25.3 million in the third quarter, more than any of his presidential nomination competitors, The Times noted.